By Staff ReporterUpdated:12 months ago on December 9, 2021 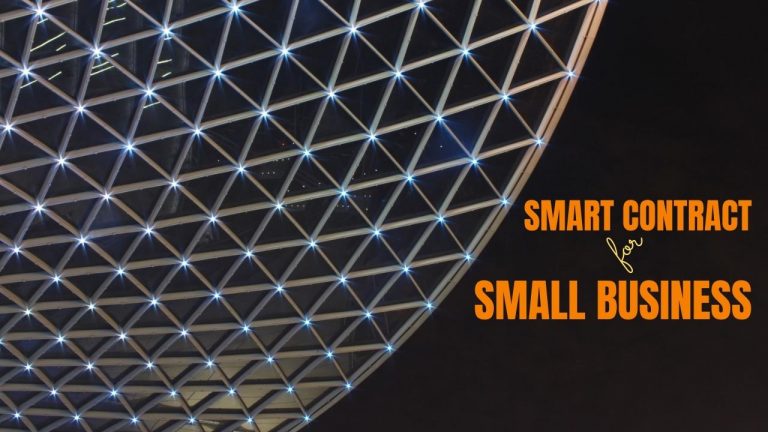 The term “smart” has become very popular in recent years: we live in “smart cities,” we use “smart fridges” or “smart ovens,” and we couldn’t function without our “smartphones.”

The adjective “smart” denotes that the object’s functionality has been greatly enhanced through the use of software applications, i.e., a portion of the functionality has been automated. The “smart oven” cooks food in the same way as its predecessor, but it can be turned on and off remotely and monitored from afar. A smartphone is a phone that allows us to call people without having to touch the pad, as well as perform other useful tasks for us.

Smart contracts, like traditional contracts, define rules and penalties for an agreement and automatically enforce those obligations. While many smart contracts can be used independently, they can also be used in conjunction with one another.

Objects are the essential components of a smart contract. A smart contract has three main objects: the signatories, who are the parties involved in the smart contracts who use digital signatures to approve or disapprove the contractual terms; the subject of agreement or contract; and the specific terms.

Smart contracts are an important component of many blockchain-based ecosystems, particularly application-focused blockchains like Ethereum. These digital contracts are trustless, autonomous, decentralized, and transparent — and once deployed, they are usually irreversible and unmodifiable. The benefits of smart contracts include reducing – or even eliminating – the need for intermediaries and contract enforcement in an agreement or transaction. That’s because, in the case of a smart contract, the code defines the transaction’s mechanisms and serves as the final arbiter of the terms.

Nick Szabo was the first to coin the term “smart contract.” His definition can be popularized to a computer code created to automatically execute contractual tasks upon the occurrence of a triggering event or agreements in which the execution process is typically automated by a computer program. Furthermore, The Chamber of Digital Commerce, the world’s most important trade association representing digital assets and blockchain, defines smart contracts as “computer code that can automatically specify run-on functions upon the emergence of a certain condition or conditions.”

The underlying smart contract code is largely responsible for security. Contracts on Ethereum, for example, are written in the Turing-complete Solidity programming language. This means that the rules and limitations of smart contracts are built into the network’s code and cannot be manipulated by a bad actor. These restrictions, ideally, would reduce scams or hidden contract alterations. A smart contract can only be implemented if all participants agree and sign off on it. Then it’s ready to go.

In more technical terms, the concept of a smart contract can be divided into several steps. First and foremost, a smart contract requires an agreement between two or more parties. Once this is established, the two parties can agree on the conditions under which the smart contract will be considered complete. The decision would be enshrined in the smart contract, which would then be encrypted and stored in the blockchain network.

Use cases of smart contracts

Smart contracts have a plethora of applications — businesses, e-commerce, education, healthcare, finance, and other industries would all benefit greatly from embracing innovation.

Here are the industries that are leading the way in terms of smart contract implementation:

Smart contracts in e-commerce would help to create an environment conducive to risky purchases. When a customer checks out on the website, for example, the payment for the purchase is recorded on the public ledger. After the product has been shipped and delivered safely, the seller will have access to the funds.

The costs of processing claims in the insurance industry are undeniably high. In addition, it loses millions of dollars due to fraudulent claims. Smart contracts, in addition to supporting the initial insurance policy, can help improve claims processing in a variety of ways. They can, for example, allow for error checks and determine payment amounts based on criteria that take into account the type of policy held by the individual or organization. Reduced machining times, a significant reduction in errors, and lower costs are among the main advantages once again.

Employees of multinational corporations frequently feel unprotected because they cannot win a court case against an employee with significantly more money and human resources. After smart contracts are implemented, both the job candidate and the employer can only agree to terms that protect both parties’ personal rights and ensure fair treatment.

Later, the contract will be executed on its own — there will be no way for an employee to change it or read the document in a way that was not intended. Smart contracts generate a valuable record database in which the salary and responsibilities of each employee are meticulously documented, increasing transparency.

With the aforementioned use cases, it can be seen that smart contacts offer a wide range of benefits for laymen and professionals in different industries, especially small business owners. However, the Transient network is the Amazon of smart contracts that houses numerous smart contracts for easy integration.

What is Transient Network?

Users will be able to “choose their own adventure” when it comes to smart contract management and execution via Transient’s web 3.0 portal. The process, which is simple and intuitive, does not require any coding. The project’s goal is to become a well-known decentralized application (dApp) used in the legal, financial, and medical systems.

Most people and businesses lack the technical knowledge required to participate in smart contracts. They are no longer deprived of the immutability, transparency, speed, accuracy, and hyper-security that smart contracts bring to any transaction or agreement with the release of TSC-Core.

Smart contracts make transactions and agreements between anonymous and identified parties easier. Allowing less-tech-savvy individuals and businesses to use smart contracts will accelerate blockchain adoption across a wide range of industries and aspects of life.

Transient’s Smart Contract Global Marketplace is designed from the ground up to increase blockchain adoption across all industries and walks of life by hosting and enabling the instant creation and distribution of a diverse set of self-enforcing and self-executing smart contracts. Small businesses will find what they can use on the network.

Blockchain Featured Smart Contracts Web 3.0
Disclaimer
Read More Read Less
The information provided on this website shouldn’t be considered as investment, tax, legal, or trading advice. Morning Tick is not an investment advisory platform, nor do we intend to be. The publication, its’s management team, or authored-by-line doesn’t seem liable for your personal financial losses, which may be due to your panic decisions based on the content we published. We strongly recommend considering our stories as just a piece of information, unlike advice, recommendations, or requests. Some of the contents may get outdated, updated, or inaccurate despite our profound editorial policies. We urge readers to do their due diligence before making any investments decision with ongoing IDOs, ICOs, IEOs, or any other kind of financial offerings. Few outbound links may be commissioned or affiliated, which helps us grow financially and maintain healthy editorial norms. For more information, visit disclaimer page.
Share. Facebook Twitter Pinterest LinkedIn Email Reddit WhatsApp
Previous ArticleMetarex uses NFT and blockchain technology to make Tyrannosaurus rex fossil public
Next Article LaCucina to pioneer its DeFi engagement platform on Binance Smart Chain