Here’s what SEC revealed after lawsuit against Ripple 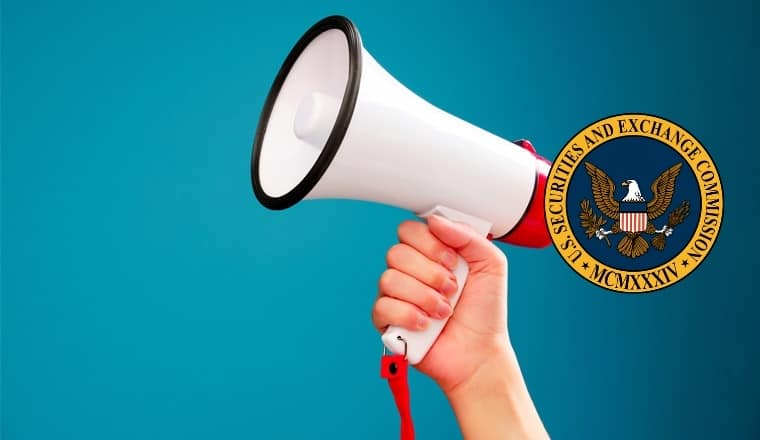 Ripple’s XRP has witnessed a massive blow after the US Securities and Exchange Commission (SEC) filed a lawsuit claiming the company sold the token as a security. Alongside its price drop by almost 90%, this even put the cryptocurrencies’ identity to question.

Inevitably, stakeholders and investors have been calling for better clarity on XRP’s legitimacy. SEC finally broke its silence in the first official interview with Forkast since the lawsuit. SEC commissioner, dubbed Crypto Mom, Hester Peirce said the organization must do better and that enforcement isn’t always the best way to provide guidance.

Stressing on how the matter is not being dealt properly by the regulating body, Pierce also said:

Pierce highlighted that “everyone needs to look at the facts and circumstances,” and further stated that her own views are not the same as those of her SEC associates. For an enforcement action to pass, three of five SEC commissioners must vote in favor. She continued:

“In enforcement actions, it’s often a unanimous vote, but it’s sometimes not – once that vote has been taken, the litigation moves forward. Often, you’ll see that the litigation ends in a settlement – sometimes it goes through and the litigation actually plays out in court.”

Furthermore, Peirce added that while the US Treasury Department’s Financial Crimes Enforcement Network (FinCEN) classified XRP as a digital currency, every agency follows its own regulations. “I think that’s not only a problem with respect to digital assets, it’s actually a broader problem because we have this very open-ended category called an ‘investment contract’.

“So something might be characterized as one thing by another agency, yet still be a security under our rules, and that can be frustrating for people,” she said.

Building on the need for crypto regulation and what the US election results might mean for the industry, Peirce said: “a lot is going to depend on who the chairman is under President Biden, and that will help determine the direction that the Commission goes on a lot of issues, but cryptocurrency being one of them.”

“[The] SEC hasn’t done a fantastic job in getting out in front and setting clear lines for crypto and other countries have been much faster to do that,” she added.

It should be noted that Ripple maintains that the lawsuit is a direct attack on the crypto industry as a whole. “We’ve always said that there is a dangerous lack of regulatory clarity for crypto in the U.S. — their lawsuit has already affected countless innocent XRP retail holders with no connection to Ripple,” it said in a previous statement.

The first pre-trial hearing of the lawsuit is to take place on Feb 22. An official legal response from Ripple is expected “within a few weeks.”

In the aftermath of this kerfuffle, several platforms suspended support for XRP. Including crypto-asset manager Grayscale which said it removed XRP from its Digital Large Cap Fund at the end of December. Ripple Investor Tetragon Financial Group sued the company to redeem its equity and in response, CEO Brad Garlinghouse tweeted that he was “disappointed that Tetragon (who owns 1.5% of Ripple) is seeking to unfairly advantage itself through the SEC’s allegation.”

Brad Garlinghouse Ripple and XRP SEC
Disclaimer
Read More Read Less
The information provided on this website shouldn’t be considered as investment, tax, legal, or trading advice. Morning Tick is not an investment advisory platform, nor do we intend to be. The publication, its’s management team, or authored-by-line doesn’t seem liable for your personal financial losses, which may be due to your panic decisions based on the content we published. We strongly recommend considering our stories as just a piece of information, unlike advice, recommendations, or requests. Some of the contents may get outdated, updated, or inaccurate despite our profound editorial policies. We urge readers to do their due diligence before making any investments decision with ongoing IDOs, ICOs, IEOs, or any other kind of financial offerings. Few outbound links may be commissioned or affiliated, which helps us grow financially and maintain healthy editorial norms. For more information, visit disclaimer page.
Share. Facebook Twitter Pinterest LinkedIn Email Reddit WhatsApp
Previous ArticleCrypto market may face $60b liquidity crunch, says Investment strategist Raoul Pal
Next Article Broken capitalist system made the Bitcoin price to rise, says Hashed CEO Simon Kim