EV sales surge in South Korea, Hyundai and Kia planning to catch up with Tesla 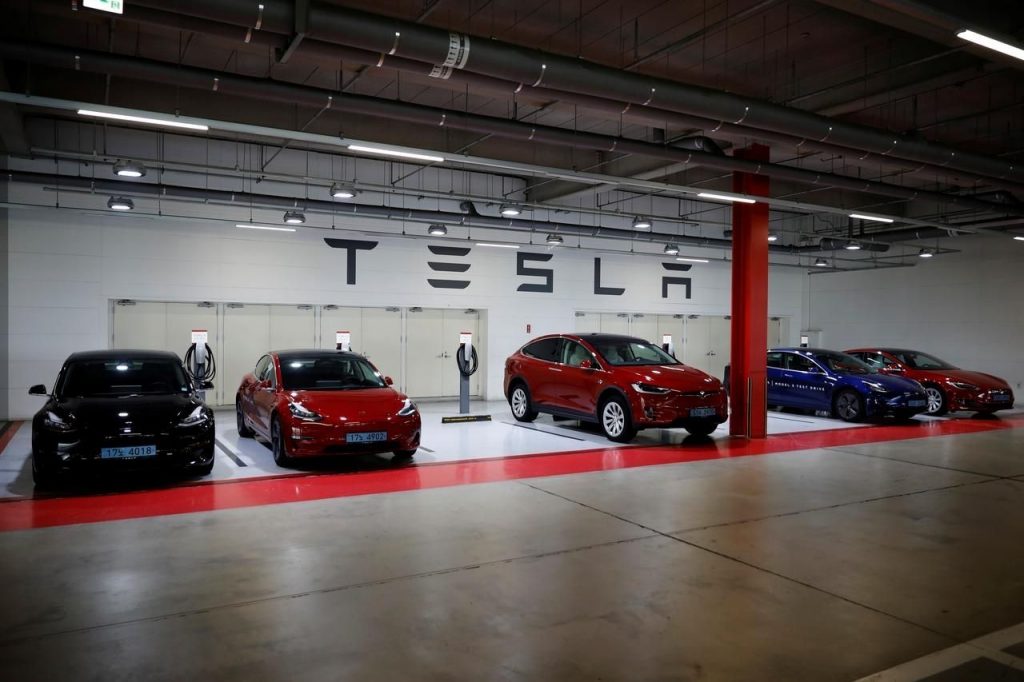 South Korea formed the latest feeding ground for EV-makers across the world, as Tesla, Audi, and Mercedes-Benz saw significant sales numbers in the country. It is important to know that Korean brands producing EVs, Hyundai, and Kia Motors are also key players in this marketplace.

Tesla Korea has been very successful in 2020, with its Model 3 topping numerous sales lists. Reportedly, out of the 16,359 electric cards sold in Korea in H1 2020, Tesla Model 3 accounted for 43.3%, i.e., 7080 units. At the same time last year, Tesla sold only 417 units. This is evidence of how much the EV industry has grown in South Korea. Tesla has also introduced special features like Premium Connectivity in the country.

Renault launched its bestselling EV ‘Zoe’ in Korea on August 18. The car has a driving range of 309 km per charge, and the actual purchase price of the electric vehicle subsidy is around 28 million won. Since its first appearance in the European market in 2012, 216,000 units have been sold until June 2020.

French automaker Peugeot also launched its all-electric SUV, the e-2008, an electric version of its premium SUV of the same name. It can be purchased for 30 million won with subsidies.

Audi sold 394 units of its e-tron, Quattro, in South Korea, and has remarkable plans for the development of the EV industry there.

Mercedes-Benz’ EQC also sold successfully in the country, with significant subsidies and cost-cuts.

Hyundai and Kia expect a surge in sales in the coming months with their EVs, the Kona, and Niro, respectively. The Korean EV companies will launch their cars on E-GMP, a platform exclusively for electric vehicles. An executive for Hyundai said, “We will lead the market with the launch of 5 new electric vehicles next year.”

Luxury car brand Genesis is also set to launch its EV models in the upcoming months.

Adding to this EV frenzy is the Korean battery-manufacturing industry, accounting for a whopping 34% of the global electric battery production. This bustling marketplace makes South Korea an optimum ground for all things electric.

Automotive South Korea Tesla
Disclaimer
Read More Read Less
The information provided on this website shouldn’t be considered as investment, tax, legal, or trading advice. Morning Tick is not an investment advisory platform, nor do we intend to be. The publication, its’s management team, or authored-by-line doesn’t seem liable for your personal financial losses, which may be due to your panic decisions based on the content we published. We strongly recommend considering our stories as just a piece of information, unlike advice, recommendations, or requests. Some of the contents may get outdated, updated, or inaccurate despite our profound editorial policies. We urge readers to do their due diligence before making any investments decision with ongoing IDOs, ICOs, IEOs, or any other kind of financial offerings. Few outbound links may be commissioned or affiliated, which helps us grow financially and maintain healthy editorial norms. For more information, visit disclaimer page.
Share. Facebook Twitter Pinterest LinkedIn Email Reddit WhatsApp
Previous ArticleElon Musk: Tesla Roadster 2 will have one ‘huge’ nut
Next Article Indian Space tech startup Pixxel initiates funding round to launch Earth Imaging Satellite