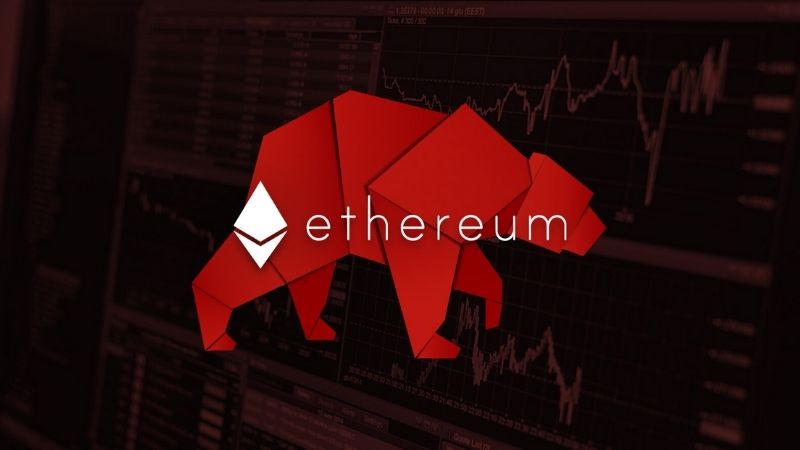 Ethereum [ETH] followed the trail of several other coins and witnessed a slump. The asset had finally pushed past $200 billion in terms of market cap, but the latest crash brought the coin down to $183 billion. The price of Bitcoin [BTC] had resurged back over the $50K zone. However, the asset failed to garner enough support and dipped down to $49K.

Ethereum, at the time of writing, was trading for $1,618 with a 4.39% fall in the last 24-hours. The last seven days was a roller coaster ride for every coin in the crypto market. ETH incurred a loss of over 15%. The asset stood out for its exceptional performance throughout the last couple of months which aided its journey to an all time high of $2,036.

The one-hour price chart of ETH revealed that the current market sentiment wasn’t very favorable for the altcoin.

The Bollinger Bands indicator was converging which further dictated limited volatility in the ETH market.

The Awesome Oscillator indicator delivered red closing bars which is considered a bearish momentum. The limited fluctuations in the asset’s price could be feasible for the altcoin as the bears had entered the market.

The Relative Strength Index indicator was seen depicting a sellers’ sentiment in the ETH market. ETH had even dropped below a major line of support of $1663.97.

The one-day price chart of ETH was prepping for a face off between the bears and the bulls. The Parabolic SAR indicator had laid out a line of resistance over the candlesticks. These lines were staying alert and diminishing the asset’s chances of heading upwards.

The Chaikin Money Flow indicator was still above zero, but the marker was trying to make its way onto the bearish realm.

The Money Flow Index indicator mirrored the trend in the short-term price chart of ETH. The MFI marker was down below 50 median which exhibits a sellers’ sentiment.

The bears in the ETH market could most likely dement the chances of moving altcoin beyond its ATH $2K for now.

Crypto News Ethereum Market Analysis
Disclaimer
Read More Read Less
The information provided on this website shouldn’t be considered as investment, tax, legal, or trading advice. Morning Tick is not an investment advisory platform, nor do we intend to be. The publication, its’s management team, or authored-by-line doesn’t seem liable for your personal financial losses, which may be due to your panic decisions based on the content we published. We strongly recommend considering our stories as just a piece of information, unlike advice, recommendations, or requests. Some of the contents may get outdated, updated, or inaccurate despite our profound editorial policies. We urge readers to do their due diligence before making any investments decision with ongoing IDOs, ICOs, IEOs, or any other kind of financial offerings. Few outbound links may be commissioned or affiliated, which helps us grow financially and maintain healthy editorial norms. For more information, visit disclaimer page.
Share. Facebook Twitter Pinterest LinkedIn Email Reddit WhatsApp
Previous ArticleBinance coin (BNB), Dogecoin (DOGE) rekindle as they record double digit gains
Next Article Analysis: Cardano (ADA) strong bullish sentiment indicates new ATH