Ethereum targets $2000 as bulls provide fuel for its upward journey 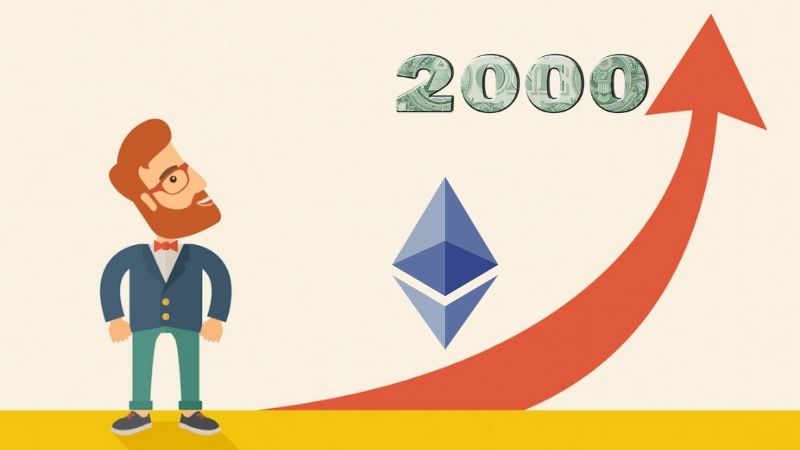 The overall crypto market cap had surged to a new high of $1.17 trillion. Several assets like Bitcoin [BTC], as well as Ethereum [ETH], were seen accounting for most of the achieved market cap. BTC’s market cap was noted at $707.9 billion and ETH’s was at $198.5 billion. ETH was on a roll as the asset was noted at $1,733.43 during the last 24-hours ETH bagged gains of over 7%.

ETH found its way under the crypto fame after it achieved multiple highs in the last couple of days. While ETH was finding it hard to move past $1,300, the altcoin had hit an all-time high of $1,741.89. It seemed like ETH had garnered a one-way ticket to $2000.

ETH shelters bulls as it pushes beyond $1.7K

Additionally, the volume in the ETH market on Binance was quite neutral with no major buying or selling activity.

The Commodity Channel Index [CCI] indicator revealed that the asset was being overbought. The Relative Strength Index indicator was seen exhibiting a buyers’ notion. This trend could persist following the current price trend that ETH was manifesting.

ETH was surging and so was its Gas fee. The average transaction fee of ETH was at a high of $23.27. A Japanese cryptocurrency exchange, Liquid Global announced that it would temporarily halt ETH withdrawals considering the high gas fee.

Additionally, the decentralized space of the crypto industry was seen recording new highs. The total amount of USD locked in the DeFi space was at a high of $35.35 billion. Maker was seen dominating the scene by 17.32% as it secured a whopping amount of $6.12 billion.

Crypto News Ethereum Featured
Disclaimer
Read More Read Less
The information provided on this website shouldn’t be considered as investment, tax, legal, or trading advice. Morning Tick is not an investment advisory platform, nor do we intend to be. The publication, its’s management team, or authored-by-line doesn’t seem liable for your personal financial losses, which may be due to your panic decisions based on the content we published. We strongly recommend considering our stories as just a piece of information, unlike advice, recommendations, or requests. Some of the contents may get outdated, updated, or inaccurate despite our profound editorial policies. We urge readers to do their due diligence before making any investments decision with ongoing IDOs, ICOs, IEOs, or any other kind of financial offerings. Few outbound links may be commissioned or affiliated, which helps us grow financially and maintain healthy editorial norms. For more information, visit disclaimer page.
Share. Facebook Twitter Pinterest LinkedIn Email Reddit WhatsApp
Previous ArticleBulls confident about the XRP market despite slump and bears gear up for a visit
Next Article Elon Musk’s Twitter followers incline towards Dogecoin speculate bull run