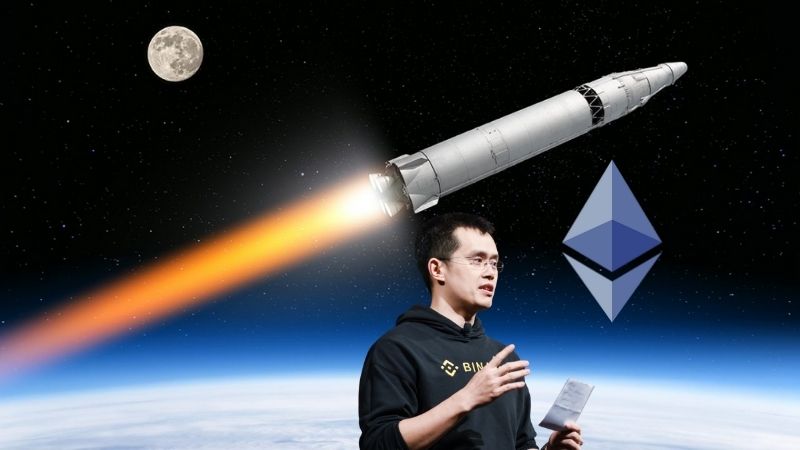 Bitcoin’s [BTC] market cap had hit a high of $1.04 trillion as its price soared to $55K. Ethereum [ETH] was seen on a similar bandwagon as it had finally moved past $2000. Whereas, Ethereum’s market cap aiming at $250 billion.

Ethereum had surged to a high of $2,034.40 and retracted to $2,031 during writing. Over the last 24-hours, ETH surged by over 6.29%, which aided the asset in hitting an all-time high. The entire week was relatively temperate for the asset; however, the last 24-hours pushed the altcoin over $2K. The market cap of the asset was noted at $230 billion.

ETH had recorded a parabolic growth starting from the beginning of the year. The volume in the ETH market was seen as lower than it was during the start of the year.

The Awesome Oscillator indicator was seen laying out green bars after an array of red bars it had laid before its bug breakout. This further insinuated the presence of bulls in the ETH market. The MACD indicator was heading in for a bullish crossover after enduring a bearish one throughout the week.

These indicators pointed out extreme bullish signs that suggested that ETH could be aiming at $3K.

The one-day price chart of ETH/USD revealed that the asset was being overbought. Just as the altcoin began being overbought, ETH seemingly navigated its way onto $2K, the Relative Strength Index indicator inscribed.

Amidst this bull run, prominent cryptocurrency exchange, Binance abruptly stopped withdrawals of ETH. In a recent tweet, the world’s largest crypto exchange, Binance, revealed that it was putting a hold on ETH withdrawals, citing congestion issues. The tweet read,

#Binance has temporarily suspended withdrawals of $ETH and Ethereum-based tokens in order to address a congestion issue.

Rest assured funds are #SAFU and we apologize for any inconvenience caused.

Several ETH HODLers and the community, in general, were quite displeased with Binance’s move. Larry Cermak, a crypto Journalist went on to tweet,

“Ethereum is not even congested right now. Was way worse multiple times when withdrawals weren’t suspended Meanwhile FTX continues processing ETH withdrawals for free when gas is 300+. This is absurd lmao”

A few hours later, the exchange had lifted this suspension in withdrawals and suggested that Binance was committed to offering reliable services to its users.

After noticing the Binance users’ backlash, founder and CEO Changpeng Zhao took it to Twitter to clarify that ETH holders shouldn’t attack Binance smart contract (BSC). In contrast, he believes two innovations can flourish together. The tweet read,

For those holding ETH, no need to attack #BSC. We together make the industry bigger. ETH price did not drop. It increases together with #BNB.

Have an infinite mindset.

Crypto News Ethereum Featured Market Analysis
Disclaimer
Read More Read Less
The information provided on this website shouldn’t be considered as investment, tax, legal, or trading advice. Morning Tick is not an investment advisory platform, nor do we intend to be. The publication, its’s management team, or authored-by-line doesn’t seem liable for your personal financial losses, which may be due to your panic decisions based on the content we published. We strongly recommend considering our stories as just a piece of information, unlike advice, recommendations, or requests. Some of the contents may get outdated, updated, or inaccurate despite our profound editorial policies. We urge readers to do their due diligence before making any investments decision with ongoing IDOs, ICOs, IEOs, or any other kind of financial offerings. Few outbound links may be commissioned or affiliated, which helps us grow financially and maintain healthy editorial norms. For more information, visit disclaimer page.
Share. Facebook Twitter Pinterest LinkedIn Email Reddit WhatsApp
Previous ArticlePolkadot (DOT) will hit $40, affirms the bulls in the market
Next Article Elon Musk blasts popular Bitcoin critic Peter Schiff over Gold comparison