Elon Musk: Tesla Roadster 2 will have one ‘huge’ nut 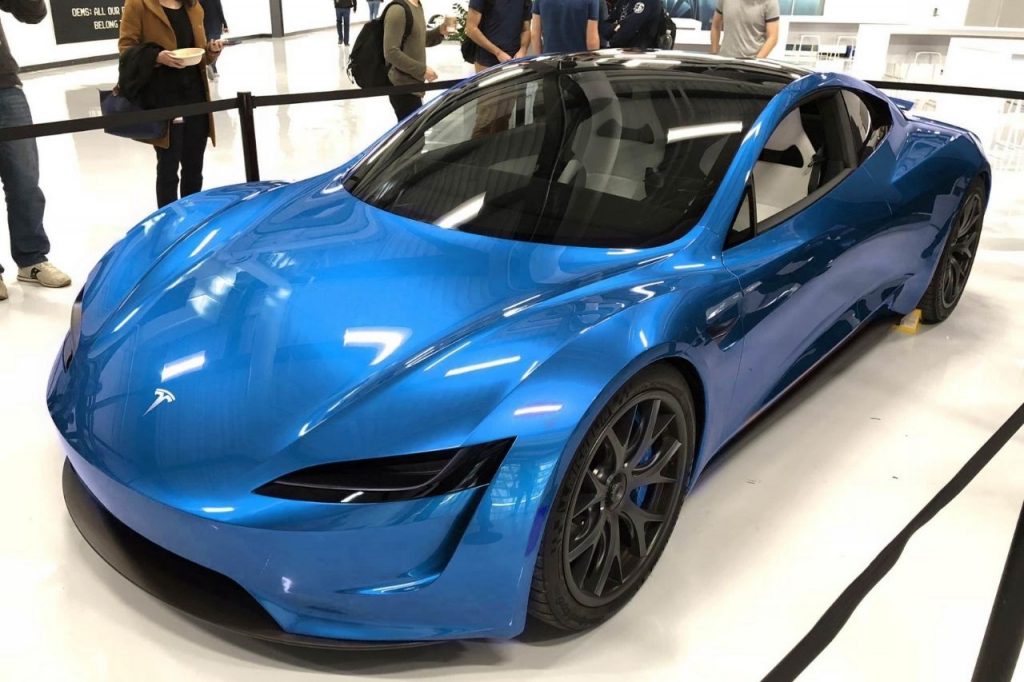 Elon Musk‘s Twitter presence made the news again on August 19, 2020, when he replied to a tweet saying, “New Roadster wheels will only have one nut.” Roadster fans were in a frenzy over this new information.

Musk is known for his eccentric updates on twitter, and this time he was replying to a tweet from a space-related page which said, “Old engineer’s saying: “What holds with 4 screws, holds with 3 too.”

Adding to the thread, Musk mentioned that the upcoming (second-generation) Tesla Roadster wheels would feature a single nut only. Adding to the twitter thread were fans who tried to explain the technology, and other people trying to make below-the-belt jokes.

Replying to one such explanatory tweet, Musk said, “Yes, it will have huge nuts haha” in a rather humorous fashion.

Yes, it will have huge nuts haha

Known formally as the ‘center lock system,’ the single-nut wheel technology is used by professional racing automobiles like Formula1 and NASCAR. It was first introduced in the early 1900s by Rudge-Whitworth and was called “QD” for being quickly-disconnectable.

Compared to lug nuts, center-lock wheels and hubs are better suited for racing because they can be removed and attached faster during pit stops, allow hub designs with more space for large brake discs and have greater strength when properly installed.

Due to the center locks’ continued association with racing and high performance, some automobile manufacturers and tuners install center lock wheel and hub systems on road-going sports cars.

Automotive Elon Musk Tesla
Disclaimer
Read More Read Less
The information provided on this website shouldn’t be considered as investment, tax, legal, or trading advice. Morning Tick is not an investment advisory platform, nor do we intend to be. The publication, its’s management team, or authored-by-line doesn’t seem liable for your personal financial losses, which may be due to your panic decisions based on the content we published. We strongly recommend considering our stories as just a piece of information, unlike advice, recommendations, or requests. Some of the contents may get outdated, updated, or inaccurate despite our profound editorial policies. We urge readers to do their due diligence before making any investments decision with ongoing IDOs, ICOs, IEOs, or any other kind of financial offerings. Few outbound links may be commissioned or affiliated, which helps us grow financially and maintain healthy editorial norms. For more information, visit disclaimer page.
Share. Facebook Twitter Pinterest LinkedIn Email Reddit WhatsApp
Previous Article12 Interesting benefits of using a VPN you must know
Next Article EV sales surge in South Korea, Hyundai and Kia planning to catch up with Tesla