Dogecoin could continue its hot streak, Is the ‘Meme’ coin aiming for $1?

By Staff ReporterPublished 12 months ago on January 29, 2021 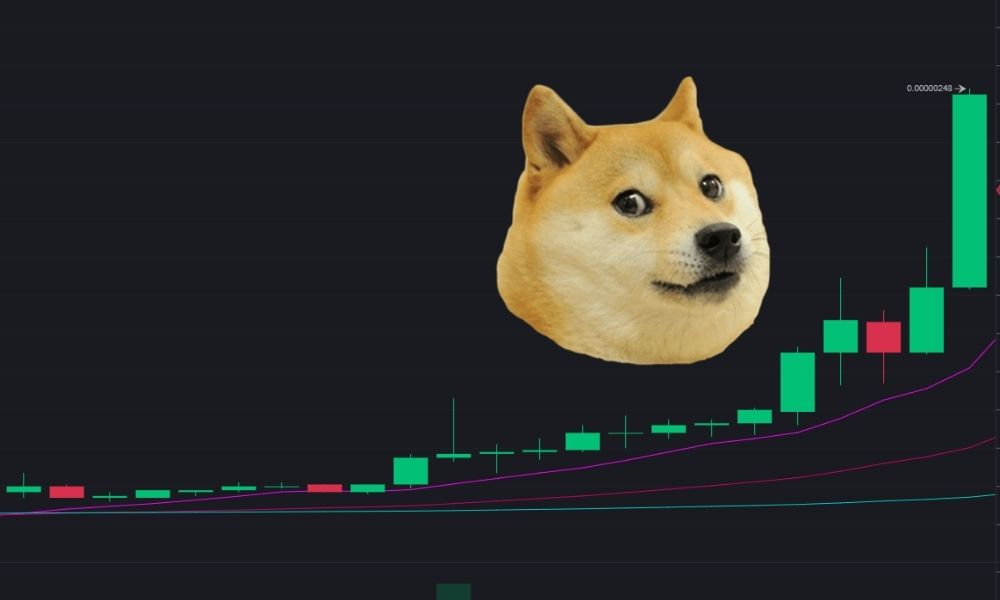 Started off as a meme, the Dogecoin [DOGE] has had its share of highs and lows. Dogecoin made its debut back in 2013 and was considered nothing but a mere joke. However, over the years, DOGE managed to surge significantly thanks to spontaneous endorsements from Tesla CEO Elon Musk. Most recently, during the COVID-19 pandemic, a TikTok video caused the altcoin to garner immense gains. It seems like DOGE had once again found its way back in the crypto spotlight.

DOGE rose on the crypto ladder in terms of price as well as market cap. This time, it wasn’t Musk. A Twitter account, WSB Chairman tweeted,

Has Doge ever been to a dollar?

This tweet along with a sub-Reddit platform, WallStreetBets seemed to have instigated the surge in the coin. Reddit was also responsible for the buzz around GameStop.

While DOGE failed to hit $1, it managed to secure profits up to 396.5% in the last 24-hours. The asset rose up to a high of $0.077, however, it slumped to $0.054 at press time. CoinGecko revealed that the altcoin had a great start to the new year as it had surged by over 1100%. The market cap of the asset wasn’t far behind. DOGE managed to find a spot on the top ten, yet, at the time of writing, it had occupied the position of the eleventh largest coin with a market cap of  $6.7 billion.

The four-hour price chart of DOGE on Binance pointed out that bulls were still in the altcoins market. The Bollinger Bands indicator suggested that there was going to be increase volatility as the bands were at a distance. The Money Flow Index indicator exhibited a bullish sentiment in the DOGE market as the marker was getting back from the overbought zone. The MACD indicator formed a bullish crossover as the MACD line was way over the signal line.

The prolongation of this trend could push the altcoin to $1.

Dogecoin Featured Market Analysis
Disclaimer
Read More Read Less
The information provided on this website shouldn't be considered as investment, tax, legal, or trading advice. Morning Tick is not an investment advisory platform, nor do we intend to be. The publication or authored-by-line doesn't seem liable for your personal financial losses, which may be due to your panic decisions based on the content we published. We strongly recommend considering our stories as just a piece of information, unlike advice, recommendations, or requests. Despite our profound editorial policies, some of the contents may get outdated, updated, or inaccurate. We urge readers to do their due diligence before making any investments decision with ongoing IDOs, ICOs, IEOs, or any other kind of financial offerings. Few outbound links may be commissioned or affiliated, which helps us grow financially and maintain healthy editorial norms.
Share. Facebook Twitter Pinterest LinkedIn Email Reddit WhatsApp
Previous ArticleAfter SEC’s accusations, will another lawsuit stall Ripple’s growth?
Next Article Bitcoin jumps by 21% following Elon Musk’s Twitter bio