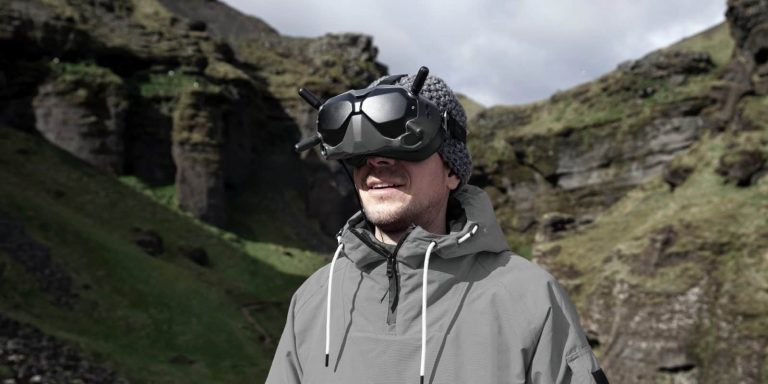 While we are sure many of you might not be familiar with the word FPV, many of you will also be. FPV is also termed as the First-person view and it is something similar to a VR experience. It is something that will make you feel like you are already at that moment. Now, FPV drone racing is a rapidly growing niche in the United States. People are starting to conduct competitions for FPV drone racing and keeping prize money for the same as well.

As you would expect, FPV drone racing is not easy and add to that the filming part as well. Yes, you might have to film the drone racing which is impossible for a normal drone. Therefore, specialized drones dedicated to FPV racing are available in the market. Now, DJI has tapped into this potential niche and have released their first FPV goggles as well as a camera. This will be used for high-definition drone racing and filming as well.

DJI has launched the FPV goggles which will let you see the filming while there is also an “air unit”. You can attach this air unit to almost anything and film what is going on. DJI says that you can use this to film anything from FPV drones to RC cars to boats as well. This is unlike the earlier reports which said that DJI is releasing an FPV drone of itself. Rather, the company has launched equipments which can be used for FPV filming.

The difference between DJI and others is that the company is using digital transmission instead of analogue for its goggles and camera. This means that the pilots will be able to stream a 720p video from a drone with a latency of just 28 milliseconds from up to 2.5 miles away. Also, the recording can be done on both the drone and goggles so even if the drone crashes, the recording can be stored on goggles for future investigation and use.

For more info & to learn more about the DJI FPV goggles product visit the official product page of DJI.

Consumer Tech
Disclaimer
Read More Read Less
The information provided on this website shouldn’t be considered as investment, tax, legal, or trading advice. Morning Tick is not an investment advisory platform, nor do we intend to be. The publication, its’s management team, or authored-by-line doesn’t seem liable for your personal financial losses, which may be due to your panic decisions based on the content we published. We strongly recommend considering our stories as just a piece of information, unlike advice, recommendations, or requests. Some of the contents may get outdated, updated, or inaccurate despite our profound editorial policies. We urge readers to do their due diligence before making any investments decision with ongoing IDOs, ICOs, IEOs, or any other kind of financial offerings. Few outbound links may be commissioned or affiliated, which helps us grow financially and maintain healthy editorial norms. For more information, visit disclaimer page.
Share. Facebook Twitter Pinterest LinkedIn Email Reddit WhatsApp
Previous ArticleIntel 11th generation 10nm-based Tiger Lake-Y CPUs seen online
Next Article Fortnite Season X introduces Volatile Rifts, Two-player Mechanical suits, option to gift Battle Pass