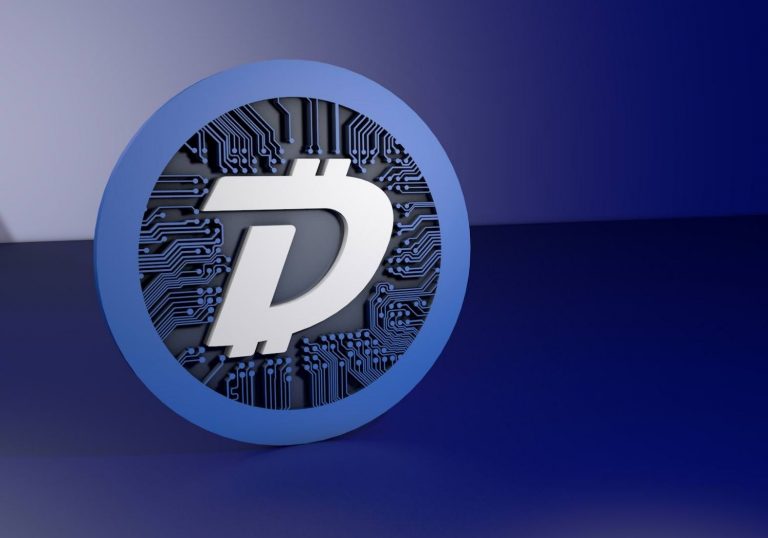 Digibyte (DGB) has been building up its momentum since its bounce off the $0.058 low on March 25. The April 14 surge above the key resistance at $0.1089 suggests that buyers are gaining confidence while aiming for new highs. The rally was cut short as DGB bulls battled key resistance at the $0.1148 high. South-heading momentum on the daily chart and the RSI pointing downwards from the 70 reading adds to negative signs that the bulls may have run out of steam.

On April 14, Digibyte announced its partnership with LCX, a regulated cryptocurrency exchange. LCX will not only list DGB but will also implement DigiByte Blockchain at the LCX ecosystem. This will include running a blockchain node and integrating wallet support. The Digbyte team believes that the partnership should serve as a bridge to link DGB to the corporate enterprise world.

The DigiByte Foundation is proud to have partnered with @lcx https://t.co/nGPNMBZgY3
Next to the listing of $DGB, LCX is going to be the strategic partner for our mission to bring #DigiByte #blockchain technology to a next, corporate enterprise, level.https://t.co/XPC9HnnYvI

The DGB/USD pair pierced the resistance zone above the $0.10 level on Apri1 14. However, the following day’s surge was stopped by the $0.1148 resistance level and DGB retraced back down to $0.0990 to seek support.

Near-term action is expected to remain biased higher above $0.0950 (April 5 barrier now turned support) while break lower would expose support at $0.080 ahead of $0.074 support and the MA 50 located at $0.070. The MA 50, which had reached $0.070 on Thursday, could provide the required support to restart the rally. The bullish scenario requires a lift above the MA 50 to challenge the $0.010 level ahead of the $0.11 level, a break of which would accelerate recovery.

Overall, as long as Digibyte price is above the base of the recent rally ($0.097), the bias will remain bullish. The RSI still has room to grow, hovering below the 70 reading.

Altcoins Crypto News Featured
Disclaimer
Read More Read Less
The information provided on this website shouldn’t be considered as investment, tax, legal, or trading advice. Morning Tick is not an investment advisory platform, nor do we intend to be. The publication, its’s management team, or authored-by-line doesn’t seem liable for your personal financial losses, which may be due to your panic decisions based on the content we published. We strongly recommend considering our stories as just a piece of information, unlike advice, recommendations, or requests. Some of the contents may get outdated, updated, or inaccurate despite our profound editorial policies. We urge readers to do their due diligence before making any investments decision with ongoing IDOs, ICOs, IEOs, or any other kind of financial offerings. Few outbound links may be commissioned or affiliated, which helps us grow financially and maintain healthy editorial norms. For more information, visit disclaimer page.
Share. Facebook Twitter Pinterest LinkedIn Email Reddit WhatsApp
Previous ArticleChainlink (LINK) price analysis: Tests new record high amid DeFi upbeat
Next Article Holochain (HOT) price analysis: Declines to fresh lows amid downside pressure