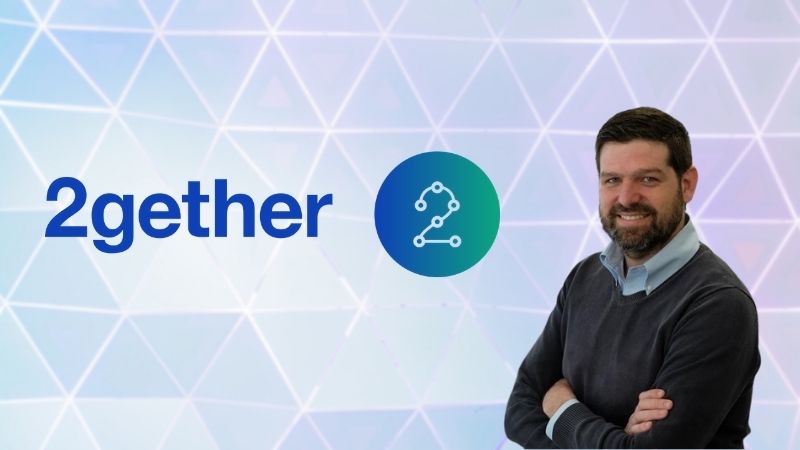 Cryptocurrency platform 2gether has announced the listing of its 2GT utility token on Bounce, a popular decentralized protocol that focuses on auction-style ICOs and NFTs.

According to the announcement, 2gether will be unveiling a presale campaign that will run for seven days and supply 10 million 2GT tokens at a launch price of €0.05.

Afterward, the token will also be issued on Uniswap in March. According to the announcement, 50% of the ETH proceeds from the Bounce issuance will be used for the 2GT/ETH liquidity pools on Uniswap.

Notably, to participate in the 2gether Bounce ICO, users can use a web browser to access the Bounce campaign. After that, install and connect your wallet after making sure the campaign is live, then accordingly input the amount of ETH you want to swap.

Watch the video for more information,

Launched in 2017, 2gether has since focused on building 2GT’s utility with the referral program and Founder Plus Programme at its foundation.

The protocol, however, noted that the main driving force in the platform development was its users. Also, 2gether grew 300% over the first six months via the referral program without any kind of paid advertising.

Ramon Ferraz, CEO of 2gether in a statement, noted that the platform has been working on increasing the utility of the 2GT token. Also, he mentioned that all protocol activities were in line with European Commission’s regulatory frameworks.

“The crypto boom of the last few months has empowered the company to succeed in its token issuance mission, and the 2021 roadmap brings new initiatives and projects that will add new layers to the 2GT’s utility,” Ferraz added.

Featured
Disclaimer
Read More Read Less
The information provided on this website shouldn’t be considered as investment, tax, legal, or trading advice. Morning Tick is not an investment advisory platform, nor do we intend to be. The publication, its’s management team, or authored-by-line doesn’t seem liable for your personal financial losses, which may be due to your panic decisions based on the content we published. We strongly recommend considering our stories as just a piece of information, unlike advice, recommendations, or requests. Some of the contents may get outdated, updated, or inaccurate despite our profound editorial policies. We urge readers to do their due diligence before making any investments decision with ongoing IDOs, ICOs, IEOs, or any other kind of financial offerings. Few outbound links may be commissioned or affiliated, which helps us grow financially and maintain healthy editorial norms. For more information, visit disclaimer page.
Share. Facebook Twitter Pinterest LinkedIn Email Reddit WhatsApp
Previous ArticleCardano surges against the bearish crypto market, captures investment firm interest
Next Article Analysis: Cardano (ADA) dwells in the overbought zone as it records new ATH