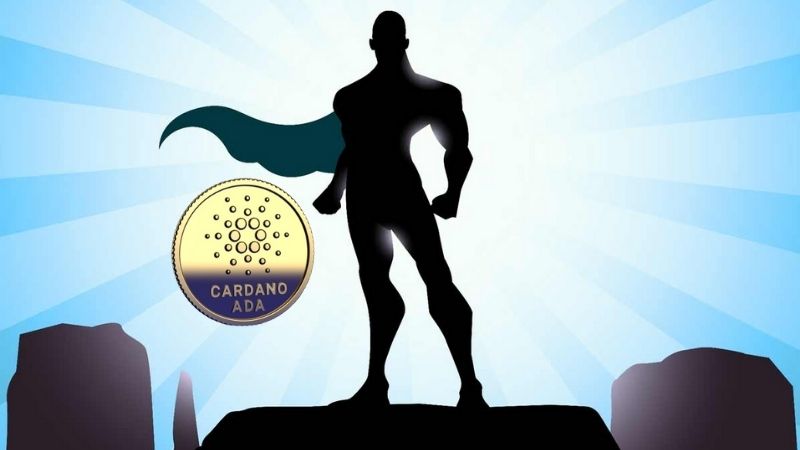 All the coins in the crypto market were on a downward trajectory. Bitcoin [BTC] seemed to be taking all the assets on a downhill journey. Despite this strong bearish sentiment in the market, Cardano [ADA] remained untethered. The altcoin was the only asset that wasn’t painted red.

At the time of writing, ADA was trading for $1.10 with a 5.53% surge in the last 24-hours. The altcoin seemed to be making its way onto its three-year-old all-time high of $1.33. While this wasn’t very far from where ADA was currently at, a few bears in its market were pulling the coin back from achieving this high.

ADA was quite close to flipping Binance coin [BNB] for the fourth place in terms of market cap. While BNB was at $34.5 billion, ADA’s market cap was noted at $33.98 billion.

While all the crypto spotlight remained unimpaired on Bitcoin, a global crypto investment fund revealed that it was veering into the world of altcoins. FD7 Ventures, a Dubai-based platform in a blog post, announced selling $750 million worth of Bitcoin to elevate their Cardano and Polkadot holdings.

ADA and DOT have been exhibiting a notable performance over the last couple of months. Despite entering the market a little later than most coins, DOT managed to secure a place on the top. Currently, DOT was seen trading at $30.40 as the sixth largest cryptocurrency. The asset, unfortunately, seemed to be a victim of the latest bear market as it was enduring a fall of 9% in the last 24-hours.

“I’ve been lucky enough to spend lots time with the brightest minds in crypto and I’m willing to bet that each of Ethereum, Cardano and Polkadot will be more valuable than Bitcoin within the next few years.”

Altcoins Cardano Crypto News Market Analysis
Disclaimer
Read More Read Less
The information provided on this website shouldn’t be considered as investment, tax, legal, or trading advice. Morning Tick is not an investment advisory platform, nor do we intend to be. The publication, its’s management team, or authored-by-line doesn’t seem liable for your personal financial losses, which may be due to your panic decisions based on the content we published. We strongly recommend considering our stories as just a piece of information, unlike advice, recommendations, or requests. Some of the contents may get outdated, updated, or inaccurate despite our profound editorial policies. We urge readers to do their due diligence before making any investments decision with ongoing IDOs, ICOs, IEOs, or any other kind of financial offerings. Few outbound links may be commissioned or affiliated, which helps us grow financially and maintain healthy editorial norms. For more information, visit disclaimer page.
Share. Facebook Twitter Pinterest LinkedIn Email Reddit WhatsApp
Previous ArticleInstitutional interest in Bitcoin remains strong despite BTC price dips below $45K
Next Article Crypto trading platform 2gether unveils 2GT utility token on Bounce protocol