By Staff ReporterPublished 5 months ago on July 1, 2022 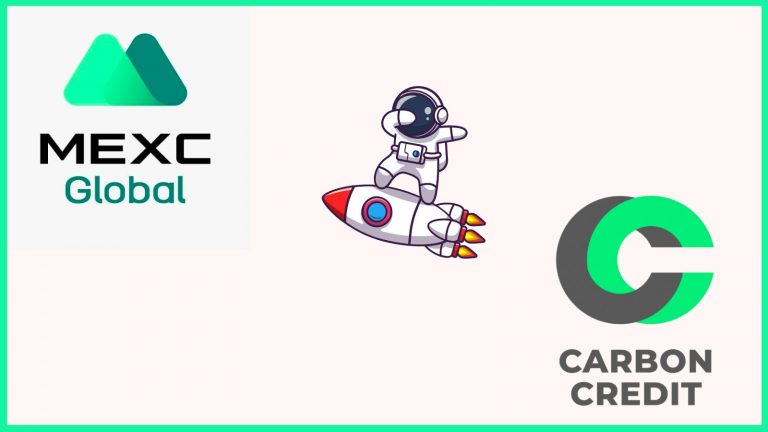 The long wait is over as Carbon Credit Token, or CC Token, is finally getting listed on the MEXC Global exchange. This is the second CEX listing that the utility $CCT token is getting in the three months since its launch. This is quite a milestone for the company as MEXC Global Exchange is a large exchange with over six million users worldwide. This is a major step towards a greener future.

CCT is a carbon emissions token enabling users to gain access to carbon credits using blockchain technology that would have otherwise been unreachable. Carbon credits are permits that allow a nation or organization to produce a specified amount of carbon emissions and which can be traded if the full amount is not used, thus promoting and incentivizing environmentally-friendly behavior.

Each token has the backing of European Union Allowance (EUA) futures. This means CC Token purchases carbon credit futures and then converts them into tokens, $CCT tokens. It is all based on the carbon-neutral Algorand blockchain.

Undoubtedly, the carbon credit market has grown and is currently at $851 billion. This initiative greatly contributes to the unified goal of becoming carbon neutral by 2050. Although many want to go net-zero, the actual implementation is a challenge, and this is where CC Token bridges the gap. The company is committed to getting new EUA futures every three months. A $CCT is a representation of 1 kilo of carbon.

$CCT still stands as the only digital asset collateralized by EUA futures, the most traded carbon credit futures in the world. The CC Token is the only token giving users access to carbon markets, which helps control greenhouse gas emissions.

With the token being listed on a major exchange such as MEXC, we are closer to a net-zero carbon reality than we were yesterday.

What is CC Token?

This is the only token that provides a bridge toward being net-zero in the future. It is backed by the EUA as collateral and is based on the Algorand Blockchain. So far, the company has raised a seed of $1 million and has a lot in store for the future.

Featured
Disclaimer
Read More Read Less
The information provided on this website shouldn’t be considered as investment, tax, legal, or trading advice. Morning Tick is not an investment advisory platform, nor do we intend to be. The publication, its’s management team, or authored-by-line doesn’t seem liable for your personal financial losses, which may be due to your panic decisions based on the content we published. We strongly recommend considering our stories as just a piece of information, unlike advice, recommendations, or requests. Some of the contents may get outdated, updated, or inaccurate despite our profound editorial policies. We urge readers to do their due diligence before making any investments decision with ongoing IDOs, ICOs, IEOs, or any other kind of financial offerings. Few outbound links may be commissioned or affiliated, which helps us grow financially and maintain healthy editorial norms. For more information, visit disclaimer page.
Share. Facebook Twitter Pinterest LinkedIn Email Reddit WhatsApp
Previous ArticleGogolCoin unveils its crypto exchange – GOLEX – the premier & most secure exchange in MENA region
Next Article Fintech-ideas brings blockchain functionality to its range of platforms