Bitcoin swims among high tides, Will it soon surge past $50K? 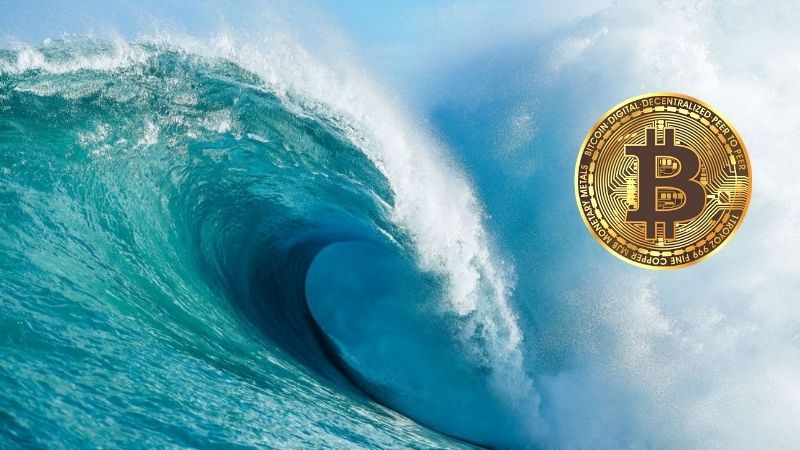 Bitcoin [BTC] once again proved that it was an extremely volatile asset. However, this time, its increased volatility worked for the best as the asset took a big jump towards the $50K zone. The asset’s market cap seemed to be experiencing mutual changes as it rose above $869.4 billion. The prolongation of this trend could push BTC towards $1 trillion.

At the time of writing, the king coin was trading at a high of $47,598, with a whopping 22% rise in the last 24-hours. The 24-hour trading volume of Bitcoin was at $120.63 billion. Most of this volume was noted in the Coinbase Pro crypto exchange, with BTC/USD being the most popular trading pair.

The short-term or the four-hour price chart of Bitcoin revealed that the bulls had taken over the market. The volume in the BTC market on the Gemini exchange was relatively high. The MACD indicator formed a bullish crossover with the signal line below the MACD line. The Klinger Oscillator followed a similar trend and laid out a bullish crossover. The Relative Strength Index [RSI] indicator was seen touching the 80 median, which further affirmed that BTC was overbought.

The one-day price chart of BTC was also harboring the bulls. The Awesome Oscillator indicator laid down green closing bars, which introduced the bulls into the BTC market. The Chaikin Money Flow [CMF] indicator was above zero at 0.20; this again affirmed the bullish sentiment taken over the Bitcoin market. The Money Flow Index indicator proposed a buyers’ notion as its marker was up at 80 median.

This trend could undoubtedly push Bitcoin to a high of $50K.

The latest change in the king coin’s price was speculated to be induced by the Tesla CEO Elon Musk. Tesla went on to buy Bitcoin worth a mountainous $1.5 billion to commence its support for BTC as a payment method.

Amidst this, the Mayor of Miami, Francis Suarez, was seen longing to incorporate Bitcoin into Miami. The Mayor even revealed that he would soon take things to the higher-ups.

Working on a resolution for our commission for this Thursday’s meeting to get the ball rolling…@elonmusk’s announcement was very helpful…now all we need is for @amazon to adopt and then 🚀🚀🚀🚀🚀🚀🚀🚀🚀🚀🚀 https://t.co/2wnkYD9n58

Bitcoin Crypto News Market Analysis
Disclaimer
Read More Read Less
The information provided on this website shouldn’t be considered as investment, tax, legal, or trading advice. Morning Tick is not an investment advisory platform, nor do we intend to be. The publication, its’s management team, or authored-by-line doesn’t seem liable for your personal financial losses, which may be due to your panic decisions based on the content we published. We strongly recommend considering our stories as just a piece of information, unlike advice, recommendations, or requests. Some of the contents may get outdated, updated, or inaccurate despite our profound editorial policies. We urge readers to do their due diligence before making any investments decision with ongoing IDOs, ICOs, IEOs, or any other kind of financial offerings. Few outbound links may be commissioned or affiliated, which helps us grow financially and maintain healthy editorial norms. For more information, visit disclaimer page.
Share. Facebook Twitter Pinterest LinkedIn Email Reddit WhatsApp
Previous ArticleBitcoin [BTC] exhibits extreme bullish sentiment, Will it move past $41K?
Next Article Binance coin (BNB) daily increase of 40% pushes the altcoin beyond $100