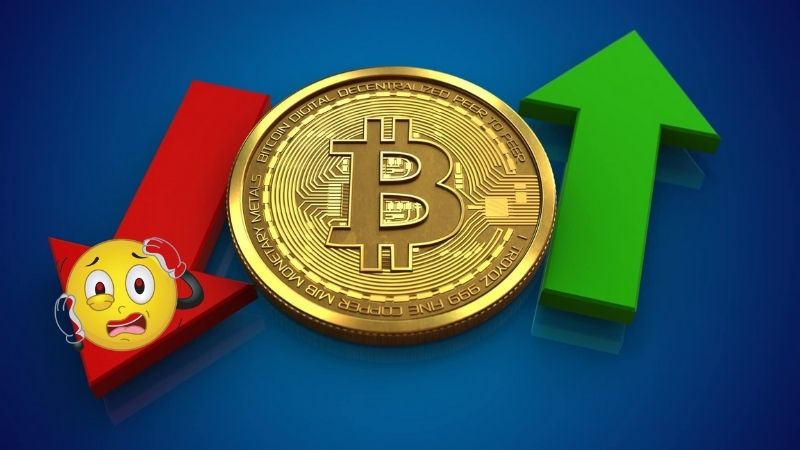 Bitcoin [BTC], over the last 24-hours, recorded a massive downfall. From a 24-hour high of $55,034, the king coin dropped down to a low of $45,290. The market cap of BTC had had steep descent from $1 trillion down to $871.57 billion during press time. Nevertheless, BTC was still reigning in the market as the largest cryptocurrency.

After enduring a crash of over 9.34% in the last day, Bitcoin was seen at $48,677.50 at the time of writing. Almost all the other assets in the crypto market were mirroring the destruction of BTC. The gains that all these assets accumulated over the months were seen going down the drain.

Bitcoin, in its one-day price chart on Binance had increased volume, especially over the past two days. The asset formed an Ascending broadening wedge. The upper trend line consisted of higher highs noted at $38,605, $48,066, and $58,578. Higher lows formed the lower trend line at $29,729, $32,415, and $45,058. Further, the irregular volume affirmed the formation of the pattern. The direction of breakout during this pattern is usually downwards.

With this bearish pattern, the price of Bitcoin could face major troubles pushing past $50K. The indicators used in the one-day chart of BTC seemed to be reflecting similar evaluations.

All the indicators used in the one-day price chart of BTC suggested that the king coin was still residing in the bearish realm. The Parabolic SAR indicator laid its dots over the candlesticks, which is considered bearish as it restricts any potential uptrend. The Awesome Oscillator had changed into red after a series of green. With red closing bars, the indicator affirmed the presence of bears in the BTC market.

The Relative Strength Index indicator saw a significant fall from the overbought zone. The RSI marker was seen zooming down below the 60 median. Nonetheless, a buyers’ sentiment was still seen in the BTC market.

While this unforeseen slump caused a commotion in the market, prominent members of the crypto community were seen calming the public down. Anthony Pompliano brought some data out as he tweeted,

Bitcoin Crypto News Market Analysis
Disclaimer
Read More Read Less
The information provided on this website shouldn’t be considered as investment, tax, legal, or trading advice. Morning Tick is not an investment advisory platform, nor do we intend to be. The publication, its’s management team, or authored-by-line doesn’t seem liable for your personal financial losses, which may be due to your panic decisions based on the content we published. We strongly recommend considering our stories as just a piece of information, unlike advice, recommendations, or requests. Some of the contents may get outdated, updated, or inaccurate despite our profound editorial policies. We urge readers to do their due diligence before making any investments decision with ongoing IDOs, ICOs, IEOs, or any other kind of financial offerings. Few outbound links may be commissioned or affiliated, which helps us grow financially and maintain healthy editorial norms. For more information, visit disclaimer page.
Share. Facebook Twitter Pinterest LinkedIn Email Reddit WhatsApp
Previous ArticleBitcoin plunges below $48,000 as market records mass sell-off
Next Article Will Polkadot (DOT) and Cardano (ADA) emerge as big winners of this latest crash?