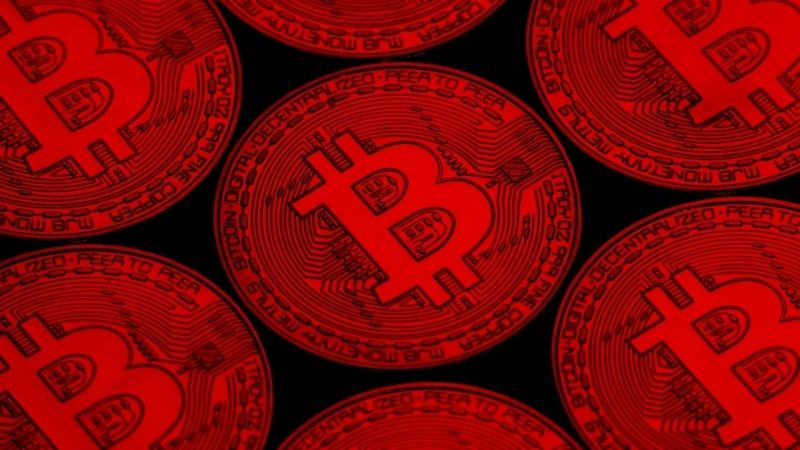 After setting a new record high of $58,300 a day earlier, top cryptocurrency Bitcoin plummeted on Tuesday, dropping by over 17% in the last 24 hours.

Bitcoin, which at the time of writing, was trading at $48,700 fell due to massive sell-off by investors mainly to contain risks. These crypto investors expressed concerns with the quick rise in the digital asset price citing this as the reason for the current sell-off.

According to data from Coingecko, Bitcoin market cap which previously stood at an all-time high of $1.76 trillion had since dropped to $1.46 trillion at the time of writing and is poised to continue in the downward spiral.

Notably, although Bitcoin price drop remains the most significant several other digital currencies have also witnessed massive price drop. ETH fell by almost 10% in the last 24 hours, currently trading at $1,428 from $1,770.

Other development responsible for the price drop

Although, recent investor sell-off has been credited as the main reason for Bitcoin and other cryptocurrencies’ price drops. United States Treasury Secretary Janet Yellen and Tesla CEO Elon Musk’s recent statement has also been attributed as other factors responsible for the content crash.

While speaking in New York City, Yellen recently said Bitcoin was a “highly speculative asset,” noting that the top crypto is inadequate for trades. According to her, Bitcoin and other digital assets consume a “staggering” amount of energy to process transactions.

“I don’t think that Bitcoin is widely used as a transaction mechanism. To the extent it’s used, I fear it’s often for illicit finance,” Yellen said.

Similarly, Elon Musk’s tweet that the price of Bitcoin and Ethereum seemed high has also been reported to have affected the crypto space negatively.

Charles Hayter, CEO of London-based crypto data provider CryptoCompare noted that the price drop was normal. According to him, “It is fairly standard that after a rise this large to see a pullback. The usual dislocation of markets was seen.”

Bitcoin Crypto News Featured
Disclaimer
Read More Read Less
The information provided on this website shouldn’t be considered as investment, tax, legal, or trading advice. Morning Tick is not an investment advisory platform, nor do we intend to be. The publication, its’s management team, or authored-by-line doesn’t seem liable for your personal financial losses, which may be due to your panic decisions based on the content we published. We strongly recommend considering our stories as just a piece of information, unlike advice, recommendations, or requests. Some of the contents may get outdated, updated, or inaccurate despite our profound editorial policies. We urge readers to do their due diligence before making any investments decision with ongoing IDOs, ICOs, IEOs, or any other kind of financial offerings. Few outbound links may be commissioned or affiliated, which helps us grow financially and maintain healthy editorial norms. For more information, visit disclaimer page.
Share. Facebook Twitter Pinterest LinkedIn Email Reddit WhatsApp
Previous ArticleSydney Police nab man for trying to launder $4.3m with Bitcoin
Next Article Bitcoin price prediction: What’s next for BTC, $50K or more dip?