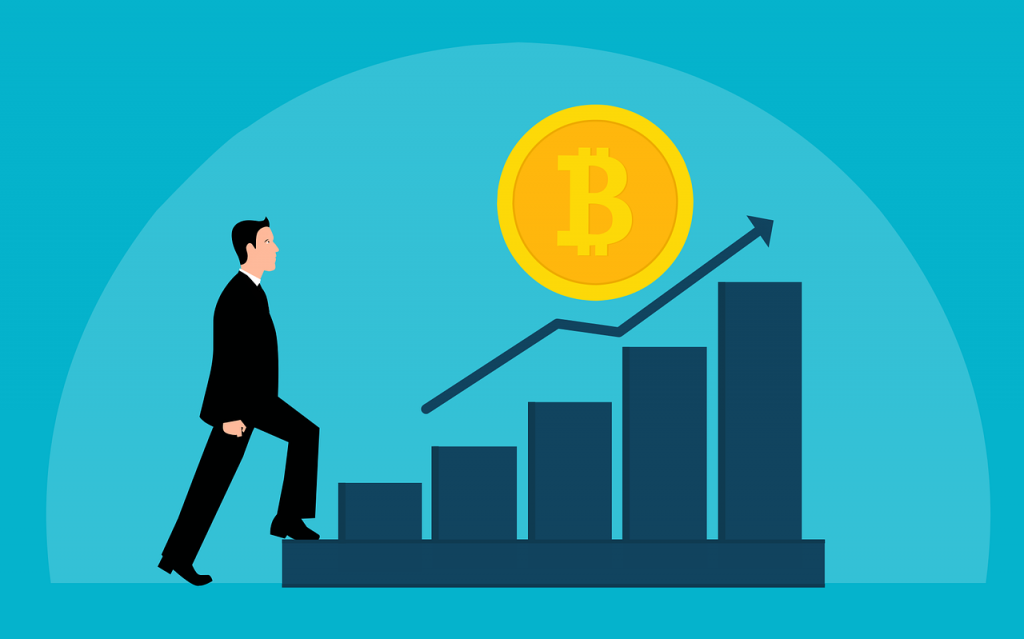 Bitcoin’s valuation skyrocketed to impressive heights this week. Admittedly, having a digital currency has a real impact on the US dollar. Apart from most crypto enthusiasts, many prominent high-profile voices have jumped on the Bitcoin bandwagon.

Lately, it was Blackrock CEO Larry Fink who said bitcoin has “caught the attention” of many, therefore making it a potential gamechanger in the future of money.

Speaking to the former Bank of England Governor Mark Carney as reported by CNBC, Fink added that while Bitcoin is still a “pretty small market relative to other markets,” the digital asset might possibly “evolve into a global market asset.”

Fink left some food for thought for analysts by raising the question, “Does it change the need for the dollar as a reserve currency?”

Rieder went further to say that it is essentially “millennials’ receptivity” to the digital currency that is responsible for the sector’s escalating global traction. He also explained Bitcoin’s durability comparing it to gold and said: “Do I think it’s a durable mechanism that [will] take the place of gold to a large extent? Yeah, I do, because it’s so much more functional than passing a bar of gold around.”

The asset management firm’s interest in Bitcoin follows a slew of notable personalities who have endorsed the crypto industry. For instance, Wall Street investor Stan Druckenmiller believes that BTC will “work even better” than gold.

Following this interview, Raoul Pal, CEO of Real Vision tweeted: “The significance of the world’s greatest and most respected money manager – Stan Druckenmiller saying just now that he is long bitcoin can not be overstated. That has removed every obstacle for any hedge fund or endowment to invest…”

The significance of the worlds greatest and most respected money manager – Stan Druckenmiller saying just now that he is long bitcoin can not be overstated. That has removed every obstacle for any hedge fund or endowment to invest…#Bitcoin

Furthermore, financial titan and veteran investor Paul Tudor said bullishly: “Bitcoin has this enormous contingence of really, really smart and sophisticated people who believe in it. It’s like investing with Steve Jobs and Apple or investing in Google early.”

More recently, the asset has piqued the interest of several aspiring entrepreneurs. Twitter boss Jack Dorsey purchased $50 million worth of bitcoin through his payment platform Square. “Cryptocurrency is an instrument of economic empowerment and provides a way for the world to participate in a global monetary system,” it said in a statement.

The coin has attracted not just billionaire hedge fund managers and financial players but also celebrities. Game of Thrones’ star Masie Williams who played the role of Arya Stark was seen posting a poll asking her followers if she should take the plunge. While 53.4% voted against, the star ignored their advice and said she “bought some anyway.”

should i go long on bitcoin ?

On Monday, December 1, Bitcoin surged in value witnessing a massive upward curve and, touched its all-time high price range at $19,920.53 before it fell to $18,820 at the time of writing. Despite the drop, the cryptocurrency has soared by 160% this year and we can be sure that it might soon become increasingly mainstream.

Bitcoin Crypto News
Disclaimer
Read More Read Less
The information provided on this website shouldn’t be considered as investment, tax, legal, or trading advice. Morning Tick is not an investment advisory platform, nor do we intend to be. The publication, its’s management team, or authored-by-line doesn’t seem liable for your personal financial losses, which may be due to your panic decisions based on the content we published. We strongly recommend considering our stories as just a piece of information, unlike advice, recommendations, or requests. Some of the contents may get outdated, updated, or inaccurate despite our profound editorial policies. We urge readers to do their due diligence before making any investments decision with ongoing IDOs, ICOs, IEOs, or any other kind of financial offerings. Few outbound links may be commissioned or affiliated, which helps us grow financially and maintain healthy editorial norms. For more information, visit disclaimer page.
Share. Facebook Twitter Pinterest LinkedIn Email Reddit WhatsApp
Previous ArticleICO investors feel ‘deceived’ by cryptocurrency companies, finds Xangle
Next Article Top 5 tech PR firms every brand should know about