Analysis: Bitcoin could face a small hurdle while it climbs to $60k 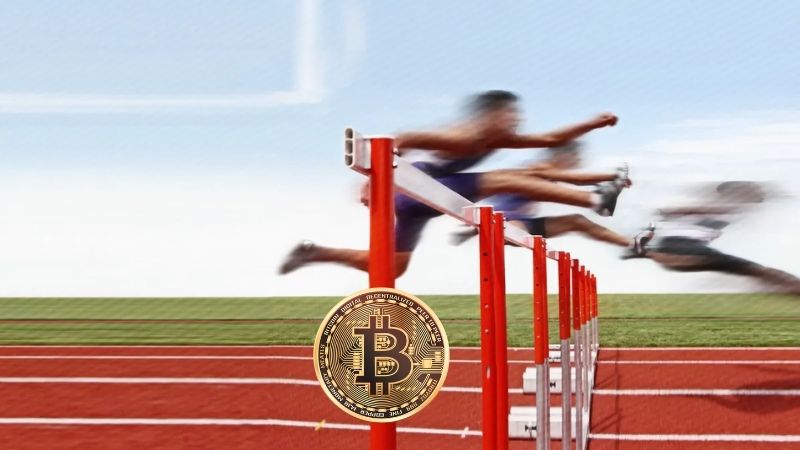 The short term price chart of Bitcoin revealed that the asset could encounter a slight blip before its big break. The volume in the one-hour chart was quite lower than it was in the last couple of days.

The Awesome Oscillator indicator was seen bidding adieu to the bulls as it flipped from green and walked into the red. This further pointed at a bearish momentum.

The Relative Strength Index indicator revealed that a buyers’ market was noted on BTC’s short term chart since the RSI marker was at 60 median.

Bitcoin’s one-day price chart suggested that the asset could experience a slight increase in its volatility as the bands in the Bollinger Bands indicator were wide apart. The chart volume was moderate, which further implied that there was not much activity in the BTC/USD market.

The Chaikin Money Flow indicator was seen on an upward trajectory since the begining of the month.

At press time, the CMF marker was seen over zero, which was a bullish sign.

The Money Flow Index indicator was seen exerting a buyers’ notion. The asset was undoubtedly being overbought throughout the month.

Amidst this, the number of BTC addresses in profit hit an all-time high of 34,827,881.101. Bitcoin is undoubtedly luring in investors as well as HODLers thanks to its ever-rising price. While the asset aims for $60K, this metric could further see a surge.

Bitcoin Crypto News Market Analysis
Disclaimer
Read More Read Less
The information provided on this website shouldn’t be considered as investment, tax, legal, or trading advice. Morning Tick is not an investment advisory platform, nor do we intend to be. The publication, its’s management team, or authored-by-line doesn’t seem liable for your personal financial losses, which may be due to your panic decisions based on the content we published. We strongly recommend considering our stories as just a piece of information, unlike advice, recommendations, or requests. Some of the contents may get outdated, updated, or inaccurate despite our profound editorial policies. We urge readers to do their due diligence before making any investments decision with ongoing IDOs, ICOs, IEOs, or any other kind of financial offerings. Few outbound links may be commissioned or affiliated, which helps us grow financially and maintain healthy editorial norms. For more information, visit disclaimer page.
Share. Facebook Twitter Pinterest LinkedIn Email Reddit WhatsApp
Previous ArticleElon Musk blasts popular Bitcoin critic Peter Schiff over Gold comparison
Next Article Sydney Police nab man for trying to launder $4.3m with Bitcoin