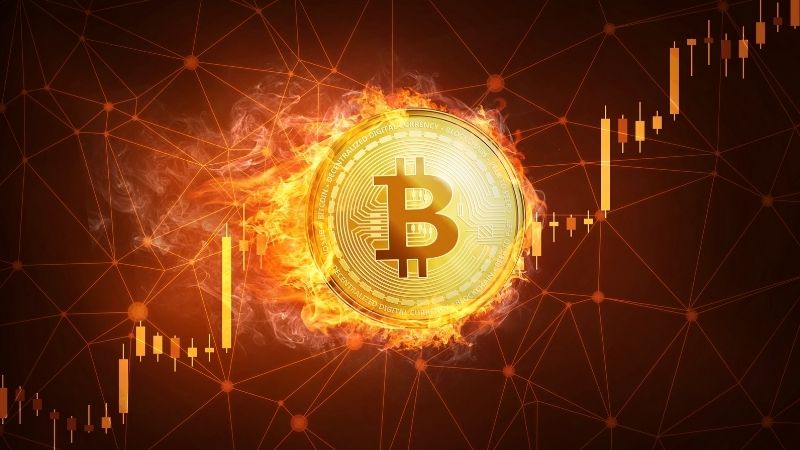 With the market cap of the crypto industry hitting a high of $1.50 trillion, Bitcoin accounted for almost $920 billion- around 61.3%. It is noteworthy that the surge in the market capitalization was largely occasioned by the increase in price.

Back when BTC’s market cap was still at $800 billion, the asset had taken over prominent firms like Tesla and Facebook. Now, Bitcoin seems to be aiming for Tencent’s sixth position as the latter’s market cap is at $950 billion. The persistence of the current trend could push the king coin above several giants.

At the time of writing, Bitcoin was trading at  $49,342. Specifically, the asset was in its retracement period as it hit an all-time high of $50,341, earlier today. Expectedly, the mark elevated the spirits of the BTC community. Over the past seven days, BTC had surged by over 7%, while the last 24-hours had insinuated a price change of merely 2%.

The long-term price chart of BTC revealed that the asset wasn’t going to get off from its throne as the largest cryptocurrency. The Chaikin Money Flow indicator affirmed the presence of bulls by dwelling above zero. This further negated the possibility of the king coin slumping lower than $49K. The Relative Strength Index indicator exposed that Bitcoin was being overbought and has been the same since the beginning of this month.

Reacting to the latest developments, Anthony Pompliano aka Pomp, founder and partner at Morgan Creek Digital, suggested that continuity of the trend could push Bitcoin to greater heights – possibly $100K before the end of 2021.

Not many financial assets have that benefit.

An array of people went on to tweet about BTC’s latest journey to the  $50K mark.

Bitcoin Crypto News Featured Market Analysis
Disclaimer
Read More Read Less
The information provided on this website shouldn’t be considered as investment, tax, legal, or trading advice. Morning Tick is not an investment advisory platform, nor do we intend to be. The publication, its’s management team, or authored-by-line doesn’t seem liable for your personal financial losses, which may be due to your panic decisions based on the content we published. We strongly recommend considering our stories as just a piece of information, unlike advice, recommendations, or requests. Some of the contents may get outdated, updated, or inaccurate despite our profound editorial policies. We urge readers to do their due diligence before making any investments decision with ongoing IDOs, ICOs, IEOs, or any other kind of financial offerings. Few outbound links may be commissioned or affiliated, which helps us grow financially and maintain healthy editorial norms. For more information, visit disclaimer page.
Share. Facebook Twitter Pinterest LinkedIn Email Reddit WhatsApp
Previous ArticleKISS’s Gene Simmons endorses Binance coin (BNB), Will the Bull run continues?
Next Article Will Ethereum (ETH) ever hit $2,000?