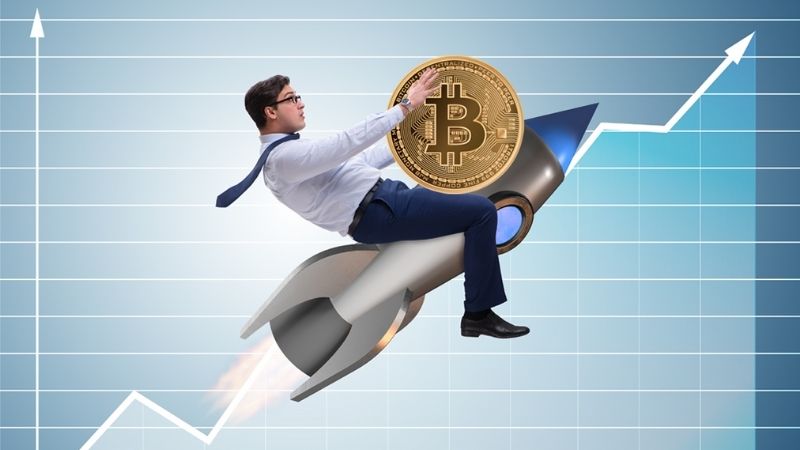 Bitcoin [BTC] at $50K is the new normal, suggested Tyler Winklevoss, the CEO of cryptocurrency exchange Gemini. Bitcoin emerged as the most valuable asset as the coin jumped from a low of $16K to a current high of $51K. The king coin market cap was at $951 billion, and an increase in this number could help the entire market cap of the industry hit $2 trillion.

During the time of writing, Bitcoin was trading for $51,441 with a 4.85% increase in the last 24-hours. The asset hit an all-time high of $51,532, further targeting $52K. With this immaculate increase in the king coin’s price, the dominance of the asset also spiked. At press time, BTC was dominating the crypto market by over 62%.

The Bollinger Bands indicator used in the one-day price chart of Bitcoin announced that the coin was in for a surge in its volatility. The disparity between the bands indicated the possible fluctuations in the asset’s price. The Awesome Oscillator restored hope in the market by forming green closing bars. This bullish momentum advertised by the indicator could pose beneficial for the king coin considering the possible fluctuations in the price of BTC.

The Chaikin Money Flow indicator was above zero and seemed to have no intention of slumping below this mark. The asset has remained in this state since the beginning of this month.

The one-day price chart of BTC revealed that the king coin was being overbought for the longest time now. Bitcoin had been exerting a buyers’ sentiment throughout November up until now. While the price of the king coin is luring in an array of people, the latest activity could further propel the price of BTC.

The narrative of Bitcoin vs Gold has been making the rounds in the crypto-verse for a while now. The parabolic jump that Bitcoin underwent made the community believe that the king coin entailed the abilities to overhaul gold soon. While BTC moves beyond $51K, gold was seen dropping down. Holger Zschäpitz tweeted about the same,

Looks as if #Bitcoin is eating #Gold. While the cryptocurrency hit fresh ATH >51k, Gold has dropped <$1800. pic.twitter.com/sCorEFrV2f

Bitcoin Crypto News Market Analysis
Disclaimer
Read More Read Less
The information provided on this website shouldn’t be considered as investment, tax, legal, or trading advice. Morning Tick is not an investment advisory platform, nor do we intend to be. The publication, its’s management team, or authored-by-line doesn’t seem liable for your personal financial losses, which may be due to your panic decisions based on the content we published. We strongly recommend considering our stories as just a piece of information, unlike advice, recommendations, or requests. Some of the contents may get outdated, updated, or inaccurate despite our profound editorial policies. We urge readers to do their due diligence before making any investments decision with ongoing IDOs, ICOs, IEOs, or any other kind of financial offerings. Few outbound links may be commissioned or affiliated, which helps us grow financially and maintain healthy editorial norms. For more information, visit disclaimer page.
Share. Facebook Twitter Pinterest LinkedIn Email Reddit WhatsApp
Previous ArticleWill Ethereum (ETH) ever hit $2,000?
Next Article Binance coin (BNB) continues to be overbought while trying to hit $150