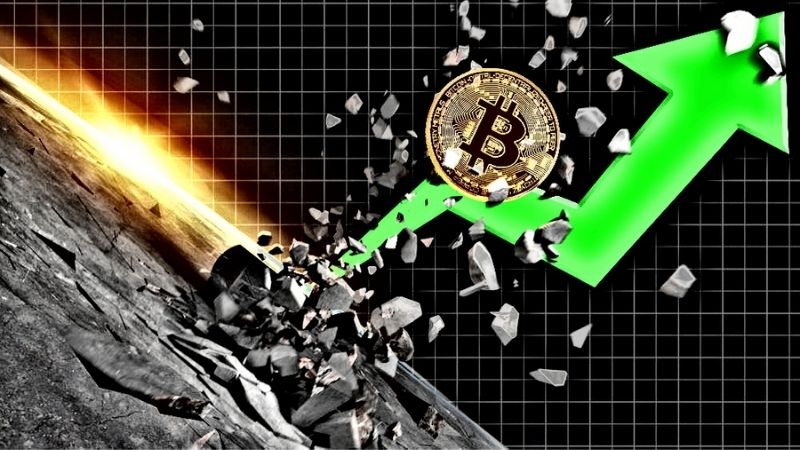 The prominent cryptocurrency Bitcoin [BTC] was seen taking it slow over the past few days. The king coin had been resting below the $35K zone for the longest time. However, BTC was seen heading towards a change in this trend. The coin had diminished all the hopes that the crypto industry had built up for the asset. Yet, proving to be a volatile asset, Bitcoin decided to break past several lines of resistance.

The last two days proved to be remarkably beneficial for the king coin. The asset moved too close to its all-time high of $41,941.56 that it garnered about a month ago. At the time of writing, BTC was trading for a high of $40,905 with a daily surge of over 7.24%. The last seven days helped the asset bag profits of over 19%.

The one-day price chart of Bitcoin also entertained the bulls. The Parabolic SAR indicator laid down dotted lines below the candlesticks, which stood a wall against any inherent downtrend. The Chaikin Money Flow [CMF] indicator was way above zero, suggesting that the bulls were in the BTC market. The Money Flow Index [MFI] revealed that the coin was getting back from the overbought zone.

This bullish trend that had struck the BTC market got the crypto community in high spirits. Tyler Winklevoss gave the king coin some motivation to push beyond $41 K. He tweeted,

Interestingly, The overall market cap of the crypto industry is hitting new highs every day. Currently, the global crypto market cap was at a high of $1.21 trillion.

Bitcoin Crypto News Market Analysis
Disclaimer
Read More Read Less
The information provided on this website shouldn’t be considered as investment, tax, legal, or trading advice. Morning Tick is not an investment advisory platform, nor do we intend to be. The publication, its’s management team, or authored-by-line doesn’t seem liable for your personal financial losses, which may be due to your panic decisions based on the content we published. We strongly recommend considering our stories as just a piece of information, unlike advice, recommendations, or requests. Some of the contents may get outdated, updated, or inaccurate despite our profound editorial policies. We urge readers to do their due diligence before making any investments decision with ongoing IDOs, ICOs, IEOs, or any other kind of financial offerings. Few outbound links may be commissioned or affiliated, which helps us grow financially and maintain healthy editorial norms. For more information, visit disclaimer page.
Share. Facebook Twitter Pinterest LinkedIn Email Reddit WhatsApp
Previous ArticleElon Musk’s Twitter followers incline towards Dogecoin speculate bull run
Next Article Bitcoin swims among high tides, Will it soon surge past $50K?