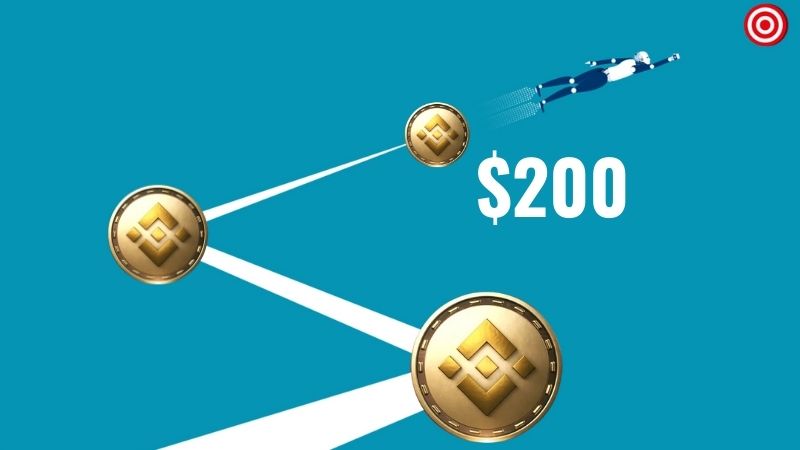 Binance coin [BNB] seems to be emerging as the most promising coin. While the entire crypto-verse was riding the bull, BNB had surged by over 30% in the last 24-hours. Bitcoin had hit a high of $52K while its market cap was seen to reach $1 trillion.

Astonishingly, the Binance coin was seen taking over as the sixth largest coin as its market cap sprung up to a high of $26.32 billion. XRP was once again pushed further down the crypto ladder.

At the time of writing, BNB was trading for $170.74 as it was experiencing correction from its all-time high of $175.12 that it achieved about 10 hours ago. Binance coin [BNB] has time and again been touted as an Ethereum [ETH] killer. ETH was also seen close to hitting a high of $2K; at press time, the altcoin was $1,905.

Changpeng Zhao, the CEO of Binance, even tweeted an increase in the Binance Smart Chain compared to ETH. He tweeted,

There are almost 2x more transactions on #BSC than on ETH.

If you want more users for your Dapp, you need to be on #BSC now. pic.twitter.com/ZYnbFOVysc

While some suggested that both these networks could co-exist, a few others were adamant about Binance being an Ethereum killer.

BNB was experiencing a smooth sailing towards $200. The one-day price chart of BNB pointed out that the bulls would aid this journey of the asset towards $200.

The Parabolic SAR indicator was seen prolonging its line of support it had laid down for the asset below the candlesticks. This line would prevent BNB from slumping any further below. BNB’s price movement even led to speculations that $160 was the new floor for the altcoin instead of $130.

The Awesome Oscillator indicator also suggested that the bulls were in the BNB market by laying out green closing bars. Additionally, the Klinger Oscillator formed a bullish crossover.

Binance coin advances its stay in the overbought zone

Binance Crypto News Featured Market Analysis
Disclaimer
Read More Read Less
The information provided on this website shouldn’t be considered as investment, tax, legal, or trading advice. Morning Tick is not an investment advisory platform, nor do we intend to be. The publication, its’s management team, or authored-by-line doesn’t seem liable for your personal financial losses, which may be due to your panic decisions based on the content we published. We strongly recommend considering our stories as just a piece of information, unlike advice, recommendations, or requests. Some of the contents may get outdated, updated, or inaccurate despite our profound editorial policies. We urge readers to do their due diligence before making any investments decision with ongoing IDOs, ICOs, IEOs, or any other kind of financial offerings. Few outbound links may be commissioned or affiliated, which helps us grow financially and maintain healthy editorial norms. For more information, visit disclaimer page.
Share. Facebook Twitter Pinterest LinkedIn Email Reddit WhatsApp
Previous ArticleBinance coin (BNB) continues to be overbought while trying to hit $150
Next Article Ethereum price crosses $1.9K, Will ETH ever make it past $2K?