By Staff ReporterPublished 11 months ago on February 24, 2021 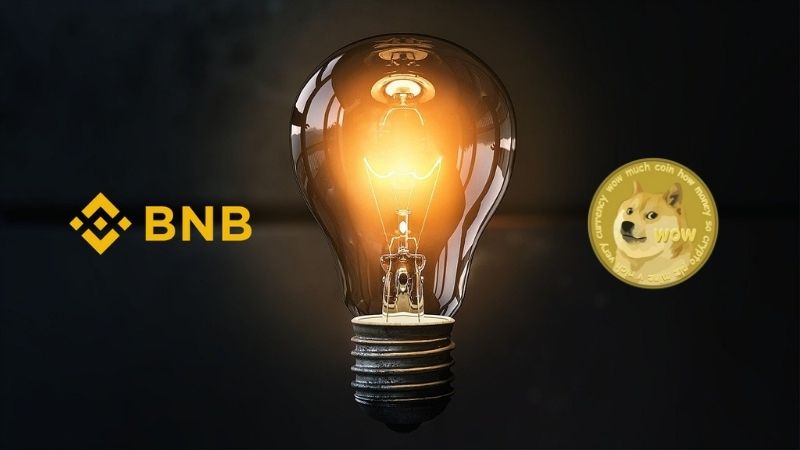 Almost every coin in the crypto market was finally getting back on its feet after yesterday’s crypto carnage. Binance coin [BNB] and Dogecoin [DOGE] undoubtedly were leading this resurrection.

From a high of $342, BNB slumped down to a low of $190. But the asset quickly sprung up to $280.09. The coin over the last seven days had garnered an increase of 78.18%. At the time of writing, BNB was trading for $240.78 with a 9.81% rise in the last 24-hours. BNB had momentarily slipped down the crypto ladder onto the fourth position. However, the altcoin found its way back into the third position with its market cap reaching $38.98 billion.

The one-day price chart of Changpeng Zhao’s coin was exerting a bullish inclination. The Chaikin Money  Flow [CMF] had been residing above zero, almost since mid-November. The CMF marker continues to do so further announcing the presence of bulls in the BNB market. The Parabolic SAR indicator formed a long line below the candlesticks. This line postured as a barrier against the bears.

The Money Flow Index [MFI] was being overbought despite the recent crash that it endured. The MFI marker during press time was on the buyers’ side.

Dogecoin pointed out that it was no joke despite being born out of a meme. The asset over the last year had witnessed a surge of over 2060%. The altcoin took over prominent cryptocurrencies like TRX and XMR as it emerged as the fifteenth largest cryptocurrency, with its market cap at $7.61 billion. At press time, DOGE was trading for $0.057 with a 19% surge in the last 24-hours.

The Bollinger Bands indicator, used in the one-day price chart of DOGE was seen apart but the disparity between the two wasn’t a lot.

The MACD indicator was undergoing a bearish crossover. The asset was in this crossover since last month. Despite this, the altcoin surged for a while.

The Relative Strength Index indicator was revealing a neutral notion with no major buying or selling activity on the cryptocurrency exchange Binance.

This chart implied that DOGE could find it difficult navigating the way to $1.

Altcoins Binance Crypto News Dogecoin Market Analysis
Disclaimer
Read More Read Less
The information provided on this website shouldn't be considered as investment, tax, legal, or trading advice. Morning Tick is not an investment advisory platform, nor do we intend to be. The publication or authored-by-line doesn't seem liable for your personal financial losses, which may be due to your panic decisions based on the content we published. We strongly recommend considering our stories as just a piece of information, unlike advice, recommendations, or requests. Despite our profound editorial policies, some of the contents may get outdated, updated, or inaccurate. We urge readers to do their due diligence before making any investments decision with ongoing IDOs, ICOs, IEOs, or any other kind of financial offerings. Few outbound links may be commissioned or affiliated, which helps us grow financially and maintain healthy editorial norms.
Share. Facebook Twitter Pinterest LinkedIn Email Reddit WhatsApp
Previous ArticleBitcoin (BTC) resurges above $50,000 as other cryptocurrencies follow suit
Next Article Ethereum’s chances of moving past $2k are bleak, suggest bears in the market