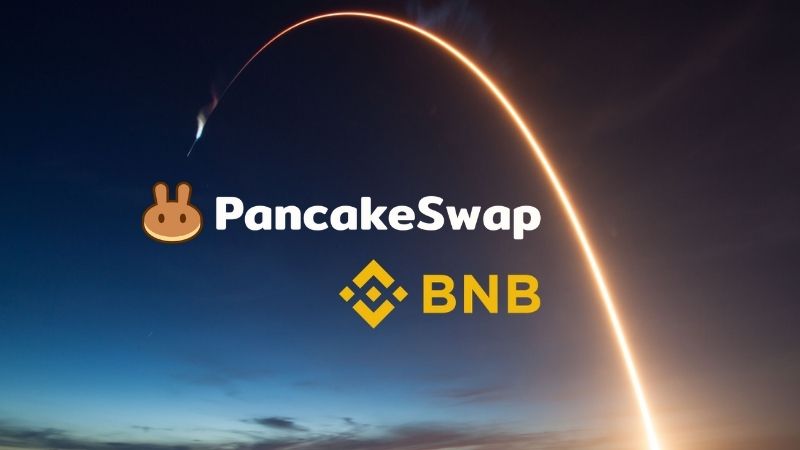 The crypto-verse was seen taking a break from its uphill journey as a few coins were seen painted red. Binance coin [BNB], however, maintained its stature and kept surging towards $300. The asset was seen navigating its way below the crypto-spotlight after registering a soar of about 50% in a day. While the BNB community, especially CZ was pumped about BNB’s price movement, the real reason behind this could be the Binance Smart Chain [BSC].

Binance coin [BNB] had exhibited an exceptional performance throughout the week. The asset jumped by a whopping 100% in the last seven days, which in turn moved the price of BNB from a low of $125 to an all-time high of $267.43. The altcoin experienced a slight correction as it was trading for $258 during press time.

BNB’s growth wasn’t limited to its price alone, and the asset’s market cap saw a notable bounce from the seventh position to the third. At the time of writing, BNB, with a market cap of $39 billion, had overhauled assets like Tether [USDT], Polkadot [DOT] as well as XRP.

While several vouched for BNB to hit a high of $300 soon, a few others suggested that the altcoin could soon be experiencing a setback as its bubble would break. But the indicators used in the altcoin’s price chart were seen supporting the former.

The one-day price chart for the trading pair BNB/BUSD was quite adamant about bulls’ presence in its market. The Parabolic SAR indicator was seen supporting the asset from experiencing any abrupt fall by depositing dotted lines below the candlesticks. The MACD line has been above the signal line for quite a while now, and the MACD indicator augmented this bullish trend.

This pair’s trading activity was skyrocketing as the Relative Strength Index indicator revealed that the altcoin was being overbought. The RSI marker almost hit a high of 100 median, which has never occurred before.

Just as the price of BNB was seen surging, the asset began making rounds as the “Ethereum killer.” The increase in the daily transactions on the Binance Smart Chain [BSC] compared to Ethereum forced the community to believe that BSC could diminish Ethereum. While the reason behind this shift was the increased prices on Ethereum, BSC seemed to be bringing into growth for both BNB as well as PancakeSwap [CAKE].

PancakeSwap is the decentralized wing of the Binance network. The project garnered traction after it emerged as the first billion-dollar project on BSC. The platform even took over Ethereum’s Uniswap to become the largest decentralized exchange in trading volume.

Similar to BNB, PancakeSwap’s native token price, CAKE, witnessed a drastic surge over this week. For seven days, CAKE had soared by almost 200%. It was further helping the coin to hit a high of $18.52.

The Bollinger Bands indicator displayed that CAKE was in for a rise in its volatility as the bands were seen diverging. The Awesome Oscillator indicator had formed green closing bars, suggesting that an increase in volatility could be profitable for the altcoin. The Money Flow Index indicator, additionally, affirmed that the asset was being overbought.

The increase in the activity on the Binance Smart Chain seems to have lured individuals into using BNB and CAKE.

Altcoins Binance Market Analysis
Disclaimer
Read More Read Less
The information provided on this website shouldn’t be considered as investment, tax, legal, or trading advice. Morning Tick is not an investment advisory platform, nor do we intend to be. The publication, its’s management team, or authored-by-line doesn’t seem liable for your personal financial losses, which may be due to your panic decisions based on the content we published. We strongly recommend considering our stories as just a piece of information, unlike advice, recommendations, or requests. Some of the contents may get outdated, updated, or inaccurate despite our profound editorial policies. We urge readers to do their due diligence before making any investments decision with ongoing IDOs, ICOs, IEOs, or any other kind of financial offerings. Few outbound links may be commissioned or affiliated, which helps us grow financially and maintain healthy editorial norms. For more information, visit disclaimer page.
Share. Facebook Twitter Pinterest LinkedIn Email Reddit WhatsApp
Previous Article‘I have taken a neutral stance on Bitcoin’, Bill Gates declares
Next Article Binance Coin (BNB) flips Tether, becomes third-largest crypto by market cap