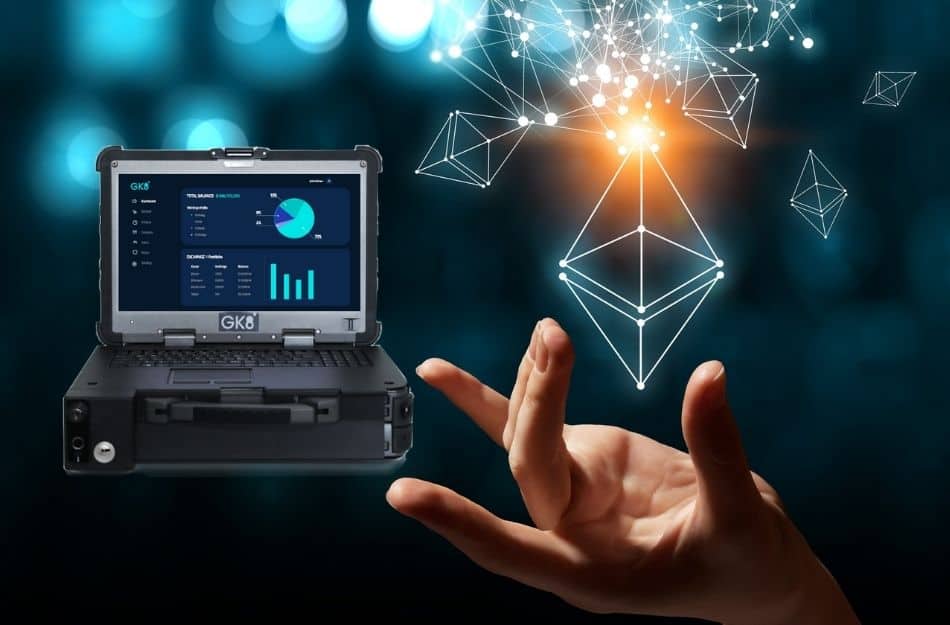 There has been a proliferation in banks and financial institutions dealing in cryptocurrencies. While digital assets are proving to transform the financial industry and cash as we know it, there are now also rewards when using them.

In a new announcement, blockchain cybersecurity company GK8 said it will enable banks to offer Staking on Ethereum 2.0. In simple words, banks and fintech companies will be able to earn interest on Ethereum 2.0. This new feature will be applicable for both direct investments and in exchange for a fee from customers. This means banks can leverage on crypto to create new revenue streams.

Staking also called Proof of Stake is based on validation of transactions on the Ethereum network in return for a reward. The Ethereum market cap rose by 62% in 2021 alone, surpassing $140 billion. As a result, the next version of the Ethereum protocol indeed looks promising.

GK8 explained that the digital assets used in its Staking process are completely cybersafe from laptop-wielding larcenists and cybercriminals.

“They are managed through the company’s patented air-gapped Cold Vault, which remains 100% offline, with no exposure to potential attack vectors,” it said in a statement. “These funds are covered by an insurance of up $500M, offered exclusively to GK8 customers by insurance giant Aon UK.”

Commenting on the new add-on feature to boost the digital asset network, GK8 CEO and co-founder Lior Lamesh said: “The combination of the most secure custody solution and the highest insurance policy minimizes any risks associated with Staking.”

“On top of saving millions in losses due to potential cyberattacks and reputational damage, our secured platform can now help banks create new revenue streams and benefit from the exponential growth in blockchain-based activities,” Lamesh concluded.

Crypto News Ethereum
Disclaimer
Read More Read Less
The information provided on this website shouldn’t be considered as investment, tax, legal, or trading advice. Morning Tick is not an investment advisory platform, nor do we intend to be. The publication, its’s management team, or authored-by-line doesn’t seem liable for your personal financial losses, which may be due to your panic decisions based on the content we published. We strongly recommend considering our stories as just a piece of information, unlike advice, recommendations, or requests. Some of the contents may get outdated, updated, or inaccurate despite our profound editorial policies. We urge readers to do their due diligence before making any investments decision with ongoing IDOs, ICOs, IEOs, or any other kind of financial offerings. Few outbound links may be commissioned or affiliated, which helps us grow financially and maintain healthy editorial norms. For more information, visit disclaimer page.
Share. Facebook Twitter Pinterest LinkedIn Email Reddit WhatsApp
Previous ArticleCrypto market cap might reach $2 trillion quicker than Apple, says Messari analyst
Next Article UK Finance ministry calls crypto community on regulatory laws for stablecoins