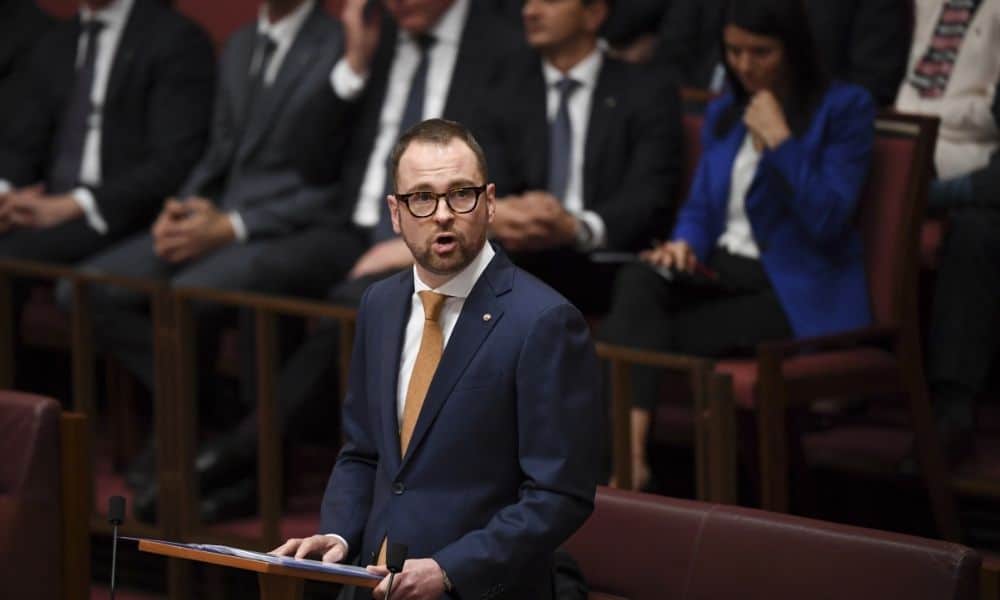 Senator Andrew Bragg, a liberal politician in the Australian cabinet, touted his support for disruptive blockchain technology to be included in the country’s financial sector. Bragg believes that blockchain will be the solution to the problems of financial regulatory compliance, and will enable more transparency in the financial procedures in Australia.

Senator Bragg spoke today at the Future of Financial Services 2020 Conference and said:

“The future is technology by blockchain“. He put forth several problems that the country faces currently – unregulated financial processes, frauds, high costs of financial procedures.

According to Senator Bragg, all these problems would be solved by the advent of blockchain within the system.

“It may well be the solution to one-touch government with international transactions in real-time. It will eliminate our time zone problem…”, he continued.

Senator Bragg is optimistic about the use of blockchain in Australia because he looks at building a competitive financial sector in the Asia-Pacific region. Specifically, he pinpointed the financial hubs of Singapore and Hong Kong, which Australia aims to overtake.

Bragg underlined the political turmoil in Hong Kong and stated that this was the time for the Australian financial market to consolidate a strong position in global trade markets.

When speaking about Singapore, Bragg admitted that Australia was lagging behind, but admitted that they would have to step up to the challenge now. He said,

“Singapore’s ambition is to build the world’s first global data exchange, and we’re going to have to lift our game to compete with that”.

Andrew Bragg threw the spotlight over two key developments in the country, which would rope in more business Australia’s way. He mentioned the announcement by the Ministry of Immigration to create a “strike team”, which would lobby and lure financial business towards Australia.

Moreover, Bragg mentioned that a 15-member squad has been created to devise ways to take advantage of Hong Kong’s political problems. This team would also create special policy pitches to the top tier of the Australian government, in order to increase financial activity and raise compliance of financial regulation.

Adoption Australia Blockchain
Disclaimer
Read More Read Less
The information provided on this website shouldn’t be considered as investment, tax, legal, or trading advice. Morning Tick is not an investment advisory platform, nor do we intend to be. The publication, its’s management team, or authored-by-line doesn’t seem liable for your personal financial losses, which may be due to your panic decisions based on the content we published. We strongly recommend considering our stories as just a piece of information, unlike advice, recommendations, or requests. Some of the contents may get outdated, updated, or inaccurate despite our profound editorial policies. We urge readers to do their due diligence before making any investments decision with ongoing IDOs, ICOs, IEOs, or any other kind of financial offerings. Few outbound links may be commissioned or affiliated, which helps us grow financially and maintain healthy editorial norms. For more information, visit disclaimer page.
Share. Facebook Twitter Pinterest LinkedIn Email Reddit WhatsApp
Previous ArticleToy manufacturer Mattel hit with ransomware in July, no financial loss
Next Article 71% increase in ransomware attacks in healthcare sector in October 2020