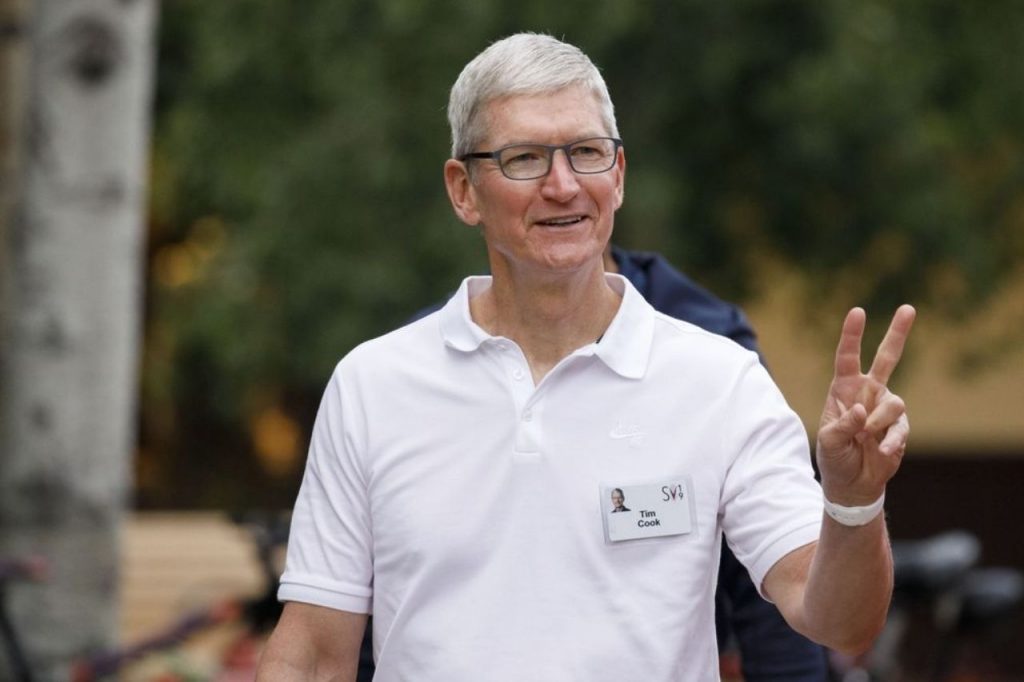 Tim Cook and his financial practices made the airwaves for the second consecutive day as the Apple CEO sold his AAPL shares worth approximately $131.7M on August 25, 2020.

The Securities and Exchange Commission (SEC) reported the latest sale of AAPL shares. It identified that the shares that were sold on Monday and Tuesday, August 24 and 25 (respectively) were owned by CEO Tim Cook. He reportedly was rewarded with 560,000 shares, out of which Apple held 294,840 shares for statutory tax withholding, and Cook sold the remaining 265,000 units at various rates ranging from $493 – $503 per share. The cumulative sum of the sale was $131.7m.

Cook’s stock reward included 280,000 time-based RSUs(Restricted Stock Units) along with 280,000 ‘performance-based’ RSUs. The performance-based RSUs relied on Apple’s total shareholder return relative to other companies in the S&P 500 over the three-year period from August 25, 2017 through August 24, 2020, according to MacRumors.

This means that Tim Cook receives the second batch of 280,000 RSUs only if Apple manages to keep its top-end spot in the S&P 500. The company needed a TSR (Total Shareholder Return) of at least 48.28% to stay above the middle third of the S&P index. Apple managed to have a TSR of 194.89% for the three-year period, and Tim Cook could receive the promised RSUs.

This is the second consecutive day that Tim Cook’s financials are in the news; he made a donation worth approximately $5M to an undisclosed charity just yesterday.

According to Bloomberg Billionaires Index, Tim Cook has a fortune slightly upwards of $1 billion. Added to that, Apple Inc. is seeing significant profits in Asian markets and AAPL stock is trading at great numbers.

Apple Business Tim Cook
Disclaimer
Read More Read Less
The information provided on this website shouldn’t be considered as investment, tax, legal, or trading advice. Morning Tick is not an investment advisory platform, nor do we intend to be. The publication, its’s management team, or authored-by-line doesn’t seem liable for your personal financial losses, which may be due to your panic decisions based on the content we published. We strongly recommend considering our stories as just a piece of information, unlike advice, recommendations, or requests. Some of the contents may get outdated, updated, or inaccurate despite our profound editorial policies. We urge readers to do their due diligence before making any investments decision with ongoing IDOs, ICOs, IEOs, or any other kind of financial offerings. Few outbound links may be commissioned or affiliated, which helps us grow financially and maintain healthy editorial norms. For more information, visit disclaimer page.
Share. Facebook Twitter Pinterest LinkedIn Email Reddit WhatsApp
Previous ArticleChina Tesla rival Xpeng employs Blackberry for in-car OS
Next Article US Government announces $625m funding to develop special AI, Quantum Tech hubs