Apple A13 Bionic is faster than the Snapdragon 885+, verified by Geekbench 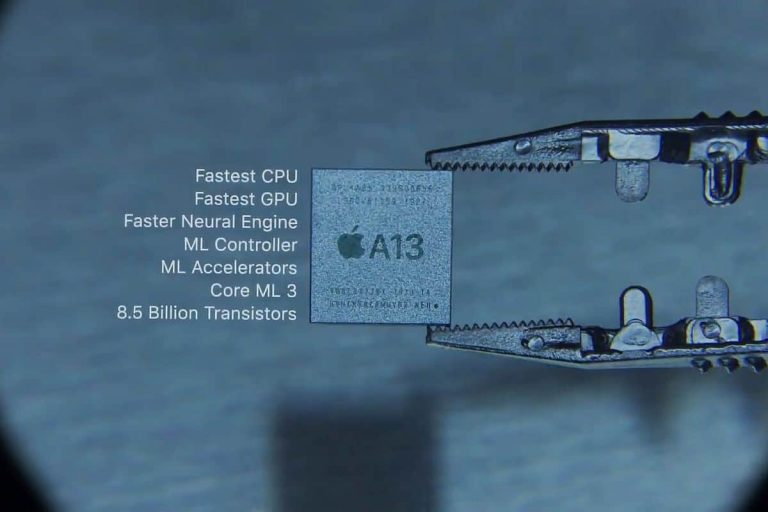 It has an eight-core neural engine that adds, “6x faster matrix multiplication.” Apple claims that the chip can perform one trillion operations per second. The A13 Bionic System on a Chip (SoC) is claimed to be more powerful than Kirin 980 and Snapdragon 855.

Geekbench ranking of the iPhone 11 has proved that the company was right about A13 Bionic. Geekbench is a processor benchmarking platform. It runs several tests on the processor to measure the time taken by the processor to complete the task.

The list published by Geekbench has the device listed as iPhone A12,3. It is believed that the model is iPhone 11 powered by Apple A13 Bionic processor. The points scored by the device in single-core and multi-core tests is impressive.

According to the result, 5,472 points were scored by the device in the single-core benchmark on Geekbench 4 which is more than as compared to 3263 points of Black Shark 2 smartphone having a Snapdragon 855+ processor. Again, In the multi-core test also the iPhone 11 series score 13,769 points more than Black Shark 2 with Snapdragon 855+ chipset which scored only 11,367.

Apple Consumer Tech Geekbench
Disclaimer
Read More Read Less
The information provided on this website shouldn’t be considered as investment, tax, legal, or trading advice. Morning Tick is not an investment advisory platform, nor do we intend to be. The publication, its’s management team, or authored-by-line doesn’t seem liable for your personal financial losses, which may be due to your panic decisions based on the content we published. We strongly recommend considering our stories as just a piece of information, unlike advice, recommendations, or requests. Some of the contents may get outdated, updated, or inaccurate despite our profound editorial policies. We urge readers to do their due diligence before making any investments decision with ongoing IDOs, ICOs, IEOs, or any other kind of financial offerings. Few outbound links may be commissioned or affiliated, which helps us grow financially and maintain healthy editorial norms. For more information, visit disclaimer page.
Share. Facebook Twitter Pinterest LinkedIn Email Reddit WhatsApp
Previous ArticleLenovo Z6 Pro 5G Explorer Edition launching soon, says Lenovo’s VP
Next Article Top 10 Best Instagram Photo Editor Apps for Android & iOS