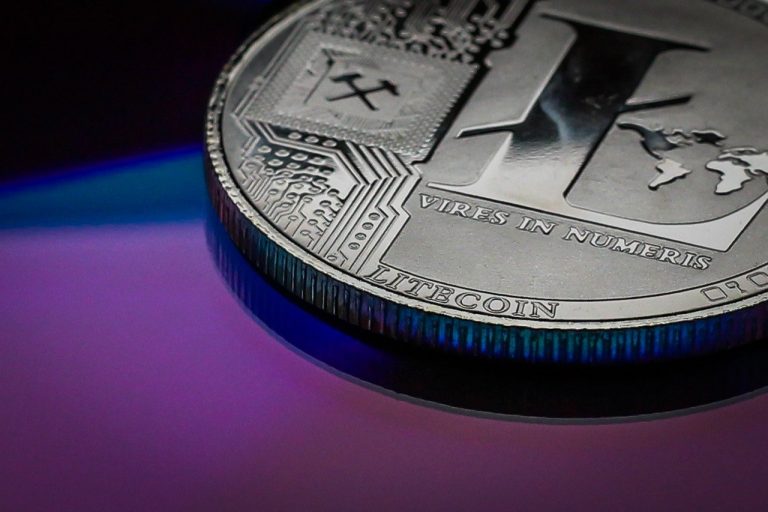 Litecoin accelerated past the $300 mark and traded to a new yearly high on April 16. The LTC/USD clears the $300 level to register fresh yearly highs around the $320 region. The breakout reached highs of $319.94 before a mild retracement. If the high levels provide resistance, then LTC could trade sideways below it and consolidate the run. On the other hand, a failure of the high levels to provide resistance could result in Litecoin testing the $350 psychological level.

In June 2020, Deutsche Börse became the first exchange worldwide to launch trading in centrally cleared crypto products. While expanding its range of cryptocurrency products, Deutsche Börse launched a Litecoin-based Exchange Traded Note (ETN) on April 14. This will be available for trading via Xetra and Börse Frankfurt for the first time. Investors can now choose from ten ETNs amongst four providers on Bitcoin, Bitcoin Cash, Ethereum, and Litecoin.

LTC is presently consolidating below the yearly high at $320. The RSI is pointing upwards to the 80 reading. This means that bulls are likely to remain in the long run for another assault on the $350 psychological mark, if broken, will reveal goals at $400 and beyond.

The upside run should ideally stay above the day’s low of $266 (having retested support at this level in two days), with deeper dips to stay above rising MA 50 ($206) to keep bulls intact. Only the break of MA 50 at $206 would sideline bulls. Any further losses below this point could accelerate the decline towards the $166 and $152 support level in the short term.

In addition, note that the bullish run-up trading could end with a retracement. A potential retracement at the current price could reach for a retest of the $300 level, which the $266 level would support.

On the downside, there are many supports, starting with $266. Ahead of the MA 50, the support levels at $240 and $211 may stall downside risks. The LTC/USD could find support and trade sideways above any of these levels in the case of a strong pullback until a strong bullish impulse causes a break above the $320 resistance.

To summarize, the LTC/USD is maintaining a bullish tone above the moving averages. Yet, it appears that the pair needs to stay afloat in the $300 region before resuming the next leg of the uptrend.

Altcoins Crypto News Market Analysis
Disclaimer
Read More Read Less
The information provided on this website shouldn’t be considered as investment, tax, legal, or trading advice. Morning Tick is not an investment advisory platform, nor do we intend to be. The publication, its’s management team, or authored-by-line doesn’t seem liable for your personal financial losses, which may be due to your panic decisions based on the content we published. We strongly recommend considering our stories as just a piece of information, unlike advice, recommendations, or requests. Some of the contents may get outdated, updated, or inaccurate despite our profound editorial policies. We urge readers to do their due diligence before making any investments decision with ongoing IDOs, ICOs, IEOs, or any other kind of financial offerings. Few outbound links may be commissioned or affiliated, which helps us grow financially and maintain healthy editorial norms. For more information, visit disclaimer page.
Share. Facebook Twitter Pinterest LinkedIn Email Reddit WhatsApp
Previous ArticleHolochain (HOT) price analysis: Declines to fresh lows amid downside pressure
Next Article Polkadot (DOT) price analysis: Breaks into new high on fresh bullish attack