Analysis: Cardano (ADA) dwells in the overbought zone as it records new ATH 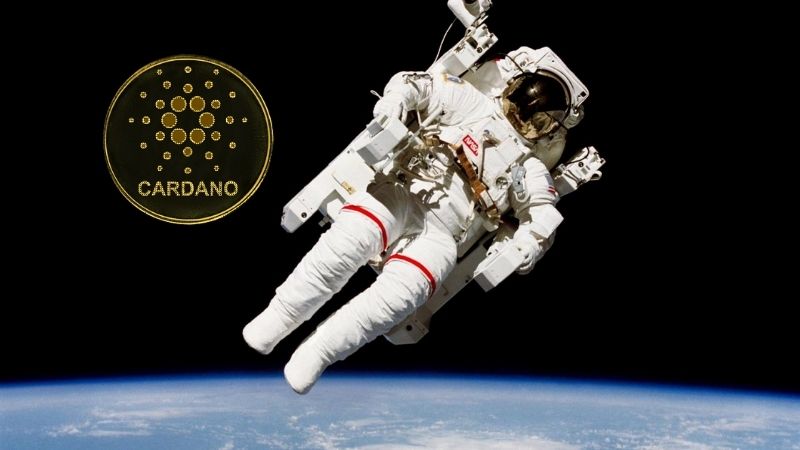 Cardano [ADA] emerged as the star of the crypto market. The altcoin’s ability to rise amidst the bearish market propelled it to the top. The asset rose from cents up to a dollar. While all the other crypto assets lost their gains during the last couple of days, ADA was the only asset that surged both in terms of price and market cap.

With a 33.34% surge in the last 24-hours, ADA managed to move beyond its all-time high of $1.33. During writing, ADA had finally broken past a strong line of resistance at $1.17 and was trading at $1.44. The altcoin even went on to flip Binance Coin [BNB] and took over as the third-largest cryptocurrency in terms of market cap. ADA’s market cap rose to a high of $43.49 billion, further helping it climb up the crypto ladder.

The short-term price chart of ADA suggested that the altcoin was residing in the bullish realm. The Parabolic SAR indicator formed a line of support below the candlesticks and restricted a downtrend’s chances.

The MACD line had slumped below the signal line for a brief period yesterday. But, the MACD line found its way back on top and formed a bullish crossover. The Relative Strength Index indicator revealed strong buyers’ sentiment as the marker was noted in the overbought zone.

The bulls seemed to have found permanent accommodation in the ADA market. ADA was probably the only asset harboring the bulls around this time. The Awesome Oscillator used in the one-day price chart of ADA formed a green closing bar and revealed bullish momentum. The Chaikin Money Flow indicator was over zero which further implied that the bulls were in its market.

With all the indicators pointing out bulls’ presence, the asset will most likely be making its way onto a high of $2. All these signs seemed favorable for the network as it prepares for the ‘Mary’ protocol update, which is scheduled for 1 March 2021.

Altcoins Cardano Crypto News Market Analysis
Disclaimer
Read More Read Less
The information provided on this website shouldn’t be considered as investment, tax, legal, or trading advice. Morning Tick is not an investment advisory platform, nor do we intend to be. The publication, its’s management team, or authored-by-line doesn’t seem liable for your personal financial losses, which may be due to your panic decisions based on the content we published. We strongly recommend considering our stories as just a piece of information, unlike advice, recommendations, or requests. Some of the contents may get outdated, updated, or inaccurate despite our profound editorial policies. We urge readers to do their due diligence before making any investments decision with ongoing IDOs, ICOs, IEOs, or any other kind of financial offerings. Few outbound links may be commissioned or affiliated, which helps us grow financially and maintain healthy editorial norms. For more information, visit disclaimer page.
Share. Facebook Twitter Pinterest LinkedIn Email Reddit WhatsApp
Previous ArticleCrypto trading platform 2gether unveils 2GT utility token on Bounce protocol
Next Article PARSIQ Integrates Solana Blockchain on its Platform