Amid rising value, will Bitcoin become the mother of all bubbles? 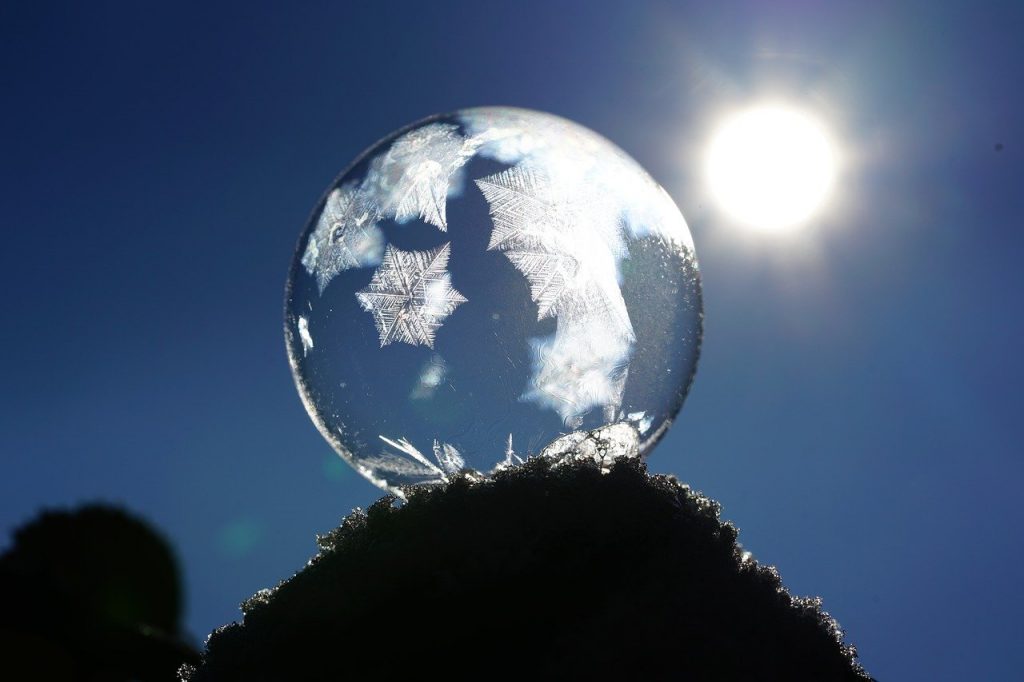 Bitcoin is breaking all records and is continuing to rise surpassing $40,000. These figures have been welcomed by the crypto community with more stakeholders raking up their investments in the digital asset. However, not all are bullish as some experts believe it might not be as rosy as it seems.

For instance, BofA Global Research raised a serious question about bitcoin bursting into a bubble. According to Michael Hartnett, chief investment strategist at Bank of America Securities, Bitcoin looks like “the mother of all bubbles.”

Hartnett added that Bitcoin rose by over 1000% over the last two years. In fact, the staggering rise in Bitcoin’s price from 2019 has accelerated more than other assets which too witnessed massive advances. And, this runup is reason enough for investors to tread carefully and expect a crash.

Sharing a similar sentiment, Mike O’Rourke, chief market strategist with JonesTrading believes that the reason which drove consumers to own Bitcoin – as a backup in the event of the US dollar declining – no more exists after the dollar stabilized recently.

“The bitcoin chasers here are not protecting themselves versus a dollar meltdown, they are simply paying twice as much for an ‘asset’ than they were at Thanksgiving,” O’Rourke said as reported by CNN.

This is hardly the first time Bitcoin has been referred to as a bubble. A similar skeptical opinion was shared by the Professor of Economics at the Stern School of Business at New York University, Nouriel Roubini in 2018 who had said that digital currencies are the “mother of all bubbles” and, have entered an apocalypse. Similarly, co-founder of Convoy Investments, Howard Wang deemed bitcoin to be the biggest bubble known before its sudden collapse in 2017.

Bitcoin to boom or bubble?

On the other side of the spectrum, those who remain loyal to the cryptocurrency cite the adoption of the digital asset by fintech companies such as PayPal and Square as grounds for the ongoing rise in price. Furthermore, the fact that hedge fund managers including Stanley Druckenmiller and Paul Tudor Jones are holding bitcoin has added credibility.

Consequently, despite its volatility, Bitcoin surged more than 20% in the past five days. The asset’s rally escalated the entire crypto industry’s market cap to a record above $1 trillion. These numbers are indeed only the beginning as US financial firm JPMorgan Chase forecasts that the digital currency could be valued at $146,000 if it challenges gold.

While experts expect Bitcoin to blow up, the same can be said about any asset, stock or bond. The key point to note is that Bitcoin is gaining trajectory like never before with demand increasing from across the world. This indeed might cause the price to skyrocket further. As a result, bitcoin’s best days might still be ahead of it. Alternatively, people might lose money in millions due to the digital asset’s volatile nature. Time will tell.

Adoption Bitcoin JP Morgan Paypal
Disclaimer
Read More Read Less
The information provided on this website shouldn’t be considered as investment, tax, legal, or trading advice. Morning Tick is not an investment advisory platform, nor do we intend to be. The publication, its’s management team, or authored-by-line doesn’t seem liable for your personal financial losses, which may be due to your panic decisions based on the content we published. We strongly recommend considering our stories as just a piece of information, unlike advice, recommendations, or requests. Some of the contents may get outdated, updated, or inaccurate despite our profound editorial policies. We urge readers to do their due diligence before making any investments decision with ongoing IDOs, ICOs, IEOs, or any other kind of financial offerings. Few outbound links may be commissioned or affiliated, which helps us grow financially and maintain healthy editorial norms. For more information, visit disclaimer page.
Share. Facebook Twitter Pinterest LinkedIn Email Reddit WhatsApp
Previous ArticleMove over Bitcoin, here’s why Ethereum is the star of this bull run
Next Article Will Bitcoin be the ‘alternative’ to paper money and gold?