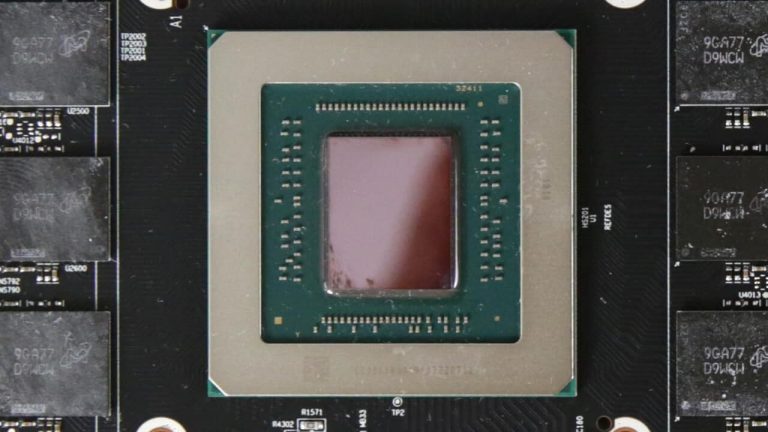 As reported, AMD entry-level Navi 14 GPU models spotted on CompuBench with a device ID AMD 7340:C1. Comparing the AMD Navi 14 GPU performance, it scores higher than the Radeon RX570. It also reveals the RX5500 GPU with 8GB of video memory and 24CUs with a maximum clock frequency of 1900MHz.

AMD Navi 14 GPU is based on the 7nm process just like the existing Navi 10. The Navi 14 was already reported to have 4GB video memory and that give us hints on two version – 4GB and 8GB variants. Also, the spotted listing shows that Navi 14 GPU will come with 24CUs and with a clock frequency up to 1900 MHz. Comparing the OpenCL performance, it scored 10 to 50% better than RX 570.

We expect AMD will announce the Navi 14 GPU on September 7 during the Ryzen 9 3950X launch event. It is also rumored AMD Navi 12 RX 5600 might be revealed on the same day. These upcoming AMD’s graphic cards will be directly competing with NVIDIA GTX 1650 and GTX 1660 GPUs.

However, we still don’t have any confirmation on the launch and price details. It should be priced less than $200 and we hope to get more information about the AMD Navi 14 RX 5500 in coming days.

AMD Consumer Tech
Disclaimer
Read More Read Less
The information provided on this website shouldn’t be considered as investment, tax, legal, or trading advice. Morning Tick is not an investment advisory platform, nor do we intend to be. The publication, its’s management team, or authored-by-line doesn’t seem liable for your personal financial losses, which may be due to your panic decisions based on the content we published. We strongly recommend considering our stories as just a piece of information, unlike advice, recommendations, or requests. Some of the contents may get outdated, updated, or inaccurate despite our profound editorial policies. We urge readers to do their due diligence before making any investments decision with ongoing IDOs, ICOs, IEOs, or any other kind of financial offerings. Few outbound links may be commissioned or affiliated, which helps us grow financially and maintain healthy editorial norms. For more information, visit disclaimer page.
Share. Facebook Twitter Pinterest LinkedIn Email Reddit WhatsApp
Previous ArticleVivo NEX 3 to have waterfall screen, under-screen camera & 3.5mm audio jack
Next Article Realme 5 Pro hands-on image leaked, shows rear-mounted fingerprint scanner