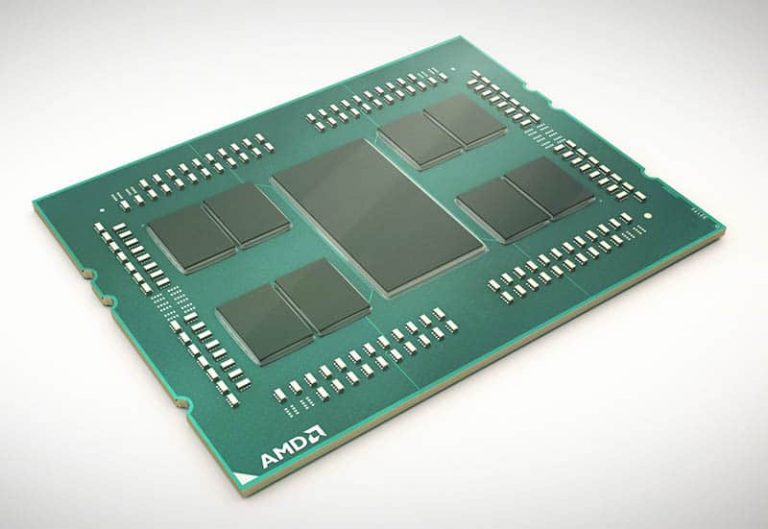 We know that the PC world has been stormed by AMD’s Ryzen 3 series announcements. There was almost a domination in the PC market with Intel’s Core processors in different lineups such as i3, i5, i7 and i9. However, AMD Ryzen series was competing with those processors to some extent until now. But with the launch of Ryzen 3 series, we have seen that AMD’s chips are on par or even better than Intel’s offering. If we look at the price-to-performance ratio, AMD clearly wins but if you look only at performance, Intel has a slight edge.

Having said that, Intel still has a monopoly in one market which is the server market. We know that there are hundreds of datacentres around the world. All these data centres need to be powered by a processor and Intel’s Xeon lineup is dominating here. But we might see a drastic change here as well. Because AMD’s Epyc lineup for the server-side of things is about to get a boost as well.

The company has already announced during the Ryzen 3 announcement that its latest Epyc chips codenamed ‘Rome’ 7nm CPU will come in Q3, 2019. We now have further confirmation that AMD is on track to release these chips by the third quarter of 2019. Apart from that, we have come to know that these chips will have up to 64 cores inside them. And once again, they will be dominating the market when it comes to ‘budget’.

However, it is worth mentioning that server management is where the budget doesn’t generally matter. While gamers and productivity users may go for AMD Ryzen 3 series because of its low price and high performance. Companies who have their data centres running will try to avoid any problems and continue using Intel’s Xeon Platinum range of processors. While saying that, we still believe AMD will manage to break Intel’s monopoly in this market with its latest offerings too.

AMD Consumer Tech
Disclaimer
Read More Read Less
The information provided on this website shouldn’t be considered as investment, tax, legal, or trading advice. Morning Tick is not an investment advisory platform, nor do we intend to be. The publication, its’s management team, or authored-by-line doesn’t seem liable for your personal financial losses, which may be due to your panic decisions based on the content we published. We strongly recommend considering our stories as just a piece of information, unlike advice, recommendations, or requests. Some of the contents may get outdated, updated, or inaccurate despite our profound editorial policies. We urge readers to do their due diligence before making any investments decision with ongoing IDOs, ICOs, IEOs, or any other kind of financial offerings. Few outbound links may be commissioned or affiliated, which helps us grow financially and maintain healthy editorial norms. For more information, visit disclaimer page.
Share. Facebook Twitter Pinterest LinkedIn Email Reddit WhatsApp
Previous ArticleSamsung Galaxy Watch Active 2 launched with ECG pricing starts at $279
Next Article Samsung to unveil 108MP camera sensor on 12th August [Updated]