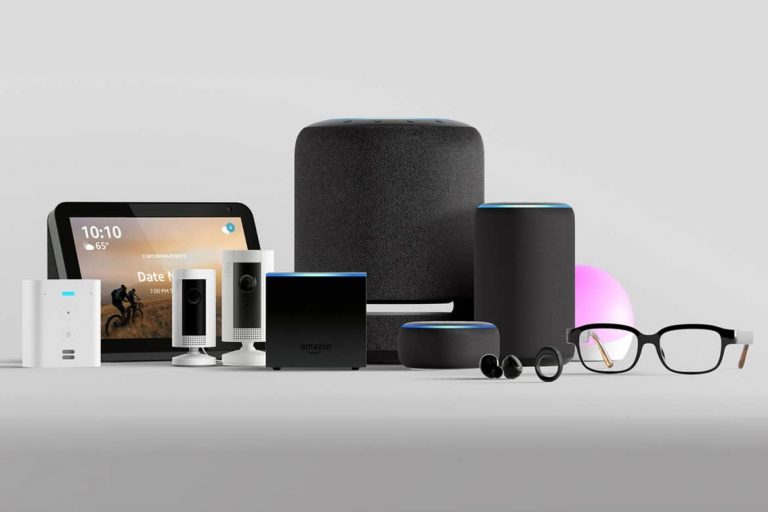 Amazon in its September hardware event 2019, announced a number of devices. Some of them are comes with Alexa enabled features. Amazon have live blogged the event but did not stream it. The event started with a brief presentation by Amazon’s senior vice president of devices, David Limp.

Dave Limp told CNBC’s Deirdre Bosa that Amazon does not look at its products as a profit centre, but as a long term way to keep customers in the Amazon ecosystem. Limp said “We try to price our products effectively at about what they cost to make. We think that’s very aligned with customers, we don’t make a lot of money on them, we don’t lose a lot of money on them, but what we try to do is then make money both for us and developers when customers use the products, not just when they buy them.”

Just like the previous year, the company made so many announcements that will make your head spin. Here, in this article, we will provide a glimpse of all the upcoming products that are discussed in the event.

Amazon’s Echo Dot is going to feature a clock with an LED screen behind the speaker. It will not only display the time but also display the alarm and temperature. Amazon Echo Dot comes with a price tag of 60 US $ and it is now available for pre-order.

The pre-ordering begins today itself. According to Amazon, if the users want to use Echo Dot as an alarm clock ten they can tap to snooze it as well.

In the event, Amazon promoted Echo Studio as “the most innovative speaker we’ve ever built”. It seems that Echo Studio is clearly intended to take on the Sonos One and Apple HomePod. Echo Studio supports Dolby Atmos. Moreover, the device can also be connected with 4K Fire TV devices.

Echo Studio is packed with three mid-range speakers and a 5.25 inches bass driver and bass port. In the event, Amazon said that in order to enjoy 3D audio, all you have to do is just plug the device in, and the device will calibrate the room. The Echo Studio is available for pre-order from today onwards and it comes with a price tag of 200 US $.

This Echo Show 8 is going to be a medium between the Echo Show 10 and the Echo Show 5. More or less, the Echo show 8 has the same camera shutter and design of that of Echo Show 5. As far as display is concerned, it packs an 8 inches HD display. If you are an iPad Echo Dot owner, you might know about the FreeTime feature.

This feature is integrated in the Echo Show 8. Amazon clarified that the FreeTime feature on Echo Show 8 will showcase kid-friendly videos and allow video calls that have been pre-approved by a guardian. It will also allow photo editing with stickers. It is tagged with a price tag of 130 US $ and it is available for pre-order now.

Echo Glow is going to be a new device that joins Amazon’s Alexa enabled device family. It is a kid friendly product that can put on a cascading light show, flicker like a campfire, and set a sleep timer. Echo Glow is tagged with a price tag od 30 US $ and it is now available for pre-order from today onwards.

Amazon Smart Oven is nothing but a smart tech for the kitchen. More specifically, it is a microwave convection oven fryer warmer hybrid that can be controlled with other Alexa enabled devices. Amazon Smart Oven can be pre-order now. It is tagged with a price tag of 250 US $.

Ring Stick Up Cam is a new entry to the Ring line of smart cameras. It is an indoor and outdoor device that features 1080p HD video, motion detection, and night vision. According to Amazon, Ring Stick Up Cam can run on a solar-powered accessory, plugged in, or on a battery. Ring Stick Up Cam is tagged with a price tag of 100 US $ and it is now available for pre-order.

Echo Frames is a smart glass. It does not have a camera or a display. These smart glasses are a part of Amazon’s Day One Editions initiative which the company bills as “a new way for us to get new products out in limited volume, to customers, and to get real feedback — and if customers love them, we will double down and build a lot more.”

It seems that just like the Amazon Echo Look or Amazon Echo Auto, Amazon Echo Frames are an invite-only release. This means all these will be rolled slowly and in a limited volume only. The Echo Frames is tagged with a price tag of 180 US $.

Smart specs! ? Echo Frames let you use @alexa99 on the go and keep your hands, ears, and eyes free. https://t.co/ugT22XhFIn pic.twitter.com/aku0fCuwbV

Echo Loop is an Alexa enabled smart ring that comes with two teeny, tiny microphones and a button for activating the wearable device. Amazon in its hardware event elaborated that when the ring is paired with the user’s phone, it will vibrate to let users know when Alexa is listening. I will also vibrate when a call or notification comes or pops.

Once again, this device is invite-only and not for everyone. Echo Loop is tagged with a price tag of 100 US $.

Echo Flex is a speaker that is specially designed to be plugged into wall outlets.However, instead of for music, according to Amazon, it is intended for Alexa. It features forthcoming accessories like a hallway smart nightlight and Ring-linked motion sensor.

In addition, the Echo Flex comes with a USB charging port for charging other devices as well. Echo Flex is available for pre-order from today onwards and it is tagged with a price tag of 25 US $. Accessories of Echo Flex starts from 15 US $.

However, it is comparable with Samsung’s Galaxy Buds. Echo Buds are equipped with background noise cancellation setting through Bose’s Active Noise Reduction technology. Also, these Echo Buds are compatible with other voice services like Siri or Google Assistant. Echo Buds can be pre-ordered from today onwards. Amazon will start shipping the product in October.

Earlier this year, Amazon took over Eero, the Wi-Fi router company. Amazon disclosed an upcoming Eero device that will feature dual-band radio. It will be powered by TrueMesh technology Eero Secure and Eero Secure+ services will be made available as subscription add-ons.

Frankly, Amazon Eero comes with limited specs but it is worth noting that the price is made much cheaper. Eero is now ready for purchase in the U.S. at the rate of 100 US $ or in a 3 pack for 250 US $. Amazon said Amazon Eero will be released in Europe in November.

Ring Fetch is nothing but a smart tech for your puppy. The device can be clipped onto a dog collar. You will be able to track your dog and check whether your pet has left a certain area or not. Amazon disclosed that Ring Fetch is going to come only in 2020.

In the hardware event, Amazon announced that Amazon will soon introduce a “Home mode” that prevents their devices from recording audio or video. It will also allow users to switch off the microphone or camera.

Other Alexa improvements by Amazon

Amazon is going to make a series of improvements on Alexa. The company revealed a new Alexa features “Doorbell Concierge”. Doorbell Concierge feature adds the voice assistant to Ring smart doorbells. This makes Alexa more conversational while interacting with people at a user’s front door.

Amazon introduced another Alexa feature that uses automatic intelligence to mimic celebrity voices. It comes at the cost of 99 cents. Users will be able to select the voice of a celebrity which will tell them the weather, to set alarms and so on. More or less, the voice will be used as a voice assistant! This feature is expected to roll out later this year.

Amazon also discussed about two new updates over Alexa Hunches that makes suggestions based on your daily behavior. One of the updates will allow Alexa to remind users regarding battery and printer cartridge while the other update brings Alexa Hunches to Alexa routines.

Along with this, Amazon will implement a new Alexa commands which let you delete your stored voice data. All you have to do is say “Alexa, delete everything I said today” and all your today’s stored voice data will get deleted.

What do you think about these newly launched products at Amazon Hardware event 2019? Share your thoughts in the comment section below!

Amazon Consumer Tech
Disclaimer
Read More Read Less
The information provided on this website shouldn’t be considered as investment, tax, legal, or trading advice. Morning Tick is not an investment advisory platform, nor do we intend to be. The publication, its’s management team, or authored-by-line doesn’t seem liable for your personal financial losses, which may be due to your panic decisions based on the content we published. We strongly recommend considering our stories as just a piece of information, unlike advice, recommendations, or requests. Some of the contents may get outdated, updated, or inaccurate despite our profound editorial policies. We urge readers to do their due diligence before making any investments decision with ongoing IDOs, ICOs, IEOs, or any other kind of financial offerings. Few outbound links may be commissioned or affiliated, which helps us grow financially and maintain healthy editorial norms. For more information, visit disclaimer page.
Share. Facebook Twitter Pinterest LinkedIn Email Reddit WhatsApp
Previous ArticleHuami Amazfit GTR smartwatch launched in India for Rs. 9,999
Next Article Huawei Mate 30 Pro is the new leader in DXOMARK rankings – Camera Review