Move over Bitcoin, here’s why Ethereum is the star of this bull run 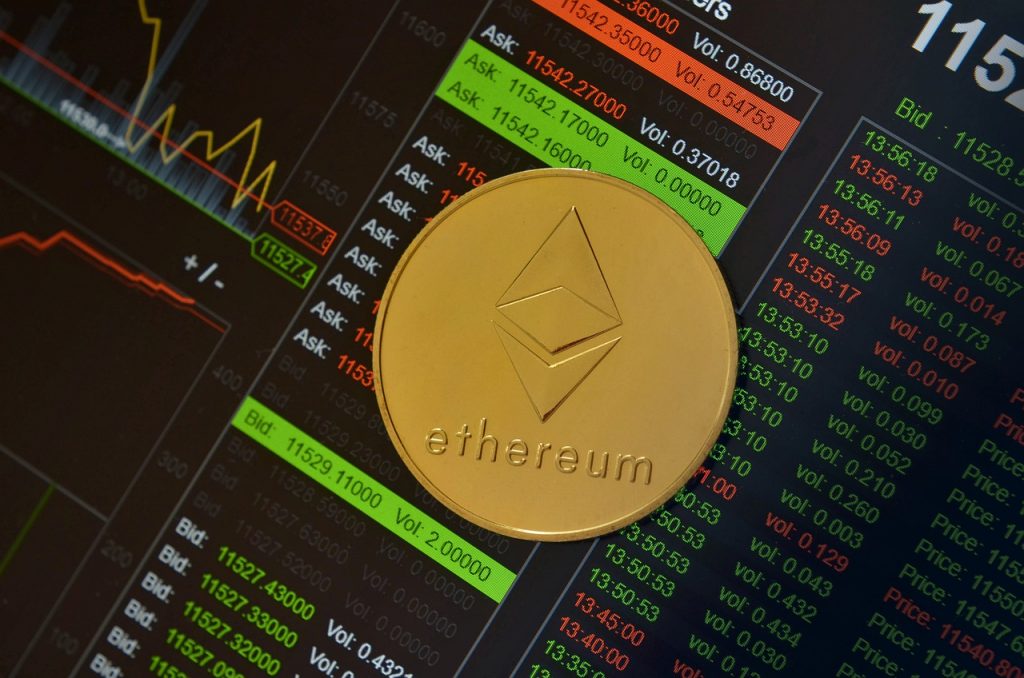 It took more than a decade for the crypto sphere to traverse from its connection with the dark web to a trillion-dollar industry. Several currencies were aiding this journey and Bitcoin [BTC], Ethereum [ETH], along with a few coins managed to bag in mass adoption. While Bitcoin hit a number of all-time highs, institutional investors, as well as the average Joe, poured in their money into the king coin. This wasn’t all, Bitcoin spearheaded the bull run and took along Ethereum with it.

The Ethereum community seemed to be hitting a jackpot. While the network was recently celebrating the success of rolling out Phase zero of Ethereum 2.0, Ethereum’s native currency ETH surged by over 108% in the last month, giving ETH HODLERs another reason to rejoice. The asset’s ability to surpass its previous all-time high of $1,448.18 is being speculated, however, ETH managed to break its own record on Google Trends.

As per data acquired from Google Trends, the interest or the search rate for Ethereum had hit an all-time high. The interest in Ethereum had previously increased during the previous crypto rally back in January 2018. However, the latest numbers surpassed the previous all-time high which further revealed that the globe’s curiosity about Etheruem had soared. Several countries in the European region were seen aiding this search rate. The ongoing bull run is unquestionably the rationale behind this increased interest.

North Macedonia and Kosovo were seen topping the list. While other countries like Slovenia, Nigeria as well as China followed, respectively.

Is ETH gearing up for another all-time high?

Several coins have failed to secure their position in the crypto-verse. Bitcoin and Ethereum haven’t moved from their ranks as the largest and the second-largest cryptocurrencies in terms of market cap. At the time of writing, ETH was trading for $1,195.61 with a rise of over 3.37% in the last 24-hours. The market cap of the altcoin was at $136.44 billion while it bagged gains of over 63% over the week.

Ethereum was still enjoying its stay in the bullish realm. However, the volume in the ETH market was fairly low. The daily moving average formed a bullish crossover and alerted the presence of bulls, but several other indicators were suggesting that ETH could experience a minor blip. The Relative Strength Index indicator pointed out that there was a neutral notion in the ETH market with no major buying or selling activity.

Ethereum exceeded $1K and got the hopes up high of every crypto enthusiast. However, ETH is still dwindling around $1,300 which is acting as a critical line of resistance. While ETH’s journey to a new all-time high remains uncertain, the asset managed to drive interest on Google.

Bitcoin Ethereum Featured
Disclaimer
Read More Read Less
The information provided on this website shouldn’t be considered as investment, tax, legal, or trading advice. Morning Tick is not an investment advisory platform, nor do we intend to be. The publication, its’s management team, or authored-by-line doesn’t seem liable for your personal financial losses, which may be due to your panic decisions based on the content we published. We strongly recommend considering our stories as just a piece of information, unlike advice, recommendations, or requests. Some of the contents may get outdated, updated, or inaccurate despite our profound editorial policies. We urge readers to do their due diligence before making any investments decision with ongoing IDOs, ICOs, IEOs, or any other kind of financial offerings. Few outbound links may be commissioned or affiliated, which helps us grow financially and maintain healthy editorial norms. For more information, visit disclaimer page.
Share. Facebook Twitter Pinterest LinkedIn Email Reddit WhatsApp
Previous ArticleMorgan Stanley picks up 10.9% stake in Bitcoin focused firm MicroStrategy
Next Article Amid rising value, will Bitcoin become the mother of all bubbles?