How ClauseMatch is disrupting regulatory compliance through AI 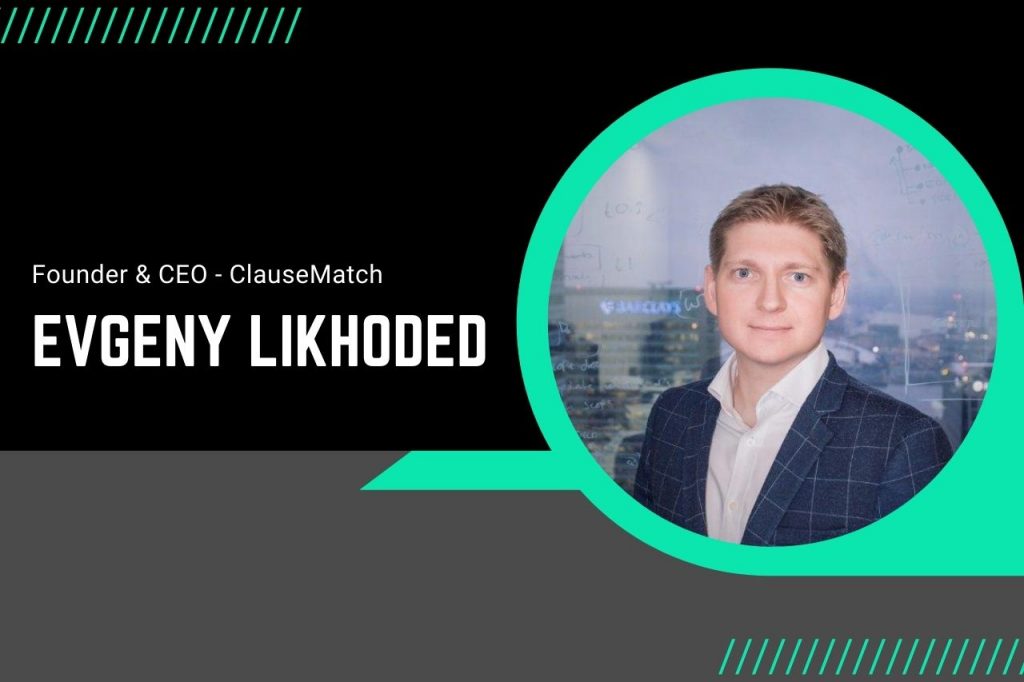 When Evgeny Likhoded was working on regulatory implementation projects at Morgan Stanley, he realized how doing manual paperwork and documentation was the main pain point for financial institutions. In his words, the “internal processes without any technology were not working anymore.” With the aim to “create a real-time collaboration platform allowing compliance risk and legal teams to work on content and documents in real-time,” Likhoded launched AI-based RegTech firm ClauseMatch in 2012.

Essentially, the platform enables users to manage enterprise policies. These compliance documents are required to be refreshed every year and the ClauseMatch platform automates the tasks eliminating operational risks. Alongside, the startup aids in having all the policies and procedures in digital form for efficient regulatory management.

“This will allow people to concentrate on more vital and high-value work rather than admin tasks.”

However, banking institutions have been plagued by manual processes since decades making tasks increasingly time-consuming. Inevitably, the RegTech sector was still in its early days and beset with challenges for Likhoded. He says banks were far from embracing cloud technologies and preferred to use traditional methods in its operations. As he put it: “Seven or eight years ago, not a single bank had departments working in innovation and technology.

“Initially it was challenging to [convince] large financial institutions to use cloud platforms for their confidential and internal documentation,” he continues.

While financial institutions were not easy to embrace technology, the times were a-changin, he says. “Since 2014 we’ve seen a major shift and it’s been driven by the increase in adoption of cloud technologies which were now cheaper and faster to deploy,” Likhoded adds. As a result, in 2016 ClauseMatch signed up Barclays as a client. This deal propelled the startup’s growth and various other institutions started leveraging its regulation and compliance function.

Having tier one banks as clients proved advantageous when it came to funding as VCs were able to see the use case for the RegTech startup. “[VCs] saw that regulations are not reducing but increasing and compliance departments have ballooned in size. Thousands of people working in global tier one banks in compliance functions were taking 15 to 25% of the total operating budget with tools which had not caught up.

“And that’s why the RegTech as a market need has been growing very quickly since the last few years,” Likhoded details. Indeed, numbers are proof that the RegTech sector has gone from strength to strength. According to KPMG’s study, by the end of 2020, RegTech and compliance technology will make up 34% of all regulatory spending by most financial firms. Furthermore, the study predicts that investment in compliance technology will escalate by 48% each year for the next five years.

Likhoded opines that the current ongoing pandemic which has limited companies to work sans physical premises has acted as a catalyst for the sector. “It became very evident that without technology – especially when people are working from home – it’s extremely difficult to keep track of regulations, compliance and make sure that internal processes work well,” he details. “So RegTech as a whole has seen a much faster adoption.”

The Coronavirus-induced lockdown also meant that the startup had to onboard clients digitally. “We saw a spike in demand for online and mobile ID verification platforms. There was also a spike in client onboarding, client servicing tools because suddenly, you can’t have a client come into the branch and therefore require digitization of those processes.”

In addition to client services, regulators were now unable to do on-site regulatory exams and compliance tests with evidence to be provided digitally. “Technology allows you to show the evidence of compliance which is why we will see rapid adoption in the next one to two years,” he adds.

With respect to ClauseMatch, Likhoded admits that business accelerated post the pandemic. “So project deliveries scheduled for 2021 suddenly became Q4 this year,” he says.

ClauseMatch witnessed a boost in its American dream

Apart from scaling in the UK where it is headquartered, ClauseMatch has been spreading across Europe and Southeast Asia. However, it saw a sudden boost after it was chosen in Fintech Innovation Labs’ incubator programme where the startup worked with mentors from international established companies. “In a matter of six weeks we went from giving the first demo to actual implementation after which we’ve seen a really great welcome by American firms for our technology,” he continues.

Consequently, to drum up its operation in the US, the firm launched its New York office last month. According to Likhoded, despite getting a slew of interested parties in the past from the States, the firm took its time to ensure it’s equipped with the relevant regulatory and compliance tools for American markets before entering it. “You have to do it right,” he says.

While it was new territory, it was not as challenging as expected for Likhoded as US firms were quicker decision makers compared to European businesses. “They are more open to technology, software and they implement faster. There is a culture of fail fast so firms try new processes to see how it pans out and this makes it easier for startups to find customers,” he adds.

Furthermore, after the US Department of Justice published a new set of guidelines for financial institutions the market has been increasingly encouraging for ClauseMatch. Per the new regulations, various conventional processes being used by companies were deemed as outdated with the DoJ pushing for tech solutions for regulation compliance.

As the US and governments worldwide have encouraged companies to capitalize on modern technologies, Likhoded says that today, “every single bank is working with disruptive technologies.”

“Before, banks were limited to being institutions for banking but today they are more like technology companies which provide financial services,” he adds.

The sector is witnessing an escalation in digital transformation especially after challenger banks in the likes of Revolut and Monzo have automated regulation processes with the former using ClauseMatch’s platform. “That is because the [startup] approach to compliance is not ‘let’s have a lot of people to figure out how we stay compliant,’ but rather ‘let’s look at compliance as a product, and let’s look at how we can automate and digitize compliance’ making their compliance functions much quicker and efficient,” Likhoded explains.

The future of regulation and compliance in the hands of technology

Given that the RegTech market is expected to be worth $55.28 B by 2025, per Bloomberg, it’s no surprise to see that startups such as ClauseMatch will witness an upward graph. Within less than a decade the firm has secured £9.3m already with VC firms such as Silicon Valley Bank and Index Ventures backing it.

Going forward, Likhoded is bullish about the sector’s trajectory. “Our vision is that in the next 10 years regulations will become completely digital so rather than publishing regulations via websites and PDF documents, regulators will publish them in a digital form enabling banks to consume them via the API.

“And this is how we are [disrupting] the world with our platform,” he concludes.

Featured Funding Startups
Disclaimer
Read More Read Less
The information provided on this website shouldn’t be considered as investment, tax, legal, or trading advice. Morning Tick is not an investment advisory platform, nor do we intend to be. The publication, its’s management team, or authored-by-line doesn’t seem liable for your personal financial losses, which may be due to your panic decisions based on the content we published. We strongly recommend considering our stories as just a piece of information, unlike advice, recommendations, or requests. Some of the contents may get outdated, updated, or inaccurate despite our profound editorial policies. We urge readers to do their due diligence before making any investments decision with ongoing IDOs, ICOs, IEOs, or any other kind of financial offerings. Few outbound links may be commissioned or affiliated, which helps us grow financially and maintain healthy editorial norms. For more information, visit disclaimer page.
Share. Facebook Twitter Pinterest LinkedIn Email Reddit WhatsApp
Previous ArticleTesla Korea announces ‘Tesla Ride’ campaign in Seoul
Next Article Brazilian FinTech SuperSim records $5.6m funding in Series B investment round