Harvard, Yale, Brown universities are investing in crypto, will it push adoption? 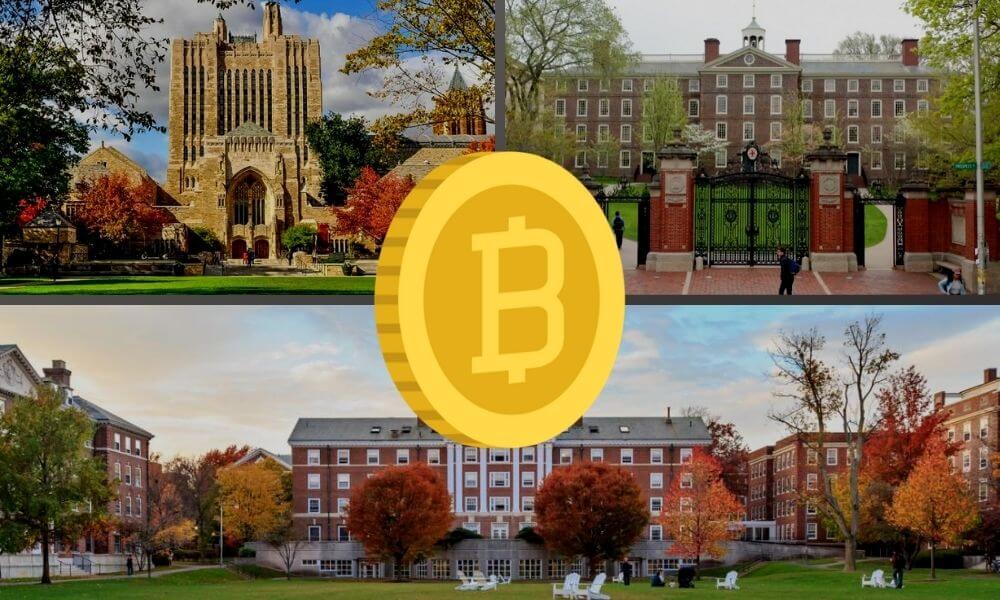 While the Covid-19 pandemic impacted most industries negatively, the crypto sector has gone from strength to strength with more investors and even celebrities investing in assets such as Bitcoin, Eth and XRP.

It’s easy to see why cryptocurrencies are booming as investment solely in Bitcoin is up 278.6% in the last 12 months. Investors in crypto aren’t limited to entrepreneurs and fintech enthusiasts. Now, top tier universities in the likes of Harvard, Yale, Brown and University of Michigan have been the newest addition to the list, according to a report by CoinDesk.

“[A] lot of endowments are allocating a little bit to crypto at the moment,” with aforementioned institutions investing since “at least a year,” the CoinDesk report said.

“I would think they will probably discuss it publicly at some point this year. I suspect they would be sitting on some pretty nice chunks of return.”

According to the report, Yale, Brown, Harvard and University of Michigan declined to comment at the time of writing.

University endowment funds buying cryptocurrency through Coinbase and other exchanges might have a massive impact on the sector escalating the number of potential researchers in the subject.

To put simply, university endowments essentially are large amounts of capital amassed by academic establishments, most of which come in the form of charitable donations. These funds are spent to support further teaching and in-depth research.

To break it down, Harvard’s endowment boasts of over $40bn in assets, while Yale over $30bn and Michigan holds circa $12.5bn. While the exact amount allocated to crypto is unknown, it’s likely that it might be a good percentage of their total assets.

In October 2018, Yale pumped in $400 in Paradigm, a fund launched by Fred Ehrsam from Coinbase and Matt Hang from Sequoia Capital.

In a previous interview, co-founder of BlockTower Capital and former investment manager for the University of Chicago admitted: “If I had heard that three years ago, I would have said it was wrong.

“But a lot of institutions are now comfortable with bitcoin. They understand it and can just buy it directly, as long as it’s from a regulated entity like Coinbase, Fidelity or Anchorage.”

Adoption Crypto News
Disclaimer
Read More Read Less
The information provided on this website shouldn’t be considered as investment, tax, legal, or trading advice. Morning Tick is not an investment advisory platform, nor do we intend to be. The publication, its’s management team, or authored-by-line doesn’t seem liable for your personal financial losses, which may be due to your panic decisions based on the content we published. We strongly recommend considering our stories as just a piece of information, unlike advice, recommendations, or requests. Some of the contents may get outdated, updated, or inaccurate despite our profound editorial policies. We urge readers to do their due diligence before making any investments decision with ongoing IDOs, ICOs, IEOs, or any other kind of financial offerings. Few outbound links may be commissioned or affiliated, which helps us grow financially and maintain healthy editorial norms. For more information, visit disclaimer page.
Share. Facebook Twitter Pinterest LinkedIn Email Reddit WhatsApp
Previous ArticleWhy is the crypto sector witnessing a Bitcoin mining equipment shortage
Next Article After SEC’s accusations, will another lawsuit stall Ripple’s growth?