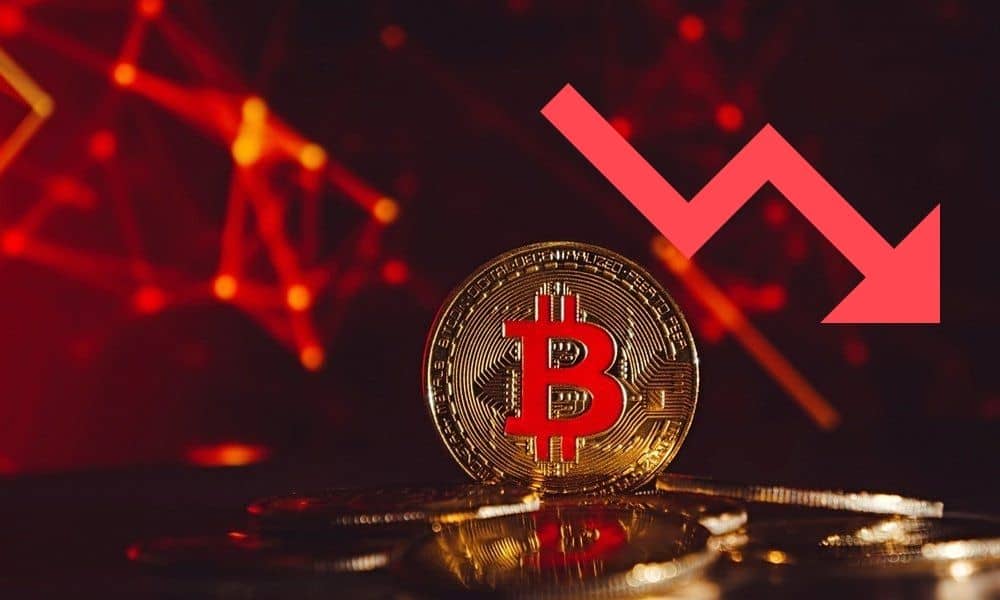 Bitcoin [BTC] users were left with losses yet again as the king coin slumped down to $32K. The digital asset witnessed a drop by around 10% over the last seven days as BTC’s market cap fell to $637.70 billion. However, it’s not just Bitcoin but every other cryptocurrency was seen drowning in the Red Sea during the time of writing.

The one-day price chart of Bitcoin formed a symmetrical triangle pattern. The volume was also seen going earthward in the BTC market on Bitfinex further affirming the credibility of the aforementioned pattern. The direction of breakout during this pattern is usually uncertain. However, the Awesome Oscillator indicator laid out red closing bars suggesting a bearish momentum. The MACD line was overhauled by the signal line which suggested the presence of bears in the BTC market.

The direction of breakout is probably downwards, suggested by the above indicators. The Fibonacci Retracement line revealed that $32,787 could be the next stop for the king coin. If the pattern breaks out further, the asset could go down to $30,429 or 61.8% fib level.

While the value of the king coin was seen growing, several negative comments surfaced. This included the comments of Janet Yellen the nominee for treasury secretary. Cryptocurrencies had to fend off its association with the dark web. However, Yellen went back to affiliating Bitcoin to the dark web and said,

““Cryptocurrencies are a particular concern. I think many are used – at least in a transaction sense – mainly for illicit financing. And I think we really need to examine ways in which we can curtail their use and make sure that money laundering doesn’t occur through those channels.”

This engrossed several members of the crypto community who didn’t wait too long to hit back. The co-founder of Gemini, Tyler Winklevoss took to Twitter to respond to Yellen’s comment.

This is completely false. #Bitcoin is mainly used by citizens to protect themselves against the incompetence and gross negligence of central bankers.https://t.co/mC6J8Sgqj8

The Winklevoss twin wasn’t the only one expressing concerns over Yellen’s latest comment, an array of people joined hands against this.

Bitcoin
Disclaimer
Read More Read Less
The information provided on this website shouldn’t be considered as investment, tax, legal, or trading advice. Morning Tick is not an investment advisory platform, nor do we intend to be. The publication, its’s management team, or authored-by-line doesn’t seem liable for your personal financial losses, which may be due to your panic decisions based on the content we published. We strongly recommend considering our stories as just a piece of information, unlike advice, recommendations, or requests. Some of the contents may get outdated, updated, or inaccurate despite our profound editorial policies. We urge readers to do their due diligence before making any investments decision with ongoing IDOs, ICOs, IEOs, or any other kind of financial offerings. Few outbound links may be commissioned or affiliated, which helps us grow financially and maintain healthy editorial norms. For more information, visit disclaimer page.
Share. Facebook Twitter Pinterest LinkedIn Email Reddit WhatsApp
Previous ArticleBiden to pick ex-Ripple member as OCC head, will it impact SEC-XRP lawsuit?
Next Article How the Chinese New Year will impact Bitcoin prices