Big sell-off ahead? Ethereum and other assets suffer major losses 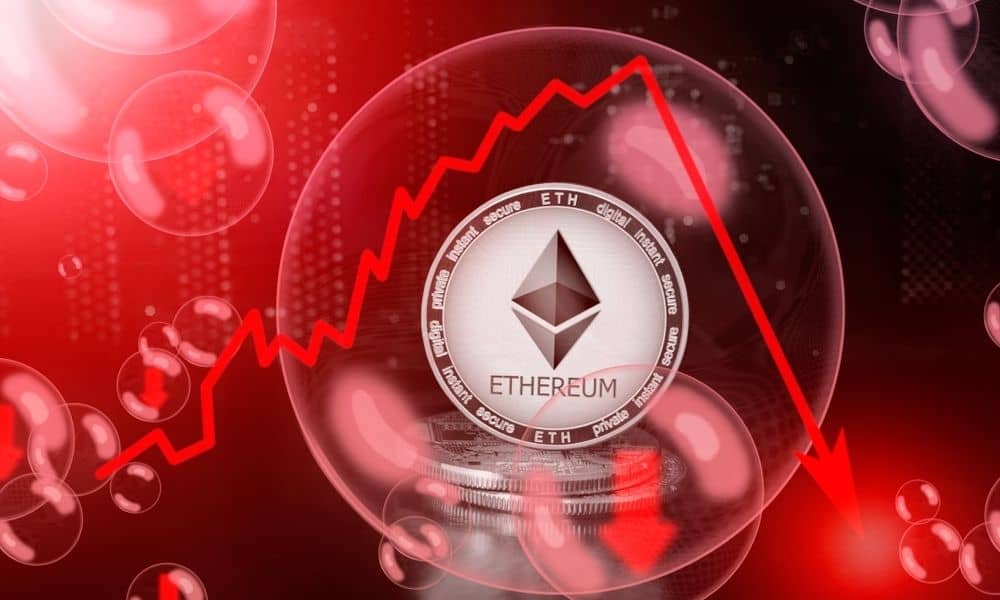 Just a few days ago, the cryptocurrency industry was the talk of the town. With Bitcoin [BTC] surging over $40K, several institutional investors flooded their money into the market. However, the crypto market at the time of writing was seen covered in blood. All the assets, including Bitcoin, was slumping by a huge majority.

Bitcoin SV [BSV] was one of the major losers of this carnage. This fall of these assets got the whole crypto community speculating the possibility of a huge sell-off. Along with this, the market cap of the entire crypto industry dipped down below $1 trillion.

Ethereum [ETH] was one of the stars of the recent crypto rally. The asset grew so close to hitting its ATH, however, it failed to do so. Despite this, the asset garnered immense support from the crypto community. Even Gemini’s Tyler Winkelvoss went on to tweet,

When in doubt, Ethereum

While Ethereum’s price movement got everybody’s hopes up high, the asset was seen significantly plummeting over the last 24-hours. At the time of writing, ETH was trading for $1,104.82  with a 16.47% dip in the last 24-hours.

In the one-day price chart of ETH,  the Bollinger Bands indicator insinuated an increase in volatility. This surge in volatility was dictated by the bands that were diverging.

The Relative Strength Index [RSI] indicator revealed that the asset was heading back from the overbought zone, but still revealed a buyers’ sentiment. Despite, the downfall in the altcoin’s price, the volume in its market was on track.

The bears were in the ETH market. The Parabolic SAR indicator formed dotted lines above the candlesticks on 10 January 2021 and the line seemed to have prolonged over time. This acted as a significant impediment to an upward breakout. The MACD indicator formed a bearish crossover as the signal line took over the MACD line.

While this drop in ETH and several other coins alarmed crypto HODLERS, prominent members of the crypto community including Samson Mow, the CSO of Blockstream as well as Cameron Winklevoss, the CEO of Gemini urged people to “BTFD” [Buy The F**king Dip].

Adoption Ethereum
Disclaimer
Read More Read Less
The information provided on this website shouldn’t be considered as investment, tax, legal, or trading advice. Morning Tick is not an investment advisory platform, nor do we intend to be. The publication, its’s management team, or authored-by-line doesn’t seem liable for your personal financial losses, which may be due to your panic decisions based on the content we published. We strongly recommend considering our stories as just a piece of information, unlike advice, recommendations, or requests. Some of the contents may get outdated, updated, or inaccurate despite our profound editorial policies. We urge readers to do their due diligence before making any investments decision with ongoing IDOs, ICOs, IEOs, or any other kind of financial offerings. Few outbound links may be commissioned or affiliated, which helps us grow financially and maintain healthy editorial norms. For more information, visit disclaimer page.
Share. Facebook Twitter Pinterest LinkedIn Email Reddit WhatsApp
Previous Article4 Reasons why Bitcoin plummeted by 20% on Monday, January 11
Next Article Bitcoiner alerts ‘overconfident HODLers’ after losing 2.6 BTC