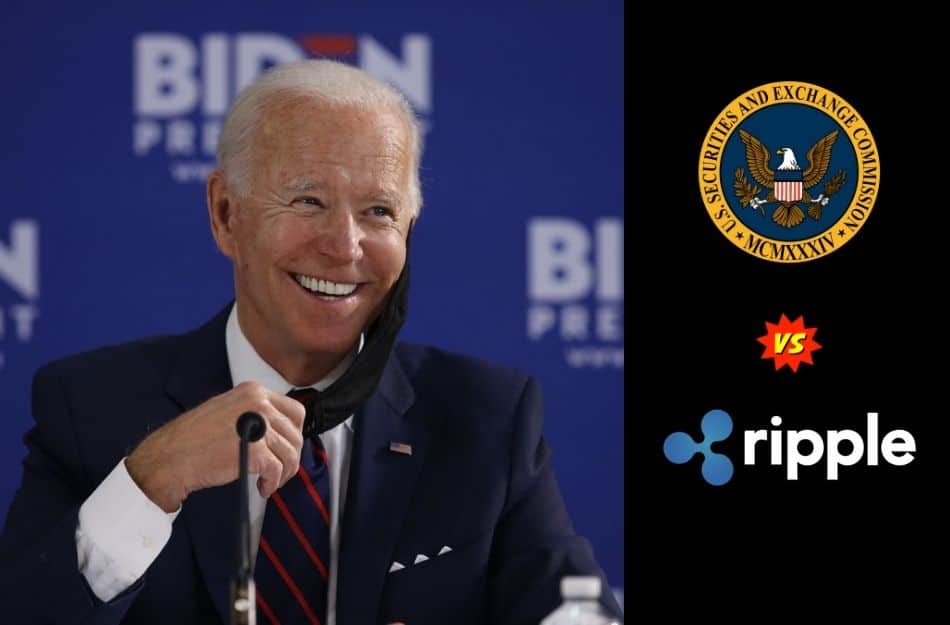 The new Biden era will inevitably see various changes in policies within all sectors with reforms in immigration, health and climate change already happening. Clearly, the new President has made it a priority to reverse the damages caused by his predecessor and is therefore nominating those who can be trusted with bigger decisions.

Now, in a new move, President Biden is most likely to appoint ex-Ripple advisor Michael Barr as head of the Comptroller of the Currency – the treasury office regulating national banks and credit unions – according to a report from The Wall Street Journal.

Barr – similar to his forerunner Brian Brooks – has deep links with cryptocurrency. Brooks who served as the Chief Legal Officer of Coinbase before taking over the OCC role, attempted to make digital assets more mainstream in the finance ecosystem. In fact, under his leadership the OCC published a guidance that banks can use stablecoins for payments. This decision even resulted in him being criticised from some Congressional Democrats.

If Barr gets the role to head the OCC, he will most likely continue to bridge the gap between the government and crypto industry alongside maintaining the guidance that national banks use cryptocurrencies.

Barr’s impact on the crypto sector

Along with a crypto background, Barr’s career boasts of extensive financial experience given his long assosiation in the fintech sector. Apart from being an advisor for Ripple Labs in 2015, Barr served as the assistant secretary at the US Treasury Department for financial institutions in 2009. He was also a key part in drafting the Dodd-Frank Wall Street banking Reform.

Commenting on Ripple’s appointment, Barr admitted that the US payment system is outdated and in dire need for change.

“I think innovation in payments can help make the financial system safer, reduce cost, and improve access and efficiency for consumers and businesses alike,” he said at the time.

It’s important to note that Barr’s former employer Ripple was sued by the SEC for alleged sales of its unregistered security – XRP. While Barr will make the financial industry more crypto-friendly, the question awaiting is that will it also impact the ongoing lawsuit?

Featured Joe Biden Ripple and XRP Ripple Lawsuit
Disclaimer
Read More Read Less
The information provided on this website shouldn’t be considered as investment, tax, legal, or trading advice. Morning Tick is not an investment advisory platform, nor do we intend to be. The publication, its’s management team, or authored-by-line doesn’t seem liable for your personal financial losses, which may be due to your panic decisions based on the content we published. We strongly recommend considering our stories as just a piece of information, unlike advice, recommendations, or requests. Some of the contents may get outdated, updated, or inaccurate despite our profound editorial policies. We urge readers to do their due diligence before making any investments decision with ongoing IDOs, ICOs, IEOs, or any other kind of financial offerings. Few outbound links may be commissioned or affiliated, which helps us grow financially and maintain healthy editorial norms. For more information, visit disclaimer page.
Share. Facebook Twitter Pinterest LinkedIn Email Reddit WhatsApp
Previous ArticleSpiderDAO launches Nests Program with up to 80% APY and bonus rewards
Next Article Bitcoin could bleed down to $30K but investors remain confident of its rise