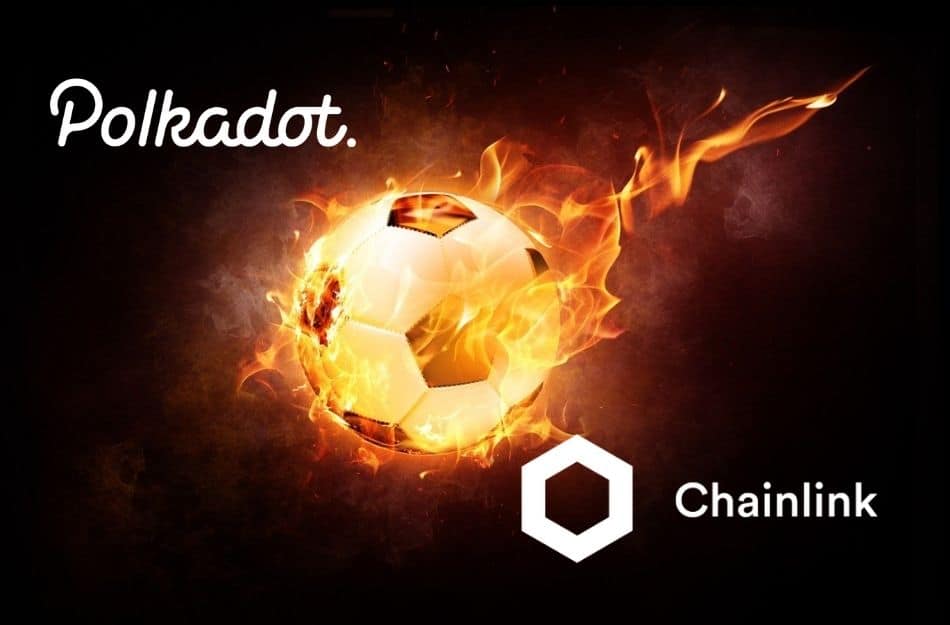 The cryptocurrency market is once again a trillion-dollar industry. While Bitcoin [BTC] has been playing a major role in pushing these figures to the moon, fairly new coins like Polkadot [DOT], as well as Chainlink [LINK], have been aiding this growth.

Polkadot has been moving at an unstoppable phase smashing its individual records. Just today, the altcoin hit an all-time high of $14.86, and with regard to its market cap, DOT ousted Litecoin from the fifth position. The asset now stands as the fifth-largest cryptocurrency with a market cap of $12.67 billion which is very close to XRP whose market cap is $13.2 billion. This abutting distance has caused several to ponder over the fate of XRP.

DOT was on an upward trajectory. The asset had been surging without a hurdle over the past few days. At the time of writing, DOT was trading for $14.09 with a 26.30% surge over the last 24-hours. While this isn’t too far off from its all-time high, the bears had decided to limit DOT’s price growth. In the one-hour price chart of DOT, the volume of the asset in the crypto exchange Binance was seemingly low over the past few hours.

The Parabolic SAR indicator restricted the chances of an upward breakout by installing dotted lines above the candlesticks. The MACD indicator formed a bearish crossover and alerted the market about the bears.

Chainlink to retrace before making its way to ATH

Chainlink was trading at $18.21, which was incredibly close to its all-time high of $19.85. The asset recorded a 14.13% surge in the last 24-hours. However, this journey might be interrupted. LINK seems to be taking a break before its big show. The Klinger Oscillator formed a bearish crossover and affirmed the presence of bears. The Relative Strength Index indicator revealed that LINK was being overbought.

While both these assets managed to retain in the top ten, their price might undergo a little correction before pushing forward. King Cobie took to Twitter to acknowledge the move of these altcoins as he tweeted,

Could this be it? Full ape season?

Altcoins Chainlink Crypto News Featured Polkadot
Disclaimer
Read More Read Less
The information provided on this website shouldn’t be considered as investment, tax, legal, or trading advice. Morning Tick is not an investment advisory platform, nor do we intend to be. The publication, its’s management team, or authored-by-line doesn’t seem liable for your personal financial losses, which may be due to your panic decisions based on the content we published. We strongly recommend considering our stories as just a piece of information, unlike advice, recommendations, or requests. Some of the contents may get outdated, updated, or inaccurate despite our profound editorial policies. We urge readers to do their due diligence before making any investments decision with ongoing IDOs, ICOs, IEOs, or any other kind of financial offerings. Few outbound links may be commissioned or affiliated, which helps us grow financially and maintain healthy editorial norms. For more information, visit disclaimer page.
Share. Facebook Twitter Pinterest LinkedIn Email Reddit WhatsApp
Previous ArticleDespite SEC’s lawsuit, Ripple is scaling up its operations worldwide
Next Article Analysts reveal when Bitcoin will reach six-figures