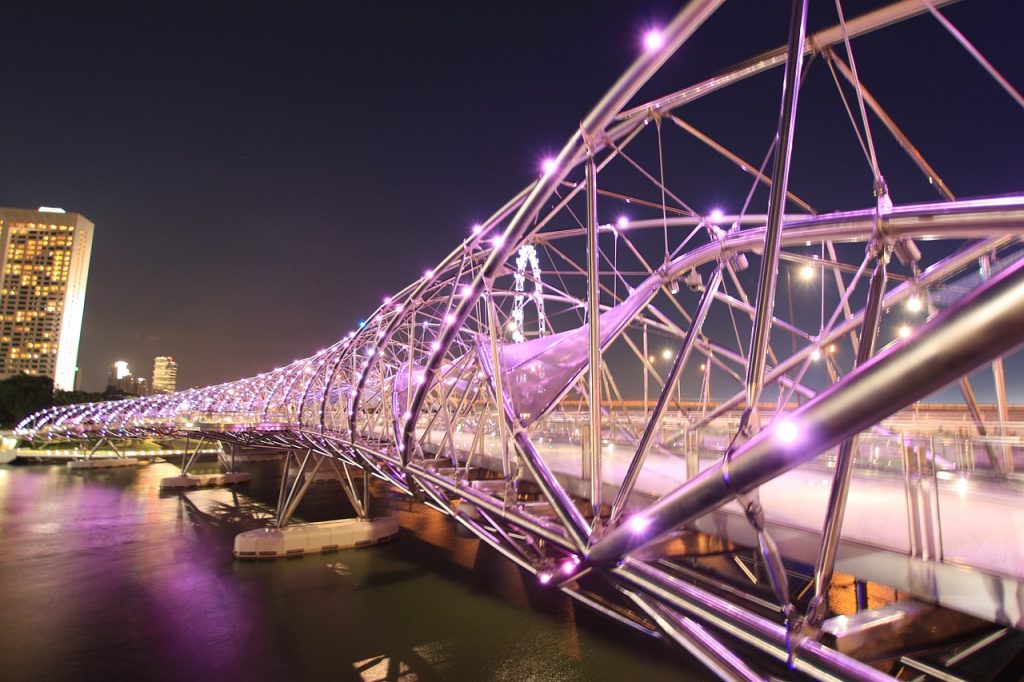 The times are a-changin. From finance to retail, governments and private companies are embracing blockchain technology – more so following the ongoing pandemic. Lately, the Singapore Government has launched the Singapore Blockchain Innovation Program (SBIP), investing SGD $12 million. Funded by the National Research Foundation Singapore (NRF), the project has garnered support from Enterprise Singapore, Infocomm Media Development Authority, and the Monetary Authority of Singapore (MAS), Singapore’s central bank. This move is aimed at developing the infrastructure needed to boost the country’s blockchain industry.

Alongside encouraging businesses to explore innovation arising from the technology and collaborating with other enterprises, the project aims to grow the blockchain sector’s talent pool. It also aims to capitalize on blockchain in sectors such as trade, logistics and overall supply chain.

SBIP plans to tie-up with over 75 global corporations including established and local businesses in a bid to set up 17 projects within the next three years. Currently, the project is making headway in the agriculture sector working with global supply chain platform Dimuto, where it uses blockchain to trace perishable commodities therefore improving farmers’ creditworthiness.

Commenting on this new project, Peter Ong, the chairman of Enterprise Singapore, admitted that blockchain helps “embed trust in applications spanning logistics and supply chains, trade financing to digital identities and credentials.” As a result, more countries will leverage blockchain technology now more than ever.

“COVID-19 has emphasized the need for trusted and reliable business systems in the new digital world,” Ong added.­­

­­Sharing a similar sentiment, IMDA chief executive Lew Chuen Hong said that the project will also motivate more sub-sectors apart from finance to use blockchain. “As the first major industry-driven blockchain research program, our intent is to proliferate blockchain adoption to a much broader set of industries, beyond just finance,” he said.

“These efforts allow Singapore to build a strong blockchain ecosystem and establish our role as a Trust Hub.”

SBIP’s new funding comes at a time when Singapore’s blockchain ecosystem is going from strength to strength. A report released today at Singapore Fintech Festival and Singapore Week of Innovation and Technology deemed SFF x Switch highlighted that the country is leading compared to other countries in the adoption of blockchain.

To add on, Singapore produced the maximum number of blockchain research publications in ASEAN and third highest in the world therefore proving its enthusiasm to increasingly utilize the technology. The report said that the Coronavirus has been a key catalyst in accelerating blockchain to verify health credentials.

As part of the report, a survey conducted by PwC Singapore in July 2020 across various sectors and companies found that almost 50% of respondents said growth in blockchain will hasten with more applications and opportunities in 2021.

Given how the country has added 91 new startups using blockchain taking its total tally to 234 in 2020, it’s easy to see how the country will witness significant growth in 2021.

The survey also found that blockchain emerged as one of the top three tech trends in the country apart from AI and automation. The only challenge slowing the progress of blockchain is lack of awareness and use cases, according to 77% of respondents.

Apart from SBIP, the government has been on a mission to encourage businesses to use blockchain. Project Ubin, MAS’ blockchain-based payment network which was launched in 2016, successfully completed its final tests with over 40 companies in July 2020. The project concluded that using blockchain for cross-border payments can drive greater efficiency for small and big businesses.

Blockchain Government Singapore
Disclaimer
Read More Read Less
The information provided on this website shouldn’t be considered as investment, tax, legal, or trading advice. Morning Tick is not an investment advisory platform, nor do we intend to be. The publication, its’s management team, or authored-by-line doesn’t seem liable for your personal financial losses, which may be due to your panic decisions based on the content we published. We strongly recommend considering our stories as just a piece of information, unlike advice, recommendations, or requests. Some of the contents may get outdated, updated, or inaccurate despite our profound editorial policies. We urge readers to do their due diligence before making any investments decision with ongoing IDOs, ICOs, IEOs, or any other kind of financial offerings. Few outbound links may be commissioned or affiliated, which helps us grow financially and maintain healthy editorial norms. For more information, visit disclaimer page.
Share. Facebook Twitter Pinterest LinkedIn Email Reddit WhatsApp
Previous ArticleMeet Exchase.io: Revolutionary Fintech ecosystem for the next-generation
Next Article Jack Dorsey’s Square on a mission to become zero carbon by 2030