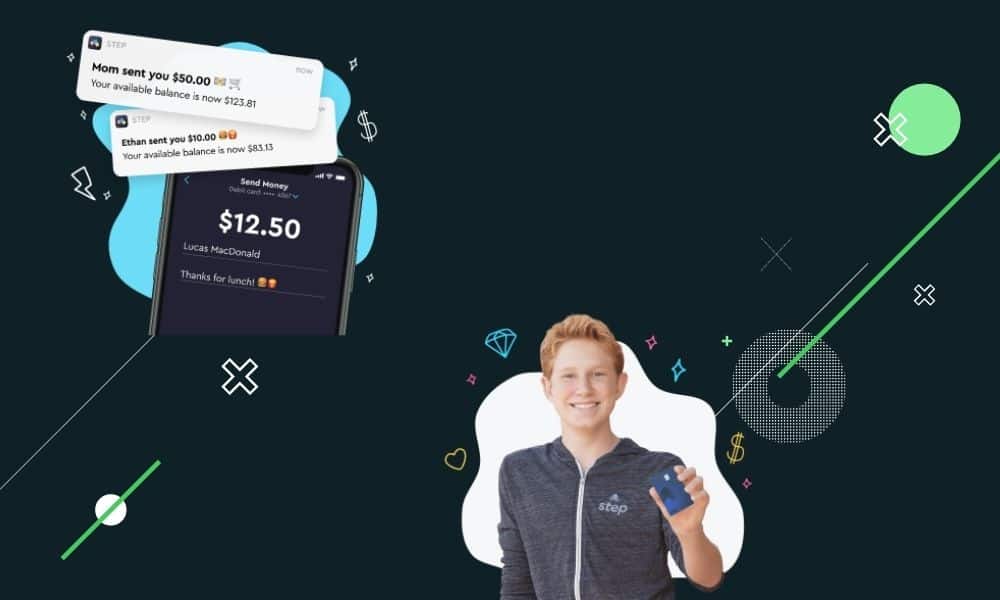 Online banking and financial management is no child’s play. However, it has undoubtedly become a skill which is now a necessity among teens from the get-go. Enter San Francisco-based mobile banking startup aimed at Gen Z, Step which has now announced securing a $50m Series B. The round was led by Coatue, along with returning investors Will Smith’s Dreamers VC, Stripe, Crosslink Capital and Collaborative Fund.

Including the current round, Step has already secured more than $75 million from investors. Steps plan to use this new cash injection to expand its team and scale up the platform. To add on, the fintech platform boasts of more than 500,000 users adding almost 8,000 to 10,000 new users per day since its official launch only two months ago.

Commenting on the latest funding round, founder and CEO CJ MacDonald at Step said:

“Since Step’s launch, we’ve seen massive demand for this new type of all-in-one banking solution, making it much easier for teens to learn about money management.

“We founded Step to help improve the financial future of the next generation and this investment not only validates what we’ve built, but it will also help us continue to innovate and grow with our users.”

Stressing on the importance of financial education and independence from an early age, MacDonald added that “today’s teens grew up in the online world with technology serving as an integral part of their daily lives,” and Step’s mission is to “improve the financial future of the next generation by offering an all-in-one banking solution.”

Furthermore, getting younger investors such as D’Amelio onboard, the platform aims to bridge the financial literacy gap in teens today. As a first-hand user herself, D’Amelio said she realized how the app made managing money easy “while providing the educational resources that today’s teens need but have largely been unable to find,” she said.

“Unfortunately, we don’t always learn much about how to manage or save money as teens, so I’m excited to partner with Step to help teach people at my age about smart money habits,” she added. “Step has been a game-changer – I always know how much money I have to spend and it even makes it simple for me to pay back friends for coffee.”

She plans to use her platform to promote better financial practices to her 100 million TikTok followers.

“As I started making my own money, it was important for me to find a banking app that felt like it was designed for me,” D’Amelio continued. “I’m excited to be able to use my platform to help close this gap and have made a direct investment in Step to help them develop even more useful products.”

Sharing a similar sentiment, Dreamers VC founder Will Smith said that financial education is more important now than ever so fewer monetary errors are made. “As a person who hasn’t always had financial stability, and made many mistakes in that arena as a young man, I know the importance of financial education and having access to economic platforms that can work for everyone,” the Men in Black actor said.

“While I’ve tried to instill that same mentality in my own children it was hard to find a banking platform that was intuitive and met our needs as a family. We’ve reinvested in Step because not only are their products built specifically for teens but they’ve started an important conversation around financial literacy that kids are actually engaged in.”

One of the pain-points for teens is that handling finances can get complicated and even expensive. With no hidden fees or extra charges, Step offers teen users an FDIC-insured bank account, Visa card and a real-time P2P payments platform. All they need to get started is their Step Card.

While the company has entered a popular space which is witnessing a slew of startups being launched, Step makes itself distinct as its ideal customers from ages 13 to 18. Apps such as Venmo, for instance, requires users to be 18 or above as well as have a bank account to link before joining.

Additionally, using the platform aids its young users to develop healthier financial habits such as saving. For instance, the platform saves circa three times of what users spend in a bid to incorporate financial independence and eventually stop using the Bank of Mum and Dad.

In the long-term, the startup might even add a few features to help its users after they turn 18. This startup is surely stepping up the fintech game altogether.

Fintech Funding Startups
Disclaimer
Read More Read Less
The information provided on this website shouldn’t be considered as investment, tax, legal, or trading advice. Morning Tick is not an investment advisory platform, nor do we intend to be. The publication, its’s management team, or authored-by-line doesn’t seem liable for your personal financial losses, which may be due to your panic decisions based on the content we published. We strongly recommend considering our stories as just a piece of information, unlike advice, recommendations, or requests. Some of the contents may get outdated, updated, or inaccurate despite our profound editorial policies. We urge readers to do their due diligence before making any investments decision with ongoing IDOs, ICOs, IEOs, or any other kind of financial offerings. Few outbound links may be commissioned or affiliated, which helps us grow financially and maintain healthy editorial norms. For more information, visit disclaimer page.
Share. Facebook Twitter Pinterest LinkedIn Email Reddit WhatsApp
Previous ArticleChinese financial regulators to impose ‘special’ guidelines for fintech players
Next Article Payments sector to be fastest-growing in fintech, says study