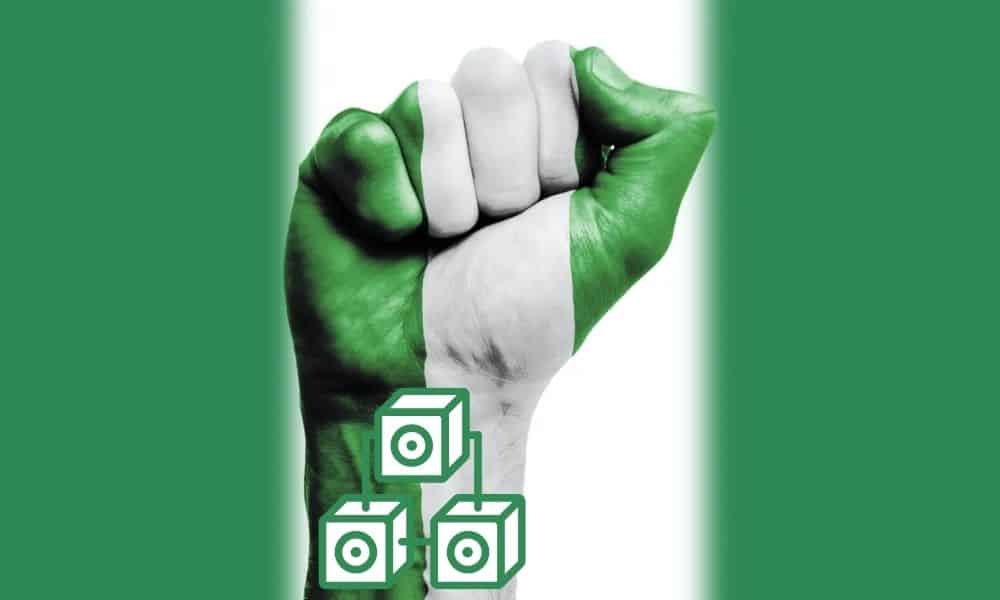 The director-general of Nigeria’s National Information Technology Development Agency (NITDA) recently stated that the country envisages to earn  $6-10b from blockchain technology.

The NITDA director-general Kashifu Inuwa spoke in Abuja, the country’s capital,  at a stakeholders meeting reviewing the National Blockchain Adoption Strategy Framework. This plan, first formulated and drafted in October, seeks to help the Nigerian digital economy to grow.

In his address, Inuwa termed the Nigerian population “digitally naive”, and exuded confidence on the role blockchain technology will play in the nation’s development.

Categorically, he said, “We want Nigeria to be strategically placed to capture value from this economic potential of blockchain…we are looking at how we can get at least around six to 10 billion dollars by the year 2030.”

To drive the point home,  the director-general cited a study by PricewaterhouseCoopers mentioning that blockchain technology would contribute $1.76 trillion to the global GDP by 2030. According to this study, China is likely to capture the highest share, $460b, of this revenue.

How will Nigeria achieve growth?

The Federal Ministry of Communications and Digital Economy of Nigeria has drafted the ‘National Blockchain Adoption Strategy’. The draft highlights a six-point approach to creating new initiatives for Blockchain adoption.

Specifically, the approach includes the creation of a national blockchain consortium and the formulation of a strong legal framework. Also, the government plans to focus on increasing jobs, creating new entrepreneurs and facilitating transparency.

It is noteworthy that Nigeria is already one of the most proactive nations in the blockchain industry. Now, the government plans to regulate the initiative by scaling its adoption across different sectors of the economy.

DG Inuwa said, “We are looking at coming up with a strategy to help the country capture value from financial services, land administration, education, and health care”.

Admittedly, Nigeria has been at the forefront in accepting and adopting blockchain and crypto tech. Even in times of turmoil, specifically during the “END SARS” demonstrations, organizations in the country were accepting donations in the form of digital currencies. Therefore, DG Inuwa’s aspirations for more adoption of the technologies may bear fruit.

Blockchain Government Nigeria
Disclaimer
Read More Read Less
The information provided on this website shouldn’t be considered as investment, tax, legal, or trading advice. Morning Tick is not an investment advisory platform, nor do we intend to be. The publication, its’s management team, or authored-by-line doesn’t seem liable for your personal financial losses, which may be due to your panic decisions based on the content we published. We strongly recommend considering our stories as just a piece of information, unlike advice, recommendations, or requests. Some of the contents may get outdated, updated, or inaccurate despite our profound editorial policies. We urge readers to do their due diligence before making any investments decision with ongoing IDOs, ICOs, IEOs, or any other kind of financial offerings. Few outbound links may be commissioned or affiliated, which helps us grow financially and maintain healthy editorial norms. For more information, visit disclaimer page.
Share. Facebook Twitter Pinterest LinkedIn Email Reddit WhatsApp
Previous ArticleWhatsApp to kickstart payment services in India
Next Article RansomExx ransomware attacks judiciary in Brazil, court data encrypted