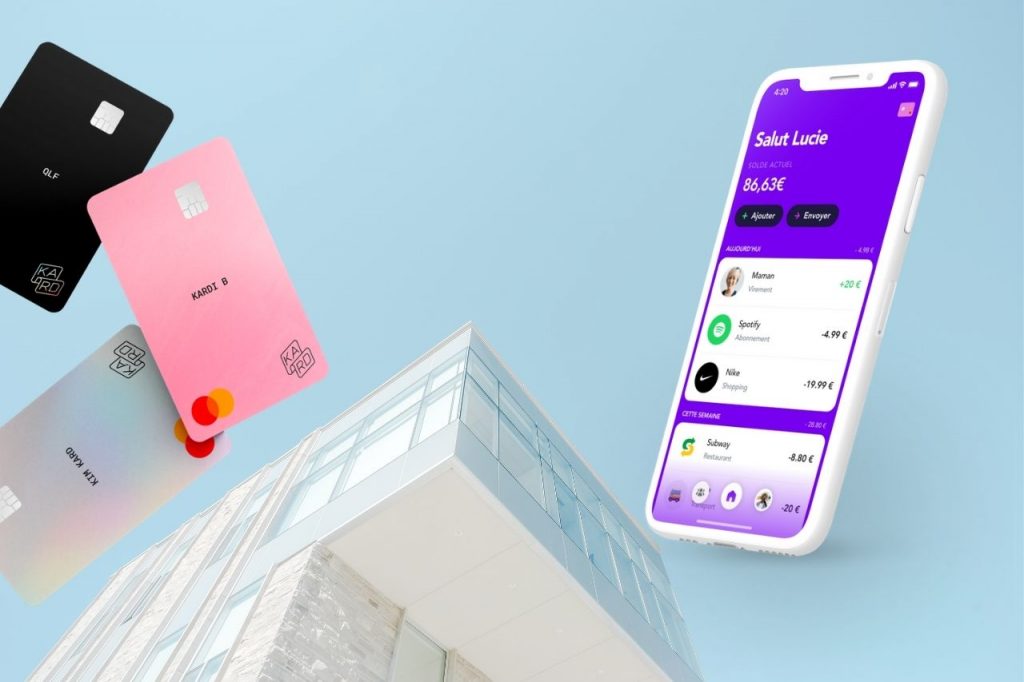 French fintech startup, Kard, has received €3m funding from Founders Future and a few angel investors. Using this financial backing, Kard plans to unveil new additions to its app, especially for parents, and also enrol paid services in the supply chain. The Kard mobile app encompasses all the company’s services in one place.

The GenZ bank materialised in the fintech industry more than a year ago and has since experienced phenomenal success.

Initially, Kard was eying a massive market of French young adults – close to 6 million in number. The company wanted to arm each individual with a  bank account, and a  payment card. With this nascent funding, Kard announced that its first 50,000 customers would continue to receive free services, but every customer after that would have to pay €4.99 per month, per family.

CEO Scott Gordon also launched special in-app services for parents, so that they can be the financial watchdog over their children’s’ economy. Parents would be able to give pocket money with greater ease using Kard, and would also have the liberty to block a child’s card if when obliged. Apparently, this fits well with  Kard’s plan to secure more family units into its customer base.

Kard holds a unique position in the financial market. The company is targeting an audience that has never been tapped – a large population of adolescents who do not have any other bank account yet. It’s noteworthy that opening a Kard account is much easier than opening any other banking account in France.

When the app debuted 18 months ago, CEO Gordon said, “Gen Z is a generation that has been forgotten by traditional banks”. That scenario has changed now, especially in Europe. With neobank-esque startups rising daily, and large companies also tapping into the young-adult agenda, Kard is looking at tough competition in the Eurozone.

The company has received consistent backing from investors, and reportedly also has “personality”.  It has also featured in most ‘expected to perform in 2020’ startup lists. These are clear indications that Kard’s expansion plans will proceed smoothly.

Financial Services Fintech Funding Startups
Disclaimer
Read More Read Less
The information provided on this website shouldn’t be considered as investment, tax, legal, or trading advice. Morning Tick is not an investment advisory platform, nor do we intend to be. The publication, its’s management team, or authored-by-line doesn’t seem liable for your personal financial losses, which may be due to your panic decisions based on the content we published. We strongly recommend considering our stories as just a piece of information, unlike advice, recommendations, or requests. Some of the contents may get outdated, updated, or inaccurate despite our profound editorial policies. We urge readers to do their due diligence before making any investments decision with ongoing IDOs, ICOs, IEOs, or any other kind of financial offerings. Few outbound links may be commissioned or affiliated, which helps us grow financially and maintain healthy editorial norms. For more information, visit disclaimer page.
Share. Facebook Twitter Pinterest LinkedIn Email Reddit WhatsApp
Previous ArticleCIA’s latest initiative promises Blockchain, DLT, AI, and Machine Learning research
Next Article Cisco: Fileless Malware responsible for 30% of cybersecurity threats