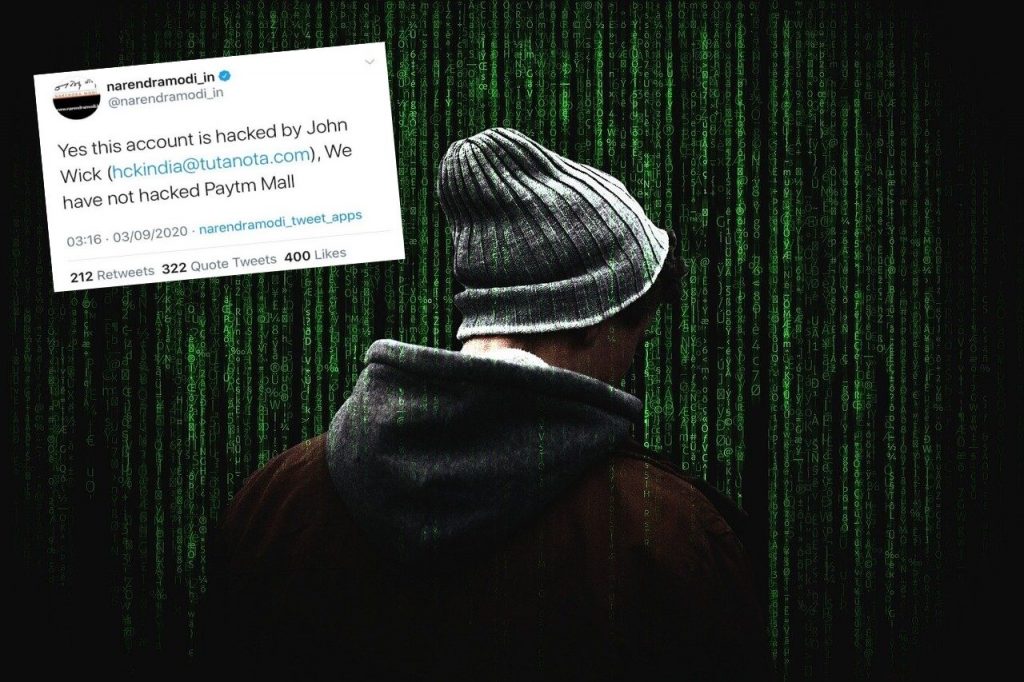 Twitter confirmed the security breach and assured that an active investigation was taking place. The hacked account, which has more than 2.5 million followers, has not been deleted and is posting regular updates currently. Malicious tweets have been taken down. PM Modi’s personal Twitter account is unaffected.

Indian press reports suggest that a hacker named “John Wick” has claimed responsibility for this act. This information was found in a screenshot where the hacker tweeted it out saying “yes this account is hacked by John Wick (hckindia@tutanota.com)”. This tweet was later deleted.

This incident follows the July hacking of prominent American twitter accounts – Jeff Bezos, Elon Musk, Joe Biden, to name a few – by BTC scammers. Today’s events follow the same modus operandi of asking for bitcoin donations via Twitter accounts of notable people. However, the perpetrators for this hack were apprehended by American authorities. Therefore, the identity of today’s hackers remains a mystery.

The use of cryptocurrencies for illegal activities is being seen proactively in online scams because BTC and other cryptocurrency transactions are invisible to regulatory authorities. The Indian government has not held a stance on the use of digital currency yet.

Cyber Security Featured Security
Disclaimer
Read More Read Less
The information provided on this website shouldn’t be considered as investment, tax, legal, or trading advice. Morning Tick is not an investment advisory platform, nor do we intend to be. The publication, its’s management team, or authored-by-line doesn’t seem liable for your personal financial losses, which may be due to your panic decisions based on the content we published. We strongly recommend considering our stories as just a piece of information, unlike advice, recommendations, or requests. Some of the contents may get outdated, updated, or inaccurate despite our profound editorial policies. We urge readers to do their due diligence before making any investments decision with ongoing IDOs, ICOs, IEOs, or any other kind of financial offerings. Few outbound links may be commissioned or affiliated, which helps us grow financially and maintain healthy editorial norms. For more information, visit disclaimer page.
Share. Facebook Twitter Pinterest LinkedIn Email Reddit WhatsApp
Previous ArticleHuawei shifts focus to Russia and Cloud Tech post-ban in US
Next Article PSA-Total duo all set to pilot ‘Airbus Battery Project’ in Europe