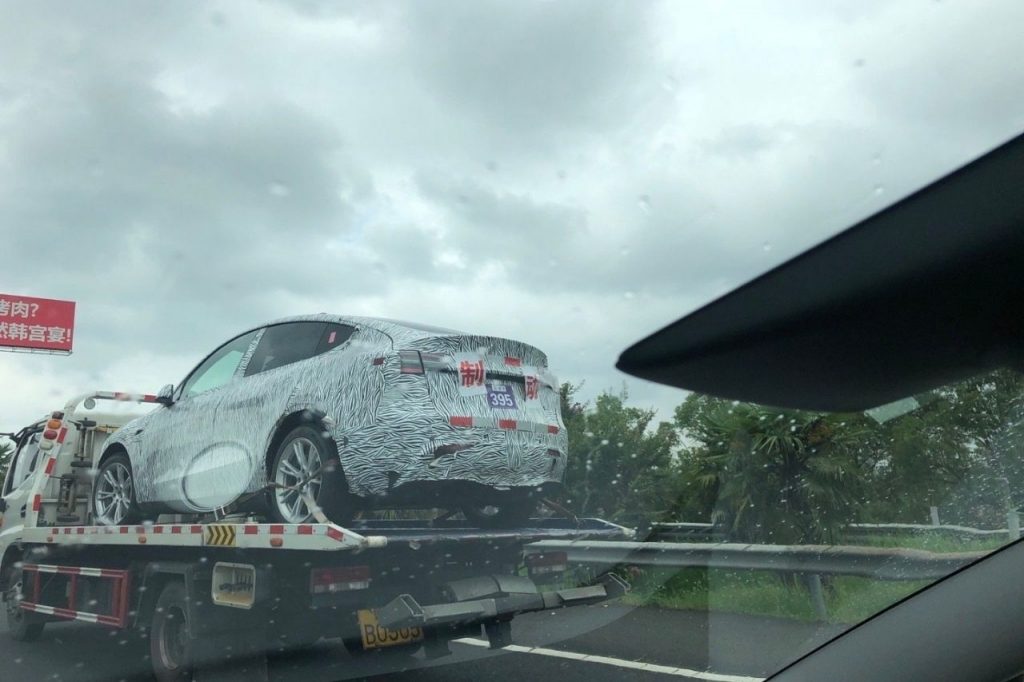 Tesla Motors all set to launch the made-in-China (MIC) version of the country’s Model Y in Q1 2021. However, a test model of the all-electric crossover was spotted on a Chinese highway last week. The car was aboard a flatbed, most probably going to its test-drive destination.

A passerby captured the car in photographs and published them on social media, leading to speculation about the launch of the Model Y. If the test-drive is in progress in Q3 2020, there is a reason to expect the launch in Q4 this year.

Chinese local media reported that the construction of Tesla’s Model Y production line in the Shanghai Gigafactory has come to an end. “construction activity is at its lowest level in several months”, according to aerial surveillance reports.

Tesla also recently hired a large number of operators in the Shanghai factory, and 900 of these jobs are related to manufacturing in Phase 2 of the factory, dedicated to the production of Model Y.

These events are stoking the fire of Tesla’s MIC Model Y early launch.

Automotive China Featured Tesla
Disclaimer
Read More Read Less
The information provided on this website shouldn’t be considered as investment, tax, legal, or trading advice. Morning Tick is not an investment advisory platform, nor do we intend to be. The publication, its’s management team, or authored-by-line doesn’t seem liable for your personal financial losses, which may be due to your panic decisions based on the content we published. We strongly recommend considering our stories as just a piece of information, unlike advice, recommendations, or requests. Some of the contents may get outdated, updated, or inaccurate despite our profound editorial policies. We urge readers to do their due diligence before making any investments decision with ongoing IDOs, ICOs, IEOs, or any other kind of financial offerings. Few outbound links may be commissioned or affiliated, which helps us grow financially and maintain healthy editorial norms. For more information, visit disclaimer page.
Share. Facebook Twitter Pinterest LinkedIn Email Reddit WhatsApp
Previous ArticleRemitly sees more than 200% growth in its mobile wallet usage in 2020
Next Article Huawei shifts focus to Russia and Cloud Tech post-ban in US