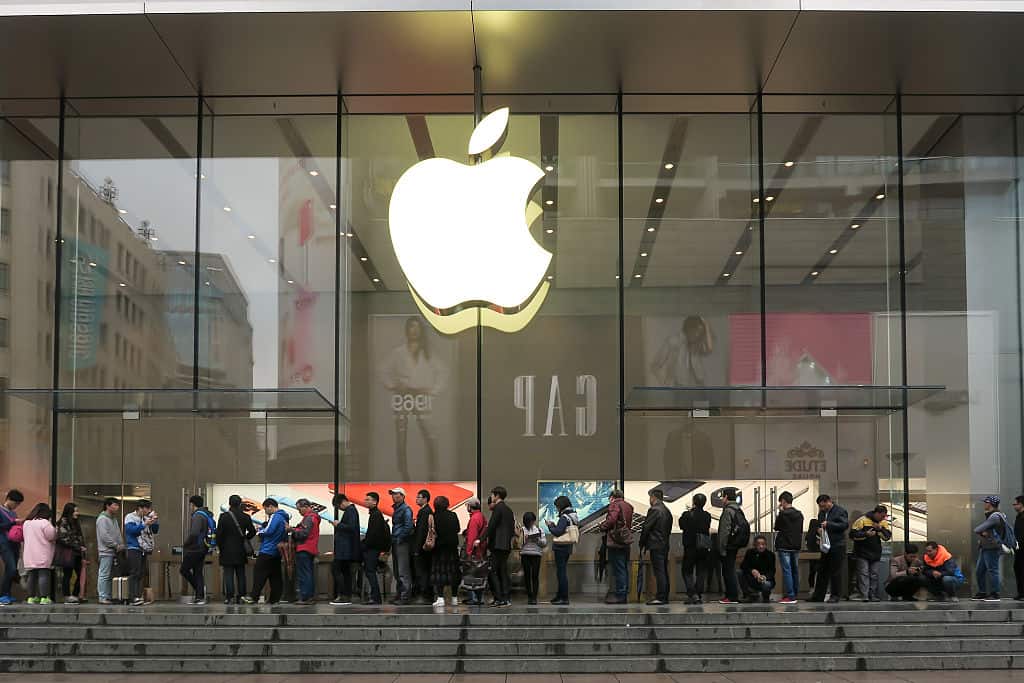 In Q3 2020, Apple saw significant profits in the most populous country in the world, China. The tech mogul generated a revenue of $9.3bn there for the company’s third fiscal quarter ending in June. That is an increase of 1.9% year-on-year.

This performance can be attributed to a glorious rise in iPhone and iPad sales, along with revenue generated from services like AppStore and Apple Music. Apple services and the iPad saw record sales in June, according to the company.

Apple CEO Tim Cook, speaking about Q3 reports, said, “iPad was helped in June there (China) by work from home and distance learning, as it was in other geographies. And services set a new June record there”.

Even though Apple was forced to close its stores due to the Covid-19 pandemic, iPhone sales skyrocketed in the June quarter. Apple sold 13 million iPhones in the April-June quarter, up 62% year-on-year. This was a 225% growth from Q1 2020 sales of the iPhone – 4 million. The significant rise in sales is because of the cheaper iPhone SE as well as the discounts on the popular iPhone 11.

Speaking about the Mac and the iPad, Tim Cook said, “We also continue to see extremely high new customer rates on Mac and iPad there. To give you a perspective, about three out of four customers that are buying the Mac are new in China and about two out of three that are buying the iPad are new. And so these are numbers that we’re super proud of.”

Apple’s Board of Directors has approved a four-for-one stock split. It means that for every Apple share bought by an investor, they receive three more shares. This also makes Apple stocks more affordable at approximately $100/share. They are currently trading at $380 per share.

The shares will be distributed to shareholders at the close of business on August 24, and trading will begin on a split-adjusted basis on August 31.

According to a report published by MacRumors, Apple is expected to launch the new iPhone later than usual this year. CFO Luca Maestri said that they would be “available a few weeks later.”

Qualcomm also said that there would be a “slight delay” of a “flagship phone launch” in the fourth quarter, which corresponds with the time when Apple unveils the new iPhone.

Apple Business China
Disclaimer
Read More Read Less
The information provided on this website shouldn’t be considered as investment, tax, legal, or trading advice. Morning Tick is not an investment advisory platform, nor do we intend to be. The publication, its’s management team, or authored-by-line doesn’t seem liable for your personal financial losses, which may be due to your panic decisions based on the content we published. We strongly recommend considering our stories as just a piece of information, unlike advice, recommendations, or requests. Some of the contents may get outdated, updated, or inaccurate despite our profound editorial policies. We urge readers to do their due diligence before making any investments decision with ongoing IDOs, ICOs, IEOs, or any other kind of financial offerings. Few outbound links may be commissioned or affiliated, which helps us grow financially and maintain healthy editorial norms. For more information, visit disclaimer page.
Share. Facebook Twitter Pinterest LinkedIn Email Reddit WhatsApp
Previous ArticleCryptocurrency hardware wallet ‘Ballet’ reaches $21m in customer deposits
Next Article Tesla launches subscription-based ‘Premium Connectivity’ service in South Korea