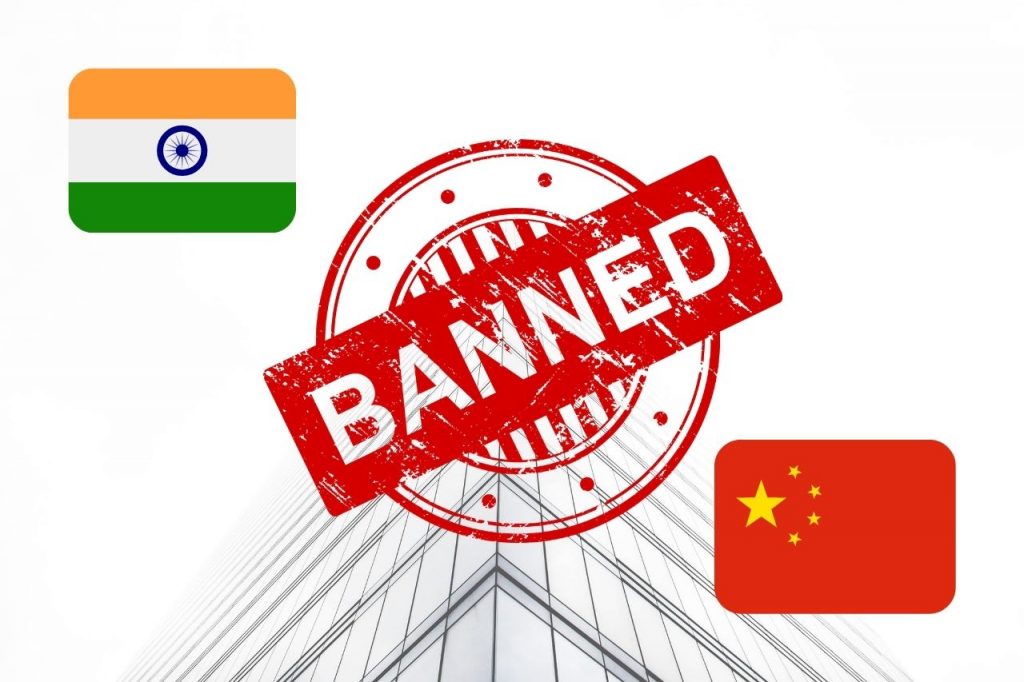 Recently, the Indian Government has banned 59 apps of Chinese origin or relation, citing concerns of data security and privacy.

This has been followed by a list of 275 more apps being drawn for scrutiny. The Government of India has banned 47 out of these.

A Microsoft News report says that the new list of 47 banned apps will be released soon and is most likely to include alternatives or lite versions of the apps that were previously banned in the country on June 29.

Some of these include TikTok Lite, Helo Lite, ShareIt Lite, Bigo Lite, and VFY Lite, all of which are reportedly unavailable on the Google Play Store and Apple App Store.

According to the Ministry official, “The apps were found to be operating despite the ban via these versions. They have been taken down from application stores.“

The Ministry has written to all the companies concerned and said that making the apps available, directly or indirectly, would violate the IT Act and other laws.

A report published by Republic TV contains the statement from the Chinese Foreign Ministry spokesperson Zhao Lijian, which says “I want to stress that the Chinese government always asks the Chinese businesses to abide by international rules, local laws and regulations in their business cooperation with foreign countries.”

The new list of 275 apps for scrutiny includes PUBG, backed by Chinese internet major Tencent, Zili by Xiaomi, and Resso and ULike from TikTok producer ByteDance.

The reputed and widely played battle royale game PUBG (PlayerUnknown’s BattleGround) is owned by the Chinese company Tencent. This means PUBG might face a ban in India, where it has approximately 175 million (24% of total) downloads. It faced a ban in Pakistan in early July that was revoked on July 24.

The initial list of 59 apps included a ban on TikTok, which had a considerable user-base in India. This has prompted a significant number of those users to move to apps like Zili, manufactured by Xiaomi, which offers the same services.

These lists are intended to throw light upon the working and funding of these Chinese apps. This is because China has a law that allows it’s Government to retrieve data from private Chinese-origin firms; data that will include information of Indian clients and users.

The new list of 275 apps contains apps made by corporations in which Chinese companies hold a share. An example is the Swedish producer Supercell, in which Tencent recently bought a majority stake.

14 Xiaomi apps, as well as apps from other Chinese companies like Meitu, LBE Tech, and Sina Corp, are also present in the list.

Finding due process for issuing a ban

Chinese apps are present in approximately 300 million smartphones in India, providing Chinese companies with that many unique users. The Ministry of Electronics and Information Technology is looking to investigate all possible apps for data leaks and funding compromises. It is also looking to formulate a process for landing a ban on apps that are flagged dangerous for data privacy.

A panel has been set up to deliberate the responses of Chinese tech companies whose apps were in the initial list of 59. The deadline for these responses expires at the end of this week.

As a summary of the problems, Economic Times says “Asia’s fifth-largest economy is now a battleground for Chinese and American internet majors that are vying to dominate one of the world’s largest and most open internet markets, with an estimated base of 450 million smartphone users.”

An example of this battle is the development and launch of ‘Instagram Reels‘ by American corp Facebook as a substitute for Chinese app TikTok.

There are clear ‘economic competition‘ undertones to this move, but it is being explained as ‘a move against data leaks’.

These moves are coming amidst a geopolitical crisis between India and China, following the recent clash. The Chinese have specified their concern about the bans.

Apps China India
Disclaimer
Read More Read Less
The information provided on this website shouldn’t be considered as investment, tax, legal, or trading advice. Morning Tick is not an investment advisory platform, nor do we intend to be. The publication, its’s management team, or authored-by-line doesn’t seem liable for your personal financial losses, which may be due to your panic decisions based on the content we published. We strongly recommend considering our stories as just a piece of information, unlike advice, recommendations, or requests. Some of the contents may get outdated, updated, or inaccurate despite our profound editorial policies. We urge readers to do their due diligence before making any investments decision with ongoing IDOs, ICOs, IEOs, or any other kind of financial offerings. Few outbound links may be commissioned or affiliated, which helps us grow financially and maintain healthy editorial norms. For more information, visit disclaimer page.
Share. Facebook Twitter Pinterest LinkedIn Email Reddit WhatsApp
Previous ArticleCrypto lending platform Celsius Network secures over $18.8m in ‘unique’ funding round
Next Article Tesla to hire designers for its Shanghai Gigafactory