Jon Prosser of FRONT PAGE TECH, a YouTube channel, has released information that Apple will announce smart glass, Apple Glass, in the fourth quarter of 2020. He has attracted attention for his announcement of the iPhone SE’s release date and is known as a reliable source of leaks.

In addition, it is compatible with wireless charging, and the prototype is manufactured in plastic. At the stage to be commercialized, materials similar to other products, such as stainless steel, seem to be chosen.

Apple Glass is expected to project information onto the lens like a smart glass in the past, but is it possible for Apple Glass users to communicate with each other? This depends on how popular Apple Glass is, but the UX should change a lot from looking at the target unilaterally from here and communicating with apple glass users.

Can you explain what you see in the glass when you travel? Is it an image of exchanging glasses with colleagues in the office again?

Google Glass in 2014 was said to be a failed project, but apple’s challenge may work.

Read More
Although the battle royale has added a limited time solo mode last month, it could obviously be perceived that Apex Legends are not far behind to enrich emotion in their players even though they are decreasing daily. In …

Read More
Philips officially launched its new affordable touch screen monitors called 242B9T with a plethora of ports and features. Using a touch screen monitor is like using portable laptops and mostly home consumers never seek for such monitors. If … 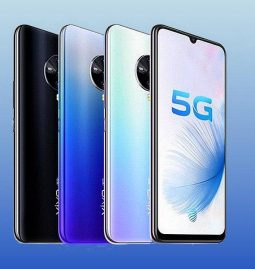 Read More
Today, Vivo unveiled Vivo S6 through online launch even.  The smartphone comes with the super-fast 5G connectivity support and new features at an affordable price tag. This time the company focused on camera features and on gaming. In …